Who benefits from the barren state of Nigeria 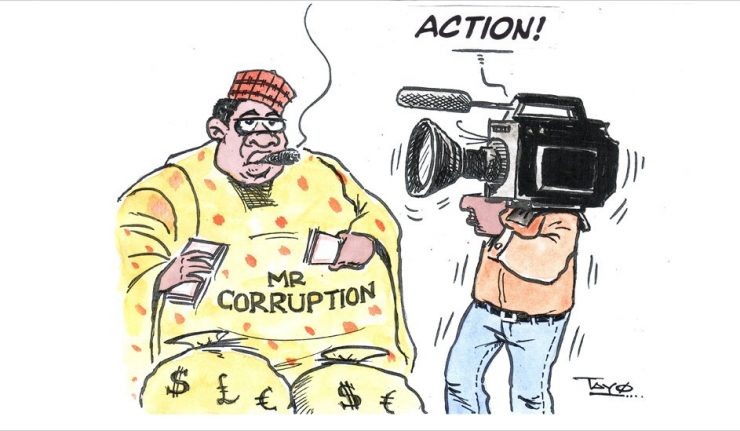 Frequently, we hear of some cabals who benefit from Nigeria’s state of industrial barrenness. The people who will not agree to any reorganization of Nigeria for equity and justice. And the question has always been: Who are the some? Who are the ‘some’ that are already enjoying in the present state of the country? Who benefits from the present state of poverty and unproductivity in Nigeria?

Unfortunately, in Nigeria the system of production in Nigeria has been structured in such a way that Nigeria only supplies its crude resources to other countries. The other countries then produce what Nigeria needs and sell to Nigeria. Hence, the many materially successful people in Nigeria are not necessarily rich because of their productivity, but because of their access to the exported crude resources or the imported finished goods. This article is an attempt to answer the bigger question: “Why restart Nigeria when some people are already developed and are enjoying?”

Arkad, the richest man in Babylon maintains that “No man’s family can fully enjoy life unless they do have a plot of ground wherein children can play in the clean earth and where the wife may raise not only blossoms but good rich herbs to feed her family.” (George S. Clason) Similarly, no nation can fully enjoy life unless the citizens have access to the resources of her territory to feed their needs. A nation is as strong as its citizen’s ability to possess and

protect its land. They are as rich as the citizen’s ability to extract, process and distribute its resources for their sustenance. This is the distinguishing factor between developed nations and the aspiration of developing nations.

However, some people in the developing nations choose to give away the control of its resources to foreigners, as long as they obtain some benefits for their treachery. They collaborate with the foreigners for the exploitation of indigenous resources. Also, they are supported by the political and military powers of those foreigners to uphold the barren politico-economic structures imposed by foreigners. They are the ‘some’ who benefit from the misfortune of Nigeria’s inability to possess, extract, process and distribute her resources.

“Ala adiro mma bu uru ndi nze” is an Igbo expression which implies that “a misfortune in the land is an opportunity for some privileged citizens”. The misfortune of Nigeria’s unproductivity is an opportunity for those who have aligned with foreigners to extract, process and resell the nation’s resources. These few who benefit from Nigeria’s sorry state do not include those who have worked industriously to establish their services in the harsh economic atmosphere of the nation. Rather, they are those who live large on account of their roles in sustaining the faulty Nigerian structure. Some of them are mentioned below:

Foreign Companies: the basis of economic influence is in the possession, extraction, processing and distribution of human and natural resources. He who controls the means of production controls the state. Oil and mineral exploration companies in Nigeria will prefer that Nigerians should never learn or come to know how to process crude oil, so that Nigeria will be perpetually in need of their oil services. Also, foreign electronics, textile, food and machinery companies will prefer that Nigerians should remain in their technological ignorance. They will prefer to have a population of Nigerians who are unable to produce what they consume. This will make Nigerians to remain dependent on foreign companies for consumption and survival. If Nigerians are able to process and distribute all these resources for local consumption, the foreign companies will lose out a whole market share. For this reason, foreign companies lobby national, state and local governments in order to retain the social structure that sustains their hold on the nation’s resources.

The Politicians: these are citizens are incorporated from different parts of the country to fill the offices created by white influence. They are among those who benefit from Nigeria’s sorry state. They receive jumbo pays for staying in those offices as justification for the government structure of exploitation. They claim to represent the communities, but they are not known in those communities, neither do they know the communities.

Civil servants: some senior civil servants aid the politicians in obtaining funds from the government system through their technical and statistical expertise. The nature of checks and balance makes it impossible for politicians to directly obtain funds from the state treasury. However, through the collaboration and sharing schemes with civil servants, bankers, accountants and auditors, these funds are obtained and distributed in covens and properly buried from the scrutiny of the public.

Government connected Business people: these are the people who benefit from Nigeria’s government sponsorship, contracts and waivers for importing commodities. Many of the commodities they import can be produced in Nigeria after a true validation of cultural and educational values. However, these business people are offered shares in foreign companies, in order to maintain the market for importing the foreign goods. Hence, they lobby to ensure government’s hold on the status quo.

Religious leaders: some Nigerian religious leaders in Christianity, Islam, Traditional religion indirectly contribute and benefit from the barren state of Nigeria. They emphasize fasting, rituals, prayers, luck, destiny, miracles and magic. They propagate a weak submission of “only-God-will-help-us” attitude as a response to every national difficulty. They fail to emphasize the human and social attitudes, values, education and policies that address the problems of unproductivity. They ignore the preaching on work ethics, academic rigor, practical education, social observation, economic strategy, integrity for public officers and industrial discipline.

Some religious leaders even emphasize the increase in offering and tithes as a prerequisite for national productivity and progress over education, work, and research. They feel important as people rush to them for solutions to the suffering and unproductivity in the society. As it is, many Nigerian religious leaders ask God to do for Nigerians, what other nations’ governments and citizens do for themselves. Hence, if the socio-economic atmosphere of Nigeria revolves, some religious leaders will become irrelevant.

These set of religious leaders seem to distract the people from demanding for their socio-political rights. Instead, they direct the people to God as the giver of material products which other human beings produce in foreign climes. In return for this distraction job, they are paid by politicians in form of tithes, donations and offerings. Hence many religious leaders are among those who benefit from Nigeria’s sorry state.

Traditional leaders: despite the fuss of modernization, Nigerians still esteem their traditional leaders. Some rulers have moved from the insistence of unevaluated cultural practices to a pragmatic embrace of positive cultural values. They seek to understand the principles of working social structure and the values of progress. These are the values that influence citizens’ disposition to work, neighbors, environment, education, research and general productivity. However, some others remain stagnant in the old ways where they seek to either intimidate or pacify the masses. Some of them are paid royalties by politicians and foreign companies for restraining the people from revolting and repossessing their territories and their means of production. Some would prefer that their citizens remain ignorant and poor so that the citizens will not rise to challenge the leaders.

Colonization established a system of governance that collaborate with the “masters” to perpetually submit resources from developing nations to the west. At the discovery of oil, the West ensured the continuity of mineral extraction, by installing governments who will serve as facilitators and security guards to the resource interest of the colonial masters. The series of security-guard-governments have been richly rewarded by the West, to the detriment of the Nigerian society. The major beneficiaries of Nigeria’s resources are not Nigerians, but the foreign companies. Nigerian collaborators only get some percentage of the larger profits made by the foreign companies.

Nigerians cannot continue to cry for the effect of colonization years after it had stopped, when some still collaborate, slavishly, with same colonial actors. Some people who are in the above-listed positions may sincerely wish to change the status quo. However, the machinery that is the system of Nigerian government is too big for any single person to modify. Yet this status quo can be addressed when the people are socially educated on their roles in Nigeria’s sorry state. Then can Nigerians demand the right to the possession and management of their resources.