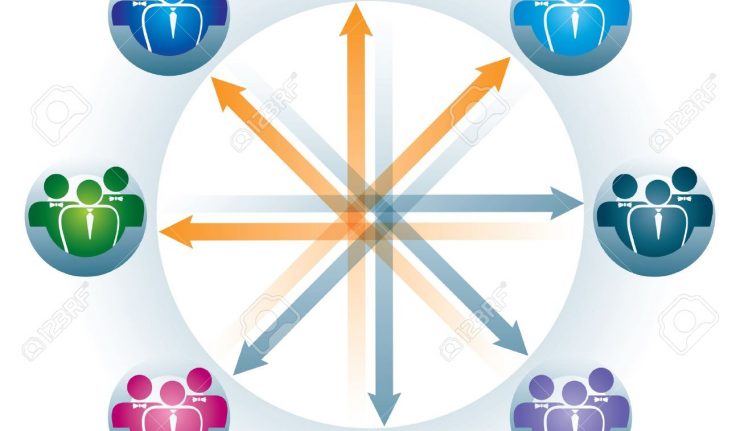 Today we shall begin the explanation of contemporary progressive social structure(s), in order to determine the structure that will guarantee  peace and progress in our present social arrangement.

Last week, we spoke about the reasons for which we may have to overlook the faults of Nigeria towards her citizens, in order to establish a social structure that will guarantee a better nation. We noted that the most important element for peace and progress in a society is the understanding of social structure, which is followed by an installation of an adequate social structure for a country. That last week also, we failed to mention the consequences of the indifference of entrepreneurs to the reformation of the nation’s political structure, which is the effect of bad economic policies on the security and business atmosphere of entrepreneurs.

Presently, the most popular and acceptable name for an independent and sovereign social structure in the world is country. Hence, we are to discuss the organization of countries in the present times and how this system of organization promotes peace and progress for the citizens of the different countries.

What is a country? A country is a politically organized body of people under a single government. It is a system of social organization in which people of different constituent communities are organized to develop their potentials and contribute to the larger community, in exchange for their safety, means of livelihood and freedom to pursue a full measure of happiness.

We identified country as a system. A system is a group of things, pieces of equipment that are connected or work together. Examples of system include human body, computer, cars and different machines. Different levels of system can be divided as micro and macro systems.

A country is a macro-system since it is the combination of different communities of human families and communities. In this research, the smaller system of social structure which is made up of families and villages will be called social microsystem or ethnic community, while the larger system which is a combination of different smaller systems will be called a macro-system or country.

We shall use the example of the relationship between the component parts in a car (automobile) system to illustrate the relationship between different ethnic communities in a country. In a car, several working microsystems are assembled, aligned and connected to one another. Each of these microsystem that has been brought into the system of the car, has its own principle or value that determines what it is able to produce and thus contribute to the overall system of the car.

A car is a macro-system because it is the connection of different microsystems such as battery, horn, headlamp/light, alternator, axle, brake, radiator, gearbox, sparkplugs and so on. Each of the microsystems (parts) is guided by a value or principle that determines what it produces for the car, and how it has to be maintained for sustained productivity.

Distinction of micro-system in a macro-system
The battery is a microsystem which is made up of several components such as battery cells, cell connector, cell plate, plate separators, cell partition, terminal, container and others. All these parts connect and work together to produce electric charges which starts, lights and ignites the car engine (contra-drain without charging)

Alternator system picks up the function of powering other parts of the car when the car has been started, in order to enable the battery to charge.
Radiator is guided by a cooling principle, which makes it serve as a coolant for the engine (contra-rust and leak)

Human society – from ethnic community to country
As it is in the process of a car, so is it in the process of a human society. Before the formation of a country, each ethnic community (microsystem) has its own values, the emotional and socio/cultural principles that have influenced the people’s ways of life and their major lines of productivity and cultural engagement. These values are outlined and synthesised by the guardians of the community, who are chosen from the wise and observant men from different parts of the community. From their observation, they note that, ‘we have fertile land and some water bodies, we value riches, peace and progress, technical knowledge and hence we suggest to extol the virtues of hard-work (farming/fishing) for riches, virtue of respect for peace and virtue of curiosity for progress.

When the ethnic community feels the need and decides to align with other community (ies), in order to obtain what they lack in their community, a new set of discussion is made between the communities.

Conditions for harmonious co-habitation between allying communities, just like in the car
• Each community must have good social and industrial values for peace and productivity
• Each community should be ready to tolerate and respect the values of the other
• Each community in the new alliance must declare its assets and liabilities, that is, what it has to offer to the new union (principles, values, productivity, knowledge, culture) and what it demands from the union (support, defence, opportunity for development). The communities state and agree on their terms and conditions for aligning with one another in a new social structure.
• After the communities have agreed on the terms and conditions for organization, they write down a constitution that will stipulate their agreed rights and duties in the new social structure for the maintenance of peace and progress. The writing of constitution is done in accordance with common sense and with the injunction of the noble Quran which says: “O ye who believe, when ye deal with each other, in transactions involving future obligations in a fixed period of time, reduce them to writing” Al Baqarah, 282
This is similar to the beginning of the journey of the United States of America’s constitution of “We The People”. The most important element in the formation of these model situations of national formation and constitution is the element of mutual agreement between the constituent parts of the nation.

This theory may be criticised as utopian since many countries were forged from war, submission and colonialism, yet along the line, this stage of agreement has occurred and must continue to occur in the history of every sustainable democratic and progressive nation. It is an indispensable stage for re-evaluating the basis of nationhood and the values that has guided the union of different communities for peace and progress.

In our next edition, we shall compare the ideal process of national formation with the formation of the Nigerian nation. God bless you and God bless the Federal Republic of Nigeria.