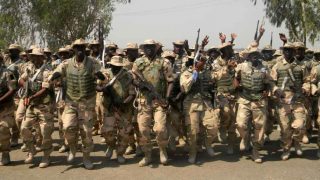 We must impose peace and unity in Nigeria

The duties to be performed by the ethnic groups for the Nigerian Union are a pledge of loyalty to the agreement of the Union. Secondly, the pledge to support the policies for the partnership. Thirdly, they are to pay adequate tax and make necessary concessions of their resources for the partnership.

Tribalism is defined as the love and loyalty to one’s tribe of origin. Hence Restartnaija advocates for a positive version of ‘ethnicism’ and tribalism. This is because a whole can never be better than its parts. Instead a whole is a reflection of the integrity of its parts.

When organs of human body are healthy and connected to one another in their natural order, they work. They will cooperate and work efficiently for the fulfilment of the whole body. But when some parts are not working well, there will be a problem in the system. When the heart is mixed with the liver, it won’t work well. When the brain is distributed and relocated in parts to other body organs, the whole body will be in disaster. Hence, each part must be distinct and properly functioning according to its natural order. This is to enable it provide its specific value to the rest of the body, and also obtain the values produced by the other organs of the body.

The ethnic communities are made up of clans, which are groups of villages that consist of different families. These families agree on how to live together and relate with their environments for common good. Though we argue that the ethnic groups’ natural order are not perfect, they retain the first principle of national growth. The brain is improved by knowledge and the muscle is improved by exercise. Hence, the relationship within the communities will also be improved by modern social research and dialogue.

Restartnaija is not affiliated to any political party. It is a non-partisan movement for the realization of a formidable African society. A society consisting of internally healthy communities relating with one another on the basis of mutual respect and benevolence.

It continues researching through media broadcasts, debates, interviews, songs and dramas on its YouTube channel and Facebook page.