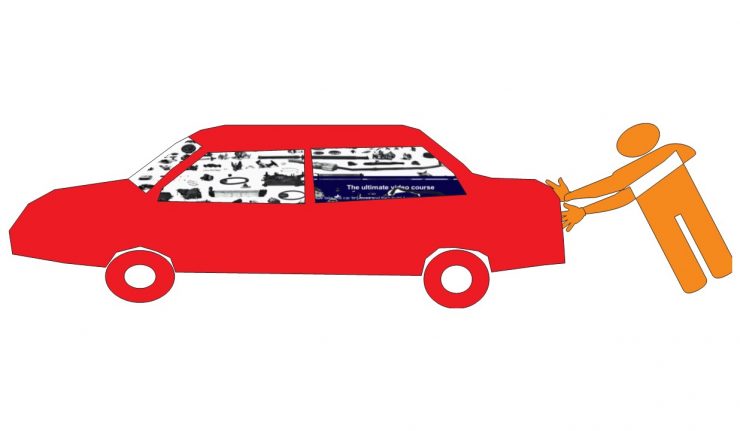 African countries are classified as the most undeveloped and poor nations since they got independence from the colonial masters. Though, there are crises in other parts of the world, African nations experience more crisis and hardship. These crises often result from political instability. This essay evaluates the formation of African countries using the parable of a garage, I call Ricafa garage.

Parable of Ricafa garage is the story of four cars that always competed against one another for seasonal supremacy. They compete on their car race from time to time. And after each competition, these four cars worked to improve their efficiency. They service their parts, change and add other components to themselves.

After framing the components, the four powerful cars announced the “goodnews” to the framed components that they have become cars. The components bundled in the framed car casing rejoiced that they had become cars. The components chose one unit (person) among them to become the driver, to move them like other cars. However, they forgot something important: they were not connected; their alignment and agreement was not checked; their compatibility as components of same car was not evaluated; and their individual internal integrity was not confirmed.
The driver tried to start the car, but there was no connection between the different components inside the car. Hence, the car could not start. So the driver came down,went behind and pushed the car. When the car began rolling down the slope, the parts rejoiced that they had become cars and can move. So the driver jumped into the rolling ‘car’ and began steering the car in full amazement.

When the car had rolled to a level ground, it could not continue rolling. There was no force or energy generated by the required components of the car to move it forward. So the components in the car were angry with the driver. They threw the driver away and brought in another driver to move them.

The new driver suggested that they should add more engine oil. When he added the engine oil, the oil could not circulate. It remained only in the engine because there was no connection. So the driver went behind and pushed the car even more forcefully and the car began to roll again. So the components rejoiced again and began praising the new driver.

After sometime the car stopped again. There was no connection nor energy generated by the car parts to move the car. So the components threw away the second driver and brought in another one.

Meanwhile, as the framed car was being pushed and moving down, some of its parts were falling off and were being collected by the other four powerful cars. The powerful cars pick up these parts and fix to themselves to become better. While the framed components will just roll front or back and then stop.

One area in which Nigeria seems to be deficient is political leadership. “Nigerians have never agreed – or been given the chance to agree – what Nigeria is.” It is a country of several ethnic groups, which have co-existed grudgingly for fifty six years after the initial trust bequeathed on its independent government was squandered in different regimes.

Many Nigerians continue to think that they can move the car by pushing or changing drivers. I tell you, it will not work. This missing connection between the components (ethnic communities) within the car called Nigeria remains one of the most fundamental problems of Nigeria. The different components forget their specific duties and potentials, and focus on the driver to move the whole car.

Nigeria has fought a civil war and has had many crises like other African countries. “These wars diminished in number after the turn of the millennium, but their chief cause – the lack of common nationhood – remains. Africa’s nation states were formed by foreigners, lines drawn by Europeans on maps of places they had often never been to. They carved out territories, cut up kingdoms and societies of which they had little idea… They (African countries) lack a common conception of nationhood.”

Hence, one of the fundamental problems with Nigeria and other heterogenous African countries is understanding the component parts. They have not evaluated the parts to see if they are good, compatible, aligned and workable agreement with one another before connecting them together.

They are the unconnected car components that were exploited by the colonial powerful cars in the parable of Ricafa. And they will continue to have these crises until they understand themselves and connect properly

Tags:AITchannelsSilverbird
previous article
what is Restartnaija? (Wiki)
next article
NIGERIAN CONSTITUTION: an agreed plan or a dictatorial manual