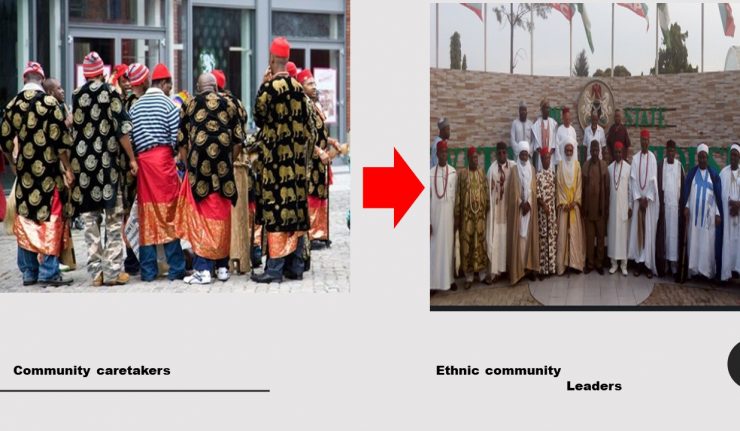 The increased level of suffering has multiplied the level of desperation and suicide in Nigeria. While the masses suffer in abject poverty, those close to the corridor of power swim in an excess of resources. These few that are connected to the high powers flaunt the excess money to the defeated masses. The masses cannot do so much because the constitution is often used to back up the anomaly in the polity. It appears there’s a missing link in Nigerian governance between the seen government and the people.

In the last episode, we established that our constitution is not a plan by Nigerians, for common good. The Nigerian constitution is a manual made and handed over to Nigerians by colonial masters, with minor amendments. This week, we shall discuss why the current system of governing has not worked or produced a people’s constitution. This discussion will demonstrate the missing link in Nigerian governance, and how it affects Nigeria.

We shall use the setting of a hospital to illustrate the mechanism of a healthy society. The HUMAN BODY is made up of SEVERAL PARTS that work TOGETHER. Each part of the body has group of SPECIALISTS that research and produce specific drugs for it.

So when there is a problem with any part of the body, the person goes to see the DOCTOR. After observation, the doctor REFERS THE PATIENT TO RESEARCHERS AND LAB SCIENTISTS for the specific part of that body. The scientists begin to research on the disease, its causes, specific symptoms and possible cure.

When the researchers have UNDERSTOOD the disease in the patient, they NOTIFY THE PHARMACISTS. The pharmacists begins to research and test possible cures for the disease until they find one. When they have found the drug or intervention for curing the disease, they recommend the cure to the DOCTORS. The doctors evaluate, modify (combine drugs) and prescribe the drugs for the patients FOLLOWING THE RECOMMENDATION OF THE PHARMACISTS.

After making the prescription, the nurses administer the drugs to the patients and begins to observe the patients response to the drug. If the drug does not work accordingly, a new set of research begins until the patient is cured of his disease.

AS IT IS IN HOSPITAL, SO IT IS IN THE HUMAN SOCIETY, MADE UP OF SMALLER COMMUNITIES.

The society/nation is the patient who has some disease.
The smaller communities are the different parts of the human body that perform specific functions.
The disease of a society is any form of unproductivity and social disorder.
Recovery and Health are industrial progress and social harmony in the society
The policies, values and rules for the communities and society are the drugs for the patients.
The leaders of the different ethnic communities are the pharmacists who make and recommend policies and rules to the government.
The local community caretakers are the lab scientists who research on the problem of the communities and society in general.
The official government installed by the constitution is the doctor. 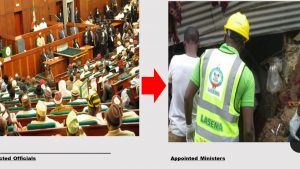 While the government ministers are the nurses who administer the policies on the people.

When there is a problem with any aspect of the society, the local observers and caretakers (lab scientists) research on the problem. After the research on the true cause of the problem, they relay their findings to the traditional rulers (pharmacists). The leaders of the ethnic communities draft values and policies for the problem, and make recommendations to the elected officials (doctors). The elected governments (doctors) evaluate, modify and adopt the policies for implementation in the society. While the ministers (nurses) administer the policies to the society and observes the social response of growth (healing).

One of the most significant problems in the Nigerian structure of governance is that the two primary levels of development are relegated. The ethnic community leaders and the local caretakers are stripped off their duties as original custodians of the communities.

The elected officials (doctors) often override the functions of original custodians of the communities (pharmacists and lab scientists). This situation only results in the promulgation of blanket policies that will have no positive effect on the multicultural citizenry. A doctor working without lab scientists and pharmacists is worse than a trial and error mechanic workman. Also a government without specific regard for the power of the ethnic communities will continue missing the mark of governance. The missing link in Nigerian governance is the constitutional place of community leaders and caretakers.

Tags:BeninBornuIfeNriOnitshaOyo
previous article
Business before leisure kor, leisure has become the business in Nigeria
next article
Nigerians are not DNA corrupt