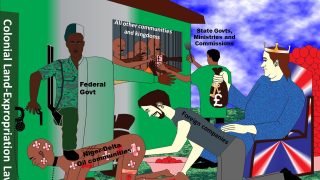 Nigerians are not DNA corrupt 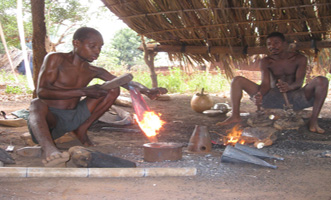 Wrestling has become a very captivating form of entertainment. The Royal Rumble match in which many people (usually 30) are seen fighting in a ring, seem most intriguing. There is only one rule in the ring: continue entertaining us by fighting one another while we place bets and make money from your pains.  The rules in the ring are not set by the people in the ring, but schemed by some businessmen. The only instinct inside the ring is the instinct of survival. There are no permanent friends or foes in the ring; no love, trust or affection; all you have is individual struggle for survival. You can collaborate with anybody to defeat another person, and immediately turn against your collaborator for a deadly fight.

The bible says in Amos 3:3 that “two cannot walk unless they agree”. “NIGERIANS HAVE NEVER AGREED – OR BEEN GIVEN THE CHANCE TO AGREE – WHAT NIGERIA IS.”[1] It is a country of about 250 ethnic groups, who have co-existed in bitterness and mutual suspicion since 1960. Nigeria has fought a civil war and several crises like other African countries. “These wars diminished in number after the turn of the millennium, but their chief cause – THE LACK OF COMMON NATIONHOOD – remains.”[2] The “Africa’s nation states were formed by foreigners, lines drawn by Europeans on maps of places they had often never been to. They carved out territories, cut up kingdoms and societies of which they had little idea… They (African countries) lack a common conception of nationhood.”[3]

With the absence of agreement to be, to live together and to cooperate, Nigeria resembles a cage of wild animals, who struggle desperately to survive among themselves. They are like the Royal Rumble fighters, whose only instinct is to survive the moment. The humanity of many Nigerians have been marred by the colonial encounter, which continues to linger in the present style of governance that is sustained by international policy.

Presently, Nigerians are desperate survivors of the colonial encounter. Only that no one is allowed to leave the ring in the Nigerian royal rumble. The ethnic communities have been stripped off the rightly power to make policies for their internal politics. The level of military threat involved in supposed national discussions disallows forms of independent reasoning. Hence, the survivors fight to outwit one another as they struggle for the evaporating currency obtained from the sale of crude resources. This desperate struggle to survive and the absence of agreement invalidates any possibility of planning and working together.

Nigerians cannot plan and work together towards industrialization and scientific production because they are distracted by the national fight for the evaporating currency. The ‘Royal Rumble’ policies in Nigeria has turned Nigerians into economic speculators, looking for opportunities to survive in the cage. They now speculate to import and sell what they could have produced, if the people had rights to their resources and policies. The environment of oppression and constant fight for right to resource control is never conducive for sustainable development. It only promotes individual struggles and fights in the name of entrepreneurship, looking for cheaper goods to import and sell.

The desperation and struggle for survival is manifesting in all the practices termed as corruption. Nigerians are afraid of themselves because there has never been a true agreement to cooperate and live in peace. They politicians are packing extra for their tenth generation because the system of governance in Nigeria does not guarantee the wellbeing of their descendants. The workers, who are paid peanuts, try to cut corners and do extra business, in order to sustain their families in a decent life. Even the arrested criminals and robbers point to the hopeless condition of Nigeria as the cause their involvement in crime.

Despite the terrific political climate encountered in Nigeria, Nigerians are still very good people. They succeed where other people fail. The occasions of their academic exploits in Europe and America has become common occurrence. Despite the Western effort to exaggerate individual cases of faults in the Nigerian society, Nigerian cultural values of generosity, integrity and hospitality are still evident but unreported in daily encounters. The continuous hype of a supposed Nigerian DNA remains a ploy to distract Nigerians from agreeing among themselves to harness and utilize the resources within their territory.

A way out is seeking a new agreement between the ethnic communities in Nigeria on the mode of their co-existence. It will enable a discussion about the ownership and management of human and mineral resources in different parts of Nigeria. Nigerians are not DNA corrupt; the system of governance imposed on them is corrupt, and breeds corruption, even in the good people. Nobody can fight corruption in Nigeria, unless we change the funny system of governance imposed and sustained by gun and fear. If the style of social influence and structure installed in Nigeria were installed in other places, they would be worse than Nigeria.