Should Nigerians still sacrifice for the state, and not to put themselves first 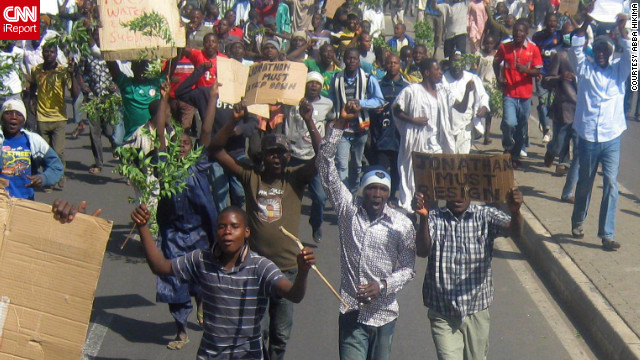 Leaders from different parts of Nigeria have continuously urged the masses to be selfless in dealing with the state. The masses are advised NOT TO PUT THEMSELVES FIRST. Recently, two governors advised pensioners and civil servants in their states to forfeit some part of their pensions and salaries. All FOR THE GOOD OF THE STATE. Other governors who have not publicly voiced this thought, act it out by owing their workers for long periods. These workers are owed  because the governors have to embark on ‘MORE IMPORTANT’ matters ‘FOR THE STATE’.

Children who should be in school loiter around the street, hawking, stealing and begging, as they miss basic education. Their education is sacrificed because their leaders are engaging in more important matters FOR THE STATE. Sections of the country who have complained of marginalization are advised not to put themselves first. This is because they have to sacrifice the right to their resources and internal politics for the good of the state. This absolute maxim of not putting oneself first raises the question: why are the people not to put themselves first?

The assumption that people should act selflessly and ‘not-to-put-themselves-first’ could be seen as Utopian and unrealistic. Nobody acts without putting himself first. The Charity Organizations put their fulfilment and satisfaction of helping people first. Philanthropists put their reputation, praises and status first.  The religious man puts the salvation of his soul and the satisfaction of his heart for charity first. The law abiding man considers his safety first, to be free from punishment and causing chaos in the society. Even God created the world for his own pleasure and glory.

You cannot have a relationship with me without putting yourself first. I tell you what I can offer and what I desire in the relationship. You tell me your own. We negotiate. Then we agree. From that moment, the agreement begins guiding us, because we made it freely to take care of our important interests.

Nigeria was formed by the colonial act of forcing different ethnic communities into one. By this they installed a structure that takes the people’s rights to their natural resources and policies in exchange for money. Now the people all look up to obtain the money instead of the value of agreement for cooperation and productivity. Nobody has the moral right to advise other people not to put themselves first. Nigerians are not selfish, they are not wicked people. They are only reacting to the uncertainty caused by the absence of an agreement to cooperate to become a nation. Everyone wants to get his own because if you don’t do so, nobody cares about your interest.

The government we have is without true agreement of the constituting ethnic communities. And until there is a national conference where every ethnic community discuss and agree based on their interests, the chaos remains. Till then, no one has the moral right to advise others not to put themselves first in the Nigerian partnership. The patient dog that was waiting for the fattest bone, in Nigeria, died of hunger some years back. http://leadership.ng/2017/06/21/dont-give-igbos-biafra-dahiru-bauchi-tells-fg