Fallacy of secession and the arbitrary maps of African nations 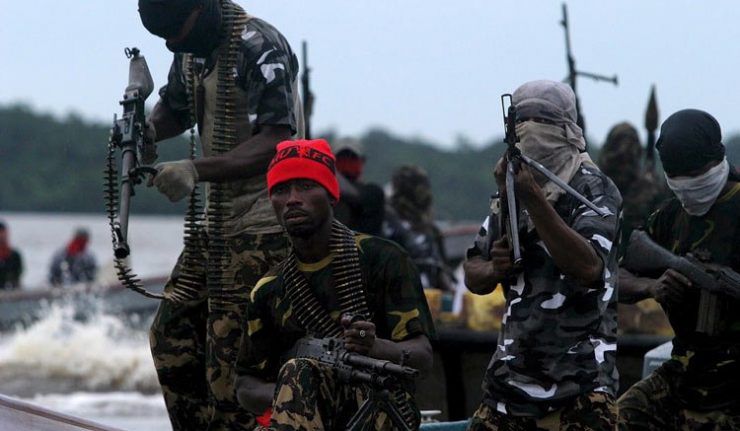 Is there any need for individual agreement or consent before joining two people in marriage or partnership? To what extent will the girl’s direct consent be necessary for instituting a valid marriage? Do the consents of parents, guardians, neighbours, relatives, friends and town increase the validity of a marriage to which a girl or boy have not consented? The recent Biafran mantra has raised so much dust and questions about the conditions for nationhood in the modern times. Also it exposes the insensitivity in both disciples of secession and restructure-singing nationalists in carving arbitrary maps of African nations.

The process of marriage can be very interesting, and is done in different stages. A young man sees a beautiful girl, and begins to admire her secretly. After some time he tries to woo the girl: ‘babe I like you ooh, make we become boys and girls naa.’ The girl evaluates before accepting the proposal: ‘hmmm are you sure you like me…? Leh me think about it joor.’ From then, the members of different families join in observing and asking questions to and about the intended couple. This is the stage of INFORMATION, for knowing themselves and agreeing on what to get and what to give in the union.

When they have gathered relevant information about themselves and their expectations in the union, the two families meet and institute a proper union between the two loveys. This formal institution is the stage of FORMATION. After the ceremony of union, the two loveys begin living together and fulfilling their roles in the union for peace and progress. This is the stage of TRANSFORMATION, because two different people have been transformed to live as one by adhering to their agreement.

Unfortunately, the colonial masters forcefully joined these people without their consent. There was no consideration of the ethnic communities as different peoples, with peculiar cultures and experiences. All that was important was to obtain the resources in these places while humiliating and binding the ethnic communities.

“Africa’s nation states were formed by foreigners, lines drawn by Europeans on maps of places they had often never been to. They carved out territories, cut up kingdoms and societies of which they had little idea… They (African countries) lack a common conception of nationhood.”[1]

Like the colonial masters, wise politicians, nationalists and secessionists draw arbitrary maps of African nations which they intend to govern. Biafrans draw map of Biafra to include minority ethnic communities who are yet to be consulted or convinced about their intention or preference. http://www.vanguardngr.com/2016/06/not-part-biafra-says-delta-ssg/ Wise politicians and nationalists draw arbitrary maps of African nations for restructuring the nation along ethnic communities who are not yet consulted. Sorry I forgot, they should not even be consulted. Their opinions don’t matter as long as long as their resources and politics are compulsorily reachable as enshrined from the constitution.

Achieving a true unity in Nigeria will be one of the greatest and productive achievements of the 21st century. Keeping Nigeria one has been a song on the lips of many Nigerians for decades. This unity is necessary, since our diversity spices up and beautifies our union, and everybody must not agree. Hence, many people have brutally and ruthlessly halted attempts to disintegrate Nigeria. For them, Nigeria must remain one by fire by force, since the ‘divine constitution’ has said it.

There is love in sharing, especially sharing in a multi-cultural entity like Nigeria. The unity could be so productive and progressive making all of us to share in the beauty. However, whenever my Kogi friend hears this dictum ‘there-is-love-in-sharing’, he responds shrewdly: there is peace and satisfaction in eating alone. If Nigerians do not acknowledge the true independence of the ethnic communities and seek their consents in a supreme national conference, there may never be peace in Nigeria. We will continue to repeat the same mischief of our colonial masters who made arbitrary maps of African nations just for their greedy convenience.

Secessionist and nationalists continue fighting to take over the positions of colonial masters, who drew arbitrary maps of African nations. The maps they drew out of convenience for economic exploitation.

Tags:Benin KingdomIfe kingdomOyo empire
previous article
INDUSTRY AND ACADEMIA IN REBUILDING NIGERIA
next article
Jungle justice: the death of light in the society