Judiciary in the making of a new nation 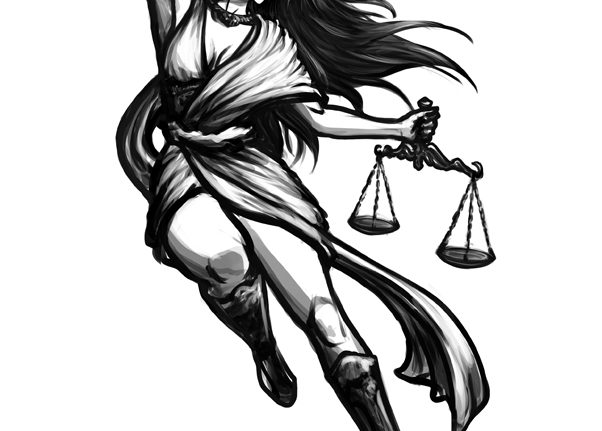 In the last episode we evaluated the role of representatives in Nigeria. We noted that the imposition of the Nigerian constitution turned supposed representatives into accomplices of Nigeriaâ€™s socio-economic exploitation.

In this episode, we shall discuss the role of the Judiciary in the making of a better society.

Before we continue, I want to tell us a story. One day God threw several human beings from the sky into a society. They were confronted by the needs and challenges of nature: hunger, thirst, nakedness, no shelter.

As each of them was taking fruits for their needs, some of them became afraid that (resources) fruits and leaves will finish. So they began to struggle and gather more fruits to hide in their private places. The struggle for fruits degenerated into deadly fights, until one day. They agreed to cooperate among themselves to protect, develop, multiply and distribute the fruits for peace and harmony.

So they agreed and assigned different roles to individuals according to their talents: Planters, pruners, harvesters, storekeepers, processing managers, sharers, distributors and protectors of the society and resources. When they had agreed, they documented the agreed style of distribution of duties and share of fruit resources among themselves.

Law, in a democratic society, is a codified agreement between different members of the society about their future obligations and rights for common good in their society. This agreement is handed over to a group of honorable members of the society known as judiciary. They gather to interpret the agreement and to judge the faithfulness of the people to their own agreement. Also, the judiciary reviews the laws and advices the people to discuss and make necessary amendments for justice and peace. The Court is thus a creation of the people for gathering and function of the judiciary.

Unfortunately the process of national formation was different in Nigeria, because there was never an agreement between the ethnic communities that make up Nigeria. This absence of the peopleâ€™s agreement in the formation of Nigeria gave birth to disunity, crisis and underdevelopment.

Are the people above the law? Once a law has been legitimately made, no individual or group of persons is above the law. However, since the law is a product of agreement by reasonable people, a legitimate law is not above the people that made it. Instead they can be changed or removed by the people according to new reasons of enlightenment. But when the constitution has not come from the people, the people can decide to discuss and make a new constitution for themselves.

Should the Judiciary just accept anything sent to them as peopleâ€™s agreement without questioning it? No, The Judiciary has to evaluate the legitimacy of the agreement. This is to check whether the agreement was made from freewill and complete disclosure of all necessary information. Also, the judiciary reviews and expounds the peopleâ€™s agreements to be able to resolve wider scope of cases in the society.

Should the judiciary reject or oppose a constitution on grounds of illegitimacy? No, the judiciary cannot reject the constitution that created their office. The people themselves are the ones to convene a national conference, where they discuss constitutional issues before agreeing.

Hence, a new constitution has to come from the agreement of the ethnic communities in Nigeria. This agreement remains necessary to validate even the first sentence of the Nigerian constitution, â€˜we the people of the Federal Republic of Nigeriaâ€™.


previous article
Jungle justice: the death of light in the society
next article
executive and law enforcement agents in restarting Nigeria