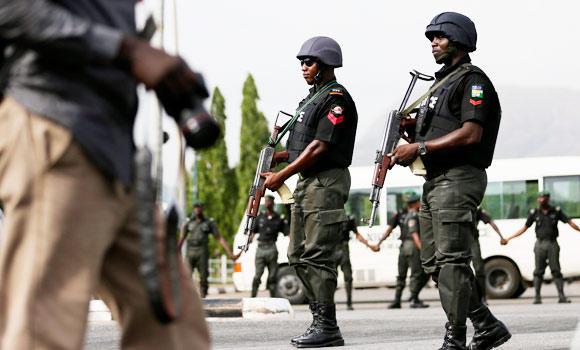 In the last episode, we used an adapted story of the Leviathan to illustrate the process of forming a progressive state. We noted that the people agree to cooperate with one another for 3 reasons:

They handed the agreement over to the Leviathan, trusted Judiciary, who will interpret, review and utilize the agreement in judging the conducts of the members of the society.

One of the conditions in the people’s agreement was that they would create offices for people who will carry out the people’s agreement. These offices include president, prime minister, governor, local government chairmen, ward councillors, forming the executive arm of government. In other words, the executive and law enforcement agents in a nation.

The executive and law enforcement agents are charged with directing the different services for peace and progress in the society. They coordinate the security, economy, education, healthcare, industry, agriculture and general cooperation of the people. They are also encouraged to appoint other people to assist them in carrying out the functions in the people’s agreement. These are the ministers, commissioners, directors and other public servants in different agencies.

Who are the Nigerian government executives and law enforcement agents? They are fellow Nigerians who have, by choice or scheme, been charged with defending the imposed Nigerian constitution. They all have Nigerian brothers, sisters, children, friends and relatives, who are also affected by the situation of the constitution. Many of them sincerely want to build a progressive and peaceful Nigeria. They want their names to appear glorious and honourable in the Nigerian history books. However, they appear helpless in their sincere efforts to build a just nation on a faulty constitutional foundation. Yet, they are afraid to leave the office either because of the fear of successors attack on their tenure, or addiction to benefits of the office for which they betray their kinsmen under the oyibo government.

What is the level of legitimacy of the Nigerian government and the laws it executes? Legitimacy of government/law means the acceptance of and wilful submission to a government/law by the people. Legitimacy is the quality of a law or government that comes from the free agreement of the people. Though Nigerian executive and law enforcement agencies have been and can still be used for common good, they did not come from the people. The peoples of the different ethnic communities in Nigeria never agreed to be together or to install this form of government/constitution. The Nigerian constitution that created these offices was imposed by the colonial masters and has undergone stages of rebranding. Therefore the Nigerian constitution in itself is illegitimate.

How justifiable is their enforcement of illegitimate laws? Not all illegitimate laws are unjust in themselves. Despite its illegitimacy, the Nigerian constitution still has many just laws that have been used to settle cases in the past. When legitimized by the people’s free consent in a sovereign national conference, the just laws can still be used to guide conducts of Nigerian citizens, while the unjust laws are repudiated. Yet Nigerian law enforcement agencies continue to enforce even the unjust laws in spite of its illegitimacy.

How is the operation of the executive and law enforcement agencies fairing? Presently, many members of the executive and law enforcement agencies in Nigeria do not understand the law they enforce nor the principles behind democratic laws. They are yet to appreciate the freedom and individuality of human elements in the society. Hence they employ all forms of intimidation and extra-judicial measures to achieve their own aims.

Despite all the irregularities and injustices arising from the formation of present Nigerian constitution, a people’s constitution will still arise. This will be a new constitution from the people that will respect, defend and sustain the dignity of every Nigerian citizen. Then will the operation of the executive and law enforcement agents assume a human outlook, and necessitate wilful cooperation of the people.

Tags:executive arm of governmentNigerian government
previous article
Judiciary in the making of a new nation
next article
Pain and shame as the new form of education in Nigeria