leave our own thief, just save us from this joint account tradition 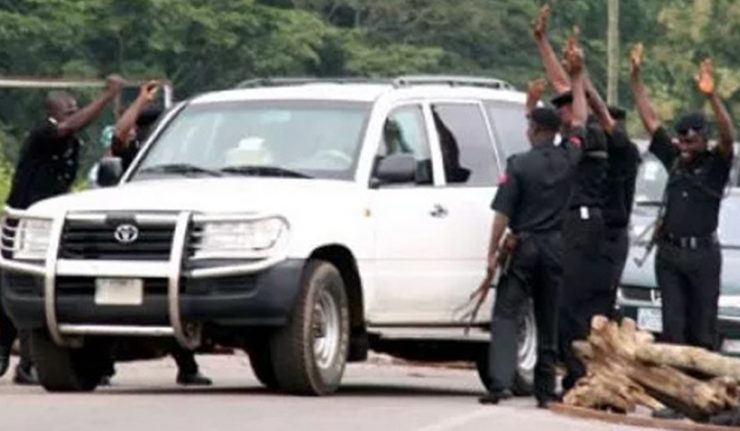 … leave our thief alone, just save us from this joint account tradition

When people began criticizing the morality of the hotel management, they released Chief Geoffrey’s family. The hoteliers appointed four of Geoffrey’s sons to represent the whole family in negotiating the rent of their vegetable farmland. The hoteliers insisted on negotiating with the four appointed sons instead of the nine wives who owned the farmlands. So the hoteliers helped the four appointed sons subdue other members of the family who did not want the negotiation. The hoteliers suggested that the four sons create a position for a spokesperson which will rotate among the four. The nine wives, who are the original owners of the farmland have been subdued and made to beg food from the four sons.

Many members of the family were not getting enough chop-money from the family joint account. Each of the four sons would pass blame to the spokesperson for giving them small shares from the joint account. The four sons would urge their different members to wait for their turn to become spokesperson so they can take more money. In other cases, any of the four sons could advice his members to pray that the hoteliers will pay more money.

Many observers continue to wonder why the members have not revolted against the family joint account tradition. The reasons may include:

If each family take charge of their farmland and maintain their separate accounts, the children will hold their people responsible.

It appears Nigerian government was created to oversee security and supply of resources to the colonialist in exchange for money. The resources would not be secured for foreign supply if they were left in the hands of the ethnic communities. Hence, every resource must be under the joint account of a central government for easy business transaction.

Second, they had to use the resource money to pacify their people in order to import their needs from the West.

Third, the different sections of the new government will be responsible for obtaining resource money from the central government. Then, they share to the different ethnic communities who have been placed under their offices.

Most of Chief Geoffrey’s grandchildren have been denied access to their vegetables for learning how to cook modern dishes. If they knew how to cook, they would be cooking their own food and even selling some to the hoteliers. Instead, the four representatives brought people to explain the process of cooking to these grandchildren, without giving them access to the vegetables to practice cooking. When the descendants agitate, the four sons insist that these grandchildren have not become professional like the hoteliers.

Though the vegetable-access denial is still on, the family members continue to fight one another when sharing the vegetable-money. They don’t cook their vegetables, they only sell, fight while sharing money, and eventually buy food from external hoteliers.

WHAT SHOULD THEY DO?

The four sons may not want the nine Geoffrey wives to take over the charge of their original farmlands. They may be afraid that they will lose the lion (abi elephant) share they usually take from the vegetable farmland rent. However, when the wives bond individually with their descendants, their demand may not be deniable to the interfamily community.

I am not talking about the system of governance in Nigeria and its ethnic communities today ooh… I am only talking about Chief Geoffrey, whose glorious and prosperous family has been reduced to begging food from hoteliers. Please if you have any other suggestion that can restore Chief Geoffrey’s family, kindly comment and share.

You yourself, consider it: Can you maintain a joint account with all your brothers, submitting your signatory power to a firstborn of the family?

previous article
Can Susan ever be free from debt?
next article
Philosophical malnutrition of the Nigerian society