Philosophical malnutrition of the Nigerian society 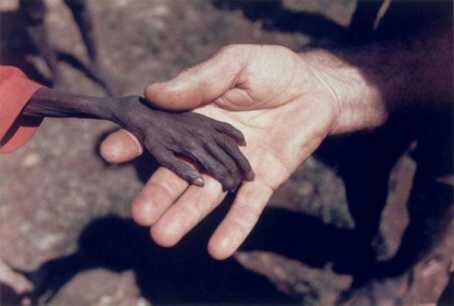 Food contributes to the growth and general health of the human body. However, all foods are not suitable for everybody and every time. The food for infants vary from the food for children, for teenagers and for adults. Also, age mates react differently to several foods as one man’s meat could be another man’s poison. Hence, nutritionists consider an individual’s peculiar circumstances before recommending foods for the individual’s growth and wellbeing. They also prescribe different methods of presenting the food to make it attractive to the consumers.

As each human stage has its suitable type of food, each level of social development requires specific philosophy for justice and progress. Feeding an infant with ‘undiluted’ adult food causes harm to the baby’s digestive system. Also, forcing unevaluated ideas from established nations and societies on emerging nations may only lead to philosophical malnutrition.

Philosophy is the continuous and logical evaluation of the beliefs that influence and affect humans in their search for good life in their environment. Philosophers are like the nutritionists of a society who evaluate the content and quality of beliefs circulated in a society. They evaluate and recommend ideas for the adequate growth of peace and progress in the society. These are ideas formed to address social issues in religion, law, politics, health, production and distribution, arts and general human relationship.[4]

Nigeria, like many other African societies, is yet to achieve the first stage of social development, which is internal maturity. Compared to many other societies, Nigeria is still battling with the infant stage of social development.  “Nigerians have never agreed – or been given the chance to agree – what Nigeria is.”[5] The ethnic communities that form Nigeria were clashingly bundled up into an imposed form of colonial government.[6] The ethnic communities are not allowed to decide who they are, own their lands and resources, and determine how they produce and distribute their resources.

Unfortunately Nigeria has not realized the effect of the missing localized philosophy in its society, so it continues to regurgitate foreign ideas. Even the Nigerian philosophers seem unready to form and effectively propagate suitable ideas from real situations in the society. Instead, they dwell on the career-driven-lecture-styles and grammar of presenting and aligning with foreign-baked philosophical ideas. This style of philosophical presentations are applauded for being tough, rigorous and abstract thoughts for “intellectuals” and elite (pocket) dignitaries. Nigerian philosophers seem reluctant to make and present “local” evaluations of influential ideas among common Nigerians in simplified and practical methods. This has exposed common Nigerians to philosophical malnutrition in ideas from some modern media, songs, movies and terrible religious doctrines.

Beliefs, ideas and thought-patterns are foods for the human mind, and the human society at large. As nutritionists evaluate human food for safety and growth, philosophy evaluates human beliefs and ideas for social justice and progress. Philosophical malnutrition is a result of unhealthy beliefs manifesting as social injustice, poverty, fear, greed, terrorism and general bitterness. It is like food poisoning which arises from the consumption of incompatible or unhealthy food elements. Since, human society advances according to discoveries, without proper philosophical evaluation of ideas for the people, the society remains poisoned.

In summary, the present-day academic philosophers are busy ‘forming’ scholarly presentation of lofty ideas for their heavenly/elitist and ‘intellectual’ audience. These heavenly intellectuals hardly constitute 5% of Nigeria’s population, who can afford the time and rigor for such lofty jargons. Then, the street Philo-SUFFERS (torturers of wisdom) feed the remaining 95%+ masses with affordable but erroneous ideas of “the-good-life”. The affordable ideas are direct and easy to grab: ‘all I want is your waist’, ‘pay money and receive your material and individualistic miracle’, ‘life is all about the money yeh’, ‘kill for God and get paradise’. These ideas are more vocal, accessible, applicable and repeatable. Thus, they are more promoted over the boring, elite-focused and unadaptable philosophical jargons, abi na brouhaha una dey call am.


previous article
leave our own thief, just save us from this joint account tradition
next article
Restartnaija: History of Nigeria in 5 minutes