Fighting corruption in Nigeria with the wrong tool 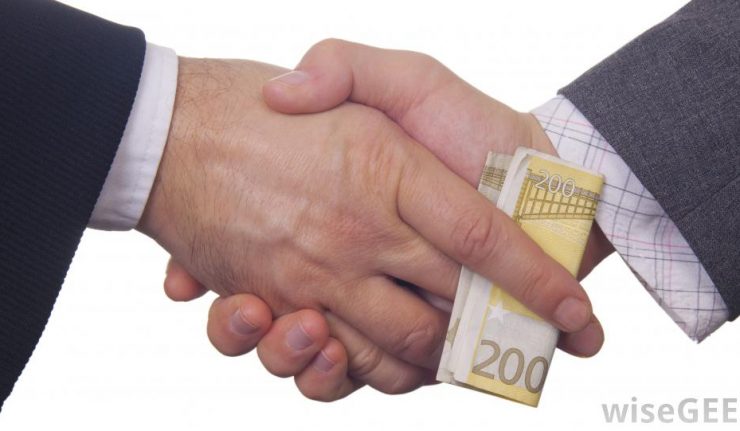 When the ancient Chinese decided to live in peace, they made the Great Wall of China, which they believed no one could climb to its height. During the first 100 year of its existence, the Chinese were invaded thrice. The enemy infantry had no need of penetrating or climbing over the wall, because each time they came, they bribed the guards and came through the doors. The Chinese built the wall but forgot the character-building of the wall-guards.[1] Thus, fighting corruption in Nigeria without creating environments for building human character is a journey to failure. 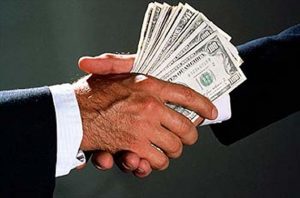 Corruption is the abuse of public office for personal gain or other illegal benefits. [2] It is a manipulation of policies, institutions and rules of procedure in the allocation of resources and financing by political decision makers, who abuse their position to sustain their power, status and wealth.[3] Forms of corruption vary, but include bribery, extortion, nepotism, parochialism, patronage, influence peddling, graft and embezzlement. Corruption may facilitate criminal enterprise such as drug trafficking, money laundering, and human trafficking, though is not restricted to these activities.[4]

What are the causes of corruption? 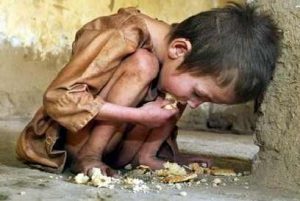 The first and remote cause of corruption is found in the human instinct of self-preservation and inclination to pleasure. Humans love themselves, and fear situations that will bring them pain, such as lack, sickness, hunger, misery and death. Hence, they are prone to take actions that will save them from any of these undesired situations. In situations where their desired level of pleasure is unguaranteed, humans may be ready to take odd measures to obtain and sustain their source of pleasure. 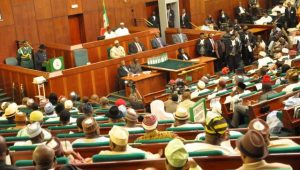 The second and immediate cause of corruption is the style of social organization where some people are given charge of other people’s resources. It begins with the agreement (deceit or force) to combine different peoples’ resources for greater productivity and general satisfaction. After merging the resources, some people take charge of managing the process of development and proper distribution of the collective resources. These people who take charge of managing the combined resources are often tempted to misappropriate resources and roles to their benefits. This situation of misappropriation by managers of collective resource strengthens the belief that ‘power corrupts, absolute power corrupts absolutely’.[5] Thus, the more the number of contributors, willing or forced, to a pool of resources, the more likelihood for corruption.

The two causes of corruption explained above can be addressed in different ways: education and transparent systematization respectively

The remote cause of corruption is the human instinct for self-preservation and the resulting fear of lacking resources for sustenance and pleasure. “No man chooses evil because it is evil; he only mistakes it for happiness, the good he seeks.”[6] The choice of corrupt practices is embedded in people’s interpretation and conviction about different means to a lasting happiness. If people’s experience in a society makes them to believe that lasting happiness comes from possession of wealth, above integrity, they pursue it with all their zeal. A true management of human instinct of self-preservation to yield social justice, instead of corruption, involves the educative demonstration of the long-term benefits of social virtues. When people are enlightened and convinced about the long-term benefits of social virtues for their happiness and common good, they freely choose it.

Transparent systematization is the organization of a society for different smaller sections of the society to produce what they need, from which they contribute to the larger society. A system is a group of things, pieces of equipment that are connected or work together like different parts in human body, computer or cars. Each part of the human body (heart-liver-lungs-skin-eyes-brain) produces specific values for the whole body, and benefits from values produced by other parts. Though the several parts are linked together under the coordination of the brain, they are guided by different principles to produce their specific values for the body. If the brain takes over the whole energy and functions of the other parts, the body will not only malfunction, but shut down.

Human society is a group of different smaller communities who collaborate and contribute for the good of the whole society. Like in human body, smaller groups use their resources and principles to produce what they can  for themselves, and for the whole society. By exercising their right to manage their resources and produce what they can in their smaller and simpler groups, they become more vigilant. The leaders of the smaller groups who produce what they need have lesser chances of high-scale deceit because the natives work and know the quantity of commodities produced in their communities.

When different parts of a larger society produce what they need from their resources, and eventually contribute to a larger society, the chances of large-scale corruption reduces. But when there is a total grabbing of resources from different communities in a single pool under a single manager, it becomes difficult to manage, and easy to divert.

Which efforts have been made in fighting corruption in Nigeria? We noted that corruption may be fought in two ways: education for remote cause and systematization for the immediate cause. 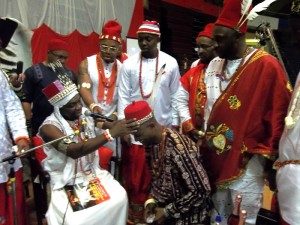 The main cause of this discrepancy in fighting and rewarding corruption can be found in the absence of distinction and productive maturity of ethnic communities. The major factor for producing tools and commodities, which is mineral resource, in ethnic communities have been militarily-snatched by the Nigerian government.[7] Hence, communities who are no more able to produce commodities for their community needs, do anything possible to attract funds. They will even canonize the devil (robbers) if the devil provides them water, roads, electricity or food.

On the effort to address the immediate cause, Nigerian government has set up many anti-corruption agencies. These agencies are enabled to use force, pain, shame, media, technology or other possible means for fighting corruption in Nigeria. However, these agencies have been described as corrupt agencies for witch-hunting political rivals to incumbent governments in Nigeria.[8] Different sections in Nigeria continually accuse others of looting “our” common resources, yet they are unable to produce anything for themselves.

We noted earlier that one of the main remedies to the IMMEDIATE CAUSE of corruption is transparent systematization of resources. This is the social organization for smaller communities to use their resources and principles to produce what they need, and contribute to the whole society. Unfortunately, the Nigerian Mineral and Mining Act,[9][10][11] and the Land Use Act[12] were militarily used to confiscate the ethnic communities’ lands and resources. As it is, the Nigerian senate who benefit from the present social structure may never vote for an end to the corruption of total resource confiscation from Nigerian ethnic communities.[13][14]

A truer way of fighting corruption in Nigeria

The foundation of corruption in Nigeria lies in the forceful amalgamation, which led to the concentration of different people’s resource rights in a single section. “Foundation-once-destroyed,-what-can-the-just-do”[15] is a bible quotation that expresses the futility of fighting corruption on a corrupt foundation. If we wish to succeed in fighting corruption in Nigeria, the ethnic communities must retreat to understand themselves. When they have understood themselves, their values, resources, potential products and needs, then they can agree to collaborate transparently with other communities. This will enable communities to begin appreciating the dignity in producing what they need in their communities, and  fully subscribe to measures for fighting corruption within and beyond their communities.

Corruption is a response to the prevalent ideas and circumstances of happiness and fulfilment within a society. It is not a physical entity that can be fought by commando forces and intimidation, otherwise, people will adopt more complex styles of corruption. When there is desperation for survival, and varying degrees of misconception and uncertainty about one’s happiness, corruption becomes inevitable. Corruption is a negative philosophy that has to be fought with an inverse philosophy and social reorganisation. When communities have retrieved rights to their resources, the new education will emphasize the management of human instincts of fear and self-preservation for social agreement and fulfilment.


previous article
Why was I born Nigerian?
next article
The leaking investment called Nigerian education