We must impose peace and unity in Nigeria Journeying through scary or rough paths can be more comforting, and less demanding, when done in company of friends. As you journey towards the same direction, you plough fruits, tell stories, and encourage one another. If one person gets injured on the journey, the other person(s) would prefer to wait and help the injured person. This is because each person contributes – stories, companionship, skills, motivation – in their journey to their common destination/goal. Without common goals, there may never be peace and unity in the partnership/relationship between friends, couples, businessmen, ethnic-communities, tribes, countries and etcetera. Also without common goals between the ethnic communities that constitute Nigeria, all the efforts to impose peace and unity in Nigeria will fail. Unity between different people is stabilized by the mutual desire to overcome common challenges, or to achieve honourable goals. The more honourable the common goals for unity are, the stronger, longer and more productive the unity is expected to last. When different individuals sincerely unite to form a company for providing healthier and cheaper food, drugs, accommodation or education, their unity has high stability tendencies. However, when common goals for unity between persons or groups lack honour and nobility, the unity becomes unstable. In his broadcast after 104days medical leave in London, President Buhari insisted that the unity of Nigeria is settled and non-negotiable.[1] He insisted that advocates for disintegration of the ‘UNITED’ Nigeria are political mischief-makers that must be tackled with military force.[2] This re-echoes the stagnant One-Nigeria-dogma[3][4] for which many have died without a tangible national progress in its defence. After 103years of being together and 57years of independence, there is almost nothing tangible to show as the product of the unity.[5] This prompts a consideration of the common purpose for ‘unity’ between the different ethnic communities that form Nigeria. Or are we still trying to impose peace and unity in Nigeria? 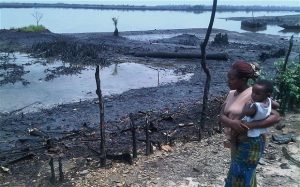 A better common goal for introducing peace and unity in Nigeria could be the desire to utilize local resources for production. Ethnic communities in Nigeria could unite to utilize the mineral resources in their lands to develop their lives and society. They could collaborate among themselves to lead the continent out of unproductivity and backwardness, as they all have human and mineral resources. Nigeria is the most positioned nation to reverse the biblical confusion of human collaboration in the tower of Babel. Globally, Nigerians are doing exceptionally well, even though their heroic acts are underreported while their crimes are over-exaggerated. If Nigerians truly unite for productivity and social justice, many developed countries will experience mass-exodus of their keyworkers. “A successful Nigeria could transform the continent in the twenty-first century… In business, law, science, art, literature, music, sport, Nigeria produces phenomenally talented individuals as if its superheated society throws up brighter, hotter human beings than anywhere else.”[9]

Unfortunately, Nigeria has never been united nor has it ever been in peace since “they lack a common conception of nationhood.”[10] “NIGERIANS HAVE NEVER AGREED – OR BEEN GIVEN THE CHANCE TO AGREE – WHAT NIGERIA IS.”[11] Silent endurance, hidden pains and muffled grudges in the face of persecution and oppression does not translate to peace. The military response to political issues remains a failed attempt to impose peace and unity in Nigeria. The different ethnic communities in Nigeria have been enduring the denial of rights to their mineral resources for production. They have been dehumanized below a degree condemned in the noble Quran which insists that “persecution is worse than slaughter.”[12] Human beings are active and creative beings who derive fulfilment from their ability to manifest the goodness in them. Peace is the harmonious coordination of human productivity and initiatives, and not the absence or suppression of divergent initiatives. Unity becomes the free choice to link with other people for honourable goals and better productivity. Hence, the presence of ‘non-negotiable’ and ‘unity’ in one sentence perfectly illustrates a logical inconsistency known as contradictus-in-terminus. The consistent military perspective of the Nigerian society can only offer brutal but futile attempts to impose peace and unity in Nigeria. 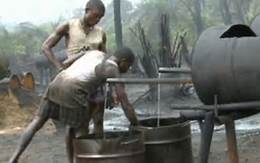 The sincere engagement of the people and their heritage is mainly obtainable through dialogue and never through (military) force. Hence, further attempts to impose peace and unity in Nigeria by force will always fail.

Tags:impose peace and unity in Nigeria
previous article
Futility of miracle mentality in Nigeria
next article
Overcoming the fear to move from importation to production in Nigeria