Grateful for the gift of a nation at 57 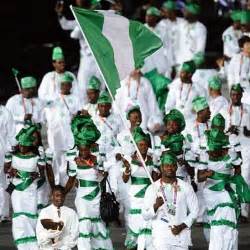 Nigeria is celebrating her 57th independence day from the former colonial masters. Many Nigerians and non-Nigerians mock Nigeria for celebrating 57 years of huge-dependency, unproductivity, poverty, corruption, violence and bitterness.[1] These national and international critics insist that Nigeria should not be celebrating the birth of an unjust and retrogressive society. Instead, they insist that Nigeria should be mourning their jungle, which is hostile to any form of justice and productivity. Fixation on Nigeria’s faults could blind patients/critics to the opportunity for greatness created by the gift of a nation. 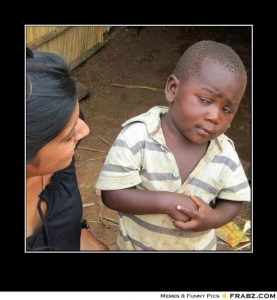 Colonial powers created Nigeria by forcefully merging hundreds of tribes and ethnic communities without their consent to live together. [2] The cost of the merger, in lives, property and psyche, is so horrible that it may take decades to recover.[3] The colonialist slaughtered, humiliated and exploited mineral resources of people from almost every tribe and community in Nigeria.[4] Eventually, they reshuffled the social arrangement of native kingdoms and ethnic communities in convenient clusters[5] for easy access to mineral resources.[6] After the horror of colonialism was exposed by Mahatma Gandhi in India, the colonialists smartly installed loyal indigenes to replace their positions. While the alien social structure for exploitation and exportation of crude resources to foreign industries remains unchanged.[7] 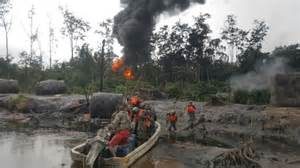 With the continuation of the colonially installed social structure, the different ethnic community structure became powerless and relegated. Today, the average Nigerian native is confused between his being a semi-British-person (Briton) and an African from a unique ethnic-community. His ancestral land is tied to an arbitrary office of a would-be-governor, who can allocate the land to anybody he chooses.[8] Any mineral resource that surfaces on the native’s land is arrogated to a gun-wielding and imposed federal government.[9][10][11] With the denial of these major elements of production, Nigerians float between marketing foreign products and working with foreign exploiters of crude resources.

As a result of this ethnic inability to access resources for producing what they need, many Nigerians are presently hungry and poor. The effort to retrieve these lands and resources from the federal government is resisted with brutal military force.[12] Those who are not connected to the imposed federal government or to the foreign manufacturers struggle to feed themselves. In the North, South, East and West, Nigerians are denied access to mineral resources for producing what they need. 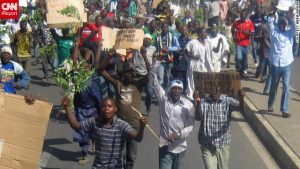 Being unable to access resources to produce what he needs, the average Nigerian becomes poor hungry, angry and desperate. In his desperation to survive the widespread suffering, the Nigerian becomes disposed to fight, cheat, rob, kill, bribe and lie.[13] Soon these survival acts become habits in the Nigerian that he does not stop, even when he has obtained sufficient resources for sustenance. He continues the survival acts in a more sophisticated manner to sustain the resources that insulate him from widespread suffering. 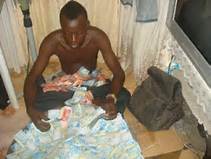 The adverse effects of the colonial experience in Nigeria seem too numerous to be numbered. The loss of indigenous values of productivity and integrity; the hatred, mutual suspicion and violence resulting from the forced amalgamation; alienation and demonization of African cultures and peoples; the continuous injustice and exploitation of raw materials; the loss of cultural distinction and integrity among others. 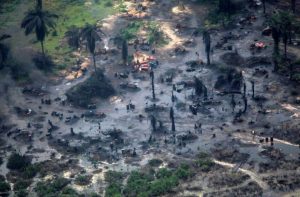 However, it will be historically and morally incorrect to overlook the benefits that came along with the colonial encounter. Human society progresses according to the level of enlightenment and discovery in the society. Many African communities were closed in their crude ways and oblivion of outside world until the forceful merger by the colonial powers. Some communities were reported to have had barbaric practices such as human sacrifice, killing of twins and other mythical lifestyles.

These advantages do not change the fact that the colonialists came to exploit mineral resources and secure foreign territories for themselves. Of course, there has to be a motivation for foreign industrialists to travel far into the thick forests of Africa. There has to be a motivation for sharing some degree of Western Culture with the natives in Africa. The colonialists’ stress in coming to Africa would have been honourable if they had come only for civilization without exploitation. However, expecting colonial industrialists to travel far into African forests only for charity may be naïvety for non-apostolic missionaries. 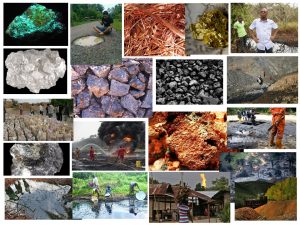 As long as they have the chance to exploit Nigerians through the imposed political structure and elites, colonialists may never give up. Freedom in itself is not given,[17] it is taken when the captive is mentally ready to pay its due.[18] They may have cornered us into an alien structure of governance with different degrees of debt and dependence. They may have serious influences on the military and elite-class for manipulating the minds and policies of Nigerians. Truly, they have imposed what seems to be our version of the Greek gift of a nation. But they have not taken away our capacity to develop our minds to reorganize ourselves in our chosen order for better collaboration.

Man’s mind is his basic tool of survival, [19] and no one controls your mind without your permission.[20] They may torture my body, break my bones, even kill me, then they will have my dead body. NOT MY OBEDIENCE![21] Not my mind! Hence the legendary musician continues to advise: “emancipate yourselves from mental slavery, none but ourselves could free our minds. Have no fear for atomic energy, for none of them can stop up the time. How long shall they kill our prophets while we stand aside and look, some say it’s just a part of it, we ‘ve got to fulfil the books…”[22]

The first step in treating a patient is diagnosing the patient to understand the cause(s) of his ailment. The foundation of Nigeria was not laid on the consent of the people, but on the suppression of the ethnic communities. The ethnic communities are the original and rightful custodians of the indigenous peoples’ customs, traditions, development and wellbeing.[23] Taking away the ethnic communities rights to utilize their resources in developing their natives is like taking away a mother’s ability to feed her children, and has brought untold poverty in Nigeria. Hence, a non-mechanical solution will be the re-negotiation of the Nigerian ethnic communities to collaborate for progress. 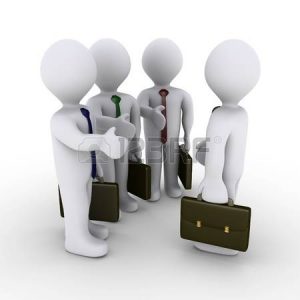 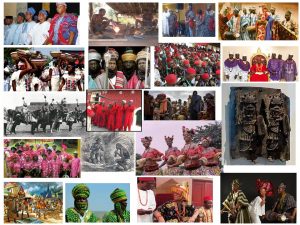 “If we are unable to solve the problem of social control, we are unlikely to be in a position to secure our cultural autonomy …and to use scientific knowledge to promote human wellbeing.” [24]

The ethnic communities will retrieve and begin to develop their resources for the sustenance of their people. The ethnic communities will then align in sections to collaborate according to proximity, economic specialization or cultural affinity. From the consented arrangement of ethnic groups into sections, they collaborate with other sections of the nation for higher productivity. Different sections will align to own and manage their resources, because the nation cannot work without proper distinction of rights and obligations.[25] But if they collaborate, Nigeria, the British gift of a nation, will be one of the most beautiful countries to live in the world.

Nigeria is the most positioned nation to reverse the biblical confusion of human collaboration in the tower of Babel.[26] Globally, Nigerians are doing exceptionally well, even though their heroic acts are underreported while their crime is over-exaggerated. If Nigerians truly unite for productivity and social justice, many developed countries will experience mass-exodus of their keyworkers.[27]Hence, Nigeria – British gift of a nation – has all it needs to become a world power.

“A successful Nigeria could transform the continent in the twenty-first century… In business, law, science, art, literature, music, sport, Nigeria produces phenomenally talented individuals as if its superheated society throws up brighter, hotter human beings than anywhere else.”[28] 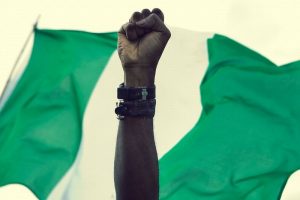 We are grateful to the colonial powers for listening to the voice of reason after the revolution by the apostle of non-violence. We are grateful for the gift of a nation, an ‘independent’ nation, and we know that whatever is worth doing, is what doing well. The colonial powers still exploit mineral resources from the irregularly arranged gift of a nation, and may not give up easily. Yet, theirs has been a history of greatness in the discoveries that has enlightened the world till this age. They will, therefore, not continue to be partake in modern barbarism, into which other world powers are diving.

That they can still do more on the areas of global justice is an understatement; they only have to look beyond the fear of freeing the world beyond their maps. Then they can freely speak freely from their hearts without diplomatic lies and contradiction of conscience. Then they can be sure that they have truly given Nigeria the gift of a nation, instead of a fighting cage. Then the world’s relationship with former colonialists will no longer be of oppressors and victims, but of FREE-business partners. The British gift of a nation to Nigeria can only be true when Nigeria begins to utilize what they have to produce what they need.

[1] Inihebe Effiong, The Shame of a nation and why we should not celebrate. http://dailypost.ng/2014/10/01/inibehe-effiong-nigeria-54-shame-nation-celebrate/

Tags:Gift of a nationNigeria at 57
previous article
Enemies of the state; which state?
next article
The guilt of the innocent consumers