Choosing between our safety and our ideals: the national hostage 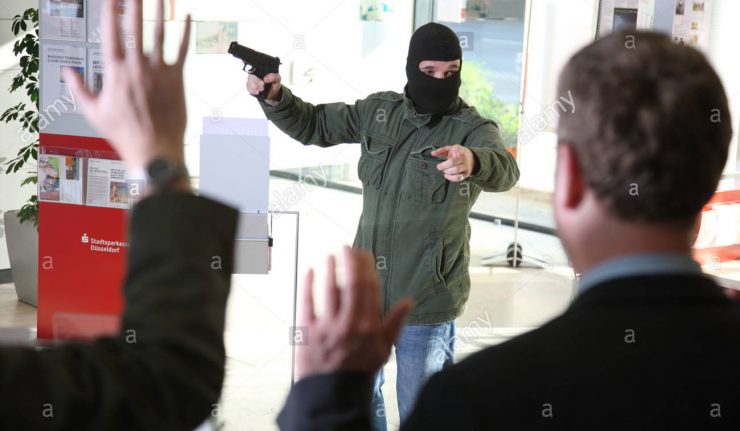 Your money or your life! When armed robbers operate, they threaten the victims to choose between two necessary and complementary elements of their lives. Though people need money for their ideal-lives, they need to be alive to utilize the money or make more money. Pending the duration of the robbery, the victims are held hostage until the robbers have taken everything. As it is with robbery, so is it with forced relationships where we are forced to choose between our safety and our ideals. 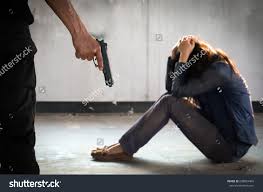 One of the most basic instincts in all living beings is the instinct of physical survival.[1] Once the physical survival is assured in human beings, people begin to seek higher ideals as ways of life towards fulfilment.[2] These are people’s attitude to foreigners, allies, possession, productivity, freedom, security, honour, suffering and life in general. A people’s ideals are their noblest characteristics in relation with other people and circumstances around them. Communal administration of groups of people promote sets of ideals to guarantee their safety, progress and the continuity.

A people’s ideals or way of life can be challenged by natural and man-made factors.

Famine, flood, erosion, earthquakes and other natural disasters can cause people to temporarily abandon some of their ideals. In several occasions, the survivors of natural disasters adjust and continue with their noble ideals towards full recovery. A challenge on people’s ideals by human agents seem more dangerous as it comes through invasion, slaughter and bullying, with a tendency of permanent takeover of people’s administration. The invaders are often attracted by the lands, human and mineral resources belonging to dwellers who are pressured to choose between their safety and ideals of freedom and progress. 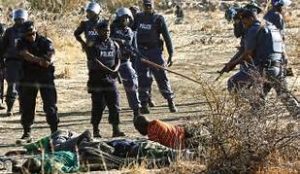 Ethnic communities in the present-day Nigeria had their different social ideals before the advent of colonialism.[3] Eventually, the British colonialists forcefully jam-packed hundreds of unwilling ethnic social administrations under an alien form of foreign-armed civil government. Using military force, the ‘civil’ government is organized to forcefully confiscate the lands and resources[4][5][6] of the different ethnic communities. They are also armed by the colonialists to obtain a forced compliance from the different ethnic communities.[7] Communities seeking ideals of freedom and productivity from mineral resources are made to choose between their safety and their ideals.[8] 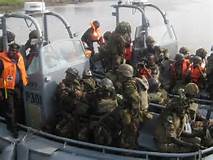 Today, as natives from different ethnic communities in Nigeria, we are forced to choose between our safety and our ideals. Many Nigerian engineers wish they have access to mineral resources like iron ore for producing several industrial machines in Nigeria. Many Nigerians are eager to refine fuel, produce drugs and other commodities, but they have no access to their mineral resources. Instead these mineral resources are auctioned out to highest bidders,[9] who happen to be the former colonialists. Even as regions wishing to leave the forced-union, natives are slaughtered and made to choose between our safety and our ideals. 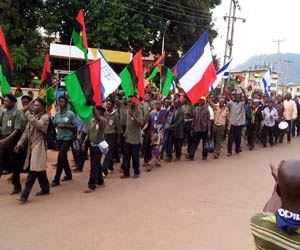 In hostage situations and denial of either safety or ideal, hostages devise options for obtaining both their safety and their ideals. They will have to choose between struggling physically, legally or morally. Particular Nigerian ethnic communities may not be able to withstand a physical confrontation of a foreign-armed government. International legal confrontations become volatile because of foreign interests in crude resources from a Nigeria on hostage. Nigerian ethnic communities are, thus, left with the option of moral confrontation to expose the hypocrisy of foreign self-righteousness.

The non-violent resistance of Mahatma Gandhi in India was a demonstration of moral confrontation. He educated his people on self-restraints in the face of oppression as a way of exposing the error of colonialism. In unison with indigenous leaders, he flouted the unjust laws that restricted the Indian from accessing his natural resources for production. When it became obvious that Indians were not the aggressor, but the victims, Britain lost its moral authority on India.

As it was in India, different ethnic communities in Nigeria will retrieve access to their mineral resources for production. The traditional institutions, who are the rightful and natural custodians of the people’s customs and ideals will re-educate their people. Then the intelligent and industrious young men and women will utilize their mineral resources to produce what they need. These ethnic communities will freely align and collaborate within themselves based on affinity or resources for more harmony and productivity. Then we will not have to choose between our safety and our ideals, because we need both for a meaningful life. 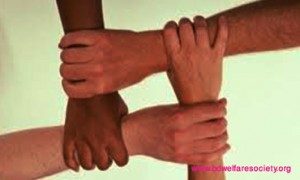 Tags:between our safety and our ideals
previous article
justifying the balance of misfortune and the solidarity of slavery
next article
employment as investment vs employment as settlement in Nigeria