The slavery of the untouchables: a Nigerian perspective 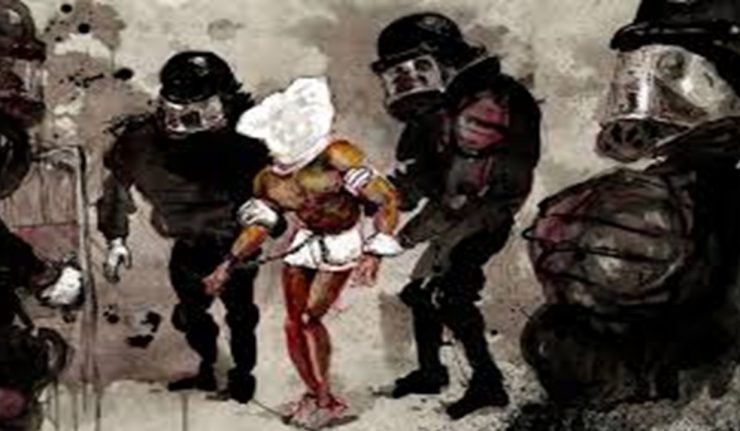 After suffering series of sexual abuse from visiting men, Judith became used to sexual abuse that she forced her younger sisters into it. She locks her sisters in a room, and allows the visiting men enter when they pay her for ‘short-service’. Judith has been unable to learn any skill for herself, and she would not allow her sisters to learn either. Though she is controlled by the demands and money of the visiting men, she appears untouchable to the sisters. Her untouchability to her sisters, dependence on exploitative men, and her inability to develop herself for higher purposes demonstrates the slavery of the untouchables.

Humans find fulfilment and meaning of their lives by contributing to the wellbeing of other human beings.[1] The human society is thus formed so that human beings can collaborate within a territory for their general fulfilment and wellbeing. To the extent a person contributes to the society, to that extent is he relevant and fulfilled in the society. However, the level of an individual’s fulfilment from social contribution is determined by their freedom in contributing. Hence, those who are compelled to contribute passively or actively by other people or factors may be regarded as slaves.

Slavery is a “social practice of owning human beings as property, especially for use as forced labourers.”[2] Some obvious features of slavery are the imposed legal and physical restrictions from some choices and compulsion to others. Yet, there is an even more agonizing slavery, which is the self-imposed emotional slavery. Out of greed, fear, pleasure or laziness, an individual submits his freewill to a morally and emotionally degrading condition. It is marked by an inability to desist from degrading and inglorious actions that inhibit the fulfilment of people’s noble aspirations.

A man who is instructed to kill or hurt the people he should naturally be protecting for some financial social gains; a person compelled to forgo his life’s purpose in pursuit of other people’s purpose for gains; a cultist or robber who is made by persons or circumstances to commit atrocities that counter his life’s purpose; all these demonstrate the slavery of the untouchables on the people who are weaker than they are. They are untouchable to their victims, but they are slaves to persons or circumstances influencing them. The enemy will not have good access to a city without the help of an insider who is emotionally caged by the enemy’s gifts or threats.

Different societies are organized in peculiar ways that places some people in charge of the destiny of the whole community. Through their policies, the ‘leaders’ either become liberators of their people from economic and social constraints or they become slave-masters. By becoming slave-masters they subject themselves to the control of foreign powers or their own vices. Hence, their submission to foreign powers or their personal vices illustrates their situation as the slavery of the untouchables.

Many Nigerian ‘leaders’ seem held down in the slavery of the untouchables. Nigeria was formed by the British forceful amalgamation of different unwilling ethnic communities under a federation. Since the brutal amalgamation, Nigerians have never agreed or been given a chance to agree what Nigeria is.[3] Instead, the different sets of leaders have sustained the imposed colonial structure that denies Nigerians the opportunity to develop.[4] The blanket confiscation of lands[5] and mineral resources[6][7][8] for production has placed Nigerians under perpetual slavery.

Hence, different regimes of Nigerian government have tried to manage the effects of this vital denial and slavery. Today, Nigerians hardly produce any tangible or technical commodity since they have no access to their mineral resources for production. Both the leaders and the citizens now depend on foreigners for food, healthcare, machinery, employment and luxury. In their slavery of the untouchables, the ‘leaders’ cannot develop their productive capacity nor allow others develop. Instead, they import and share finished commodities and foreign infrastructure (testament of dependency) for temporary media applause.

They have the opportunity to liberate their society from unproductivity, but are afraid in their slavery of the untouchables. They try to convince themselves of the permissibility of their actions because it might be difficult to abandon their privileged positions. Yet, whoever is held down from actualizing his full potentials for wilful impact in a society may be considered a slave. No matter how beautifully decorated a knife is, it is useless when it cannot be used for cutting things.

In their emptiness of life, the untouchables feel themselves with noise to block the inquisition of the conscience. They do some charity and penance to reduce the gravity of their guilt. Yet, internal fulfilment rising from true self-appreciation will continue to elude them until they liberate their society from unproductivity. Their hearts will remain a battle field without peace as they try to find justification for betraying the confidence reposed in them. A way out will include to obtain true consent of the ethnic peoples in the organization of Nigeria for collaboration and productivity.

Slavery of the untouchables is demonstrated in the disposition of an individual to be used against his own people by foreigners or internal vices.

Tags:slavery of the untouchables
previous article
Apocalypse of an ill-planned restructuring in Nigeria
next article
our money economy, their product economy; why MMM succeeded in Nigeria