hold your leaders responsible; which leaders? For how long? 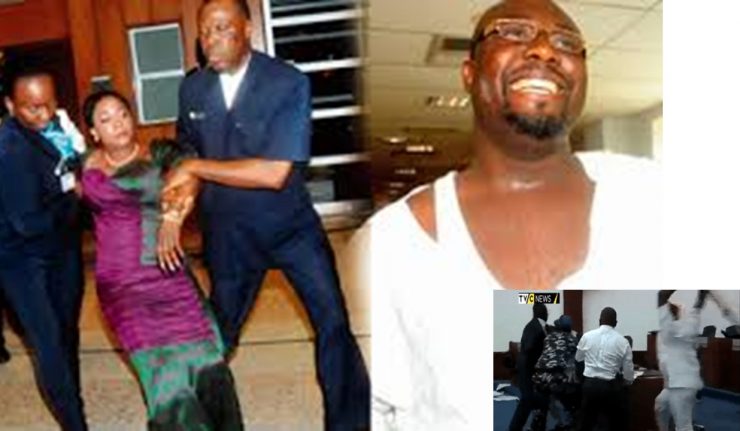 Watching couples play-fight with pillows can be very attractive and romantic. If other couples, who do not understand the pillow’s internal makeup, use sandbags for their play-fight, the outcome will be disastrous. Some people are quick to compare the imposed Nigeria’s federalism with America’s, without considering the process of formation. They say to Nigerians: hold your leaders responsible like Americans did to achieve development. Expecting Nigeria’s imposed governance to work like America’s consented governance is like expecting same effect between sandbags and pillows in a play-fight. They were not created for the same purpose. 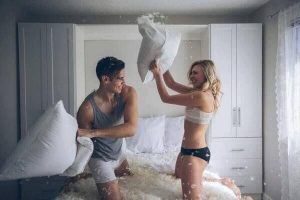 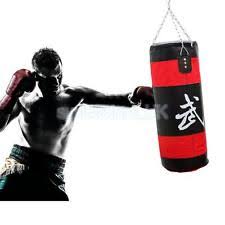 Several foreign and local scholars, politicians and advocates consistently blame Nigerian citizens for the country’s poor situation.[1] They insist that Nigeria has remained retrogressive after 57 years because the citizens do not hold your leaders responsible.[2][3] Some maintain that politicians steal and fail to build infrastructure because Nigerians do not stone them.[4][5] This brings us to consider the question of what is meant, how, why and who should hold your leaders responsible.

What is meant by hold your leaders responsible? How is it done in Nigeria?

It is the insistence that the post-colonial government should provide ‘good governance’: security, amenities and infrastructure. In many occasions, the concept, hold your leaders responsible, is reducible to two ideas.

The first is to protest and criticize the government as loud, wide and long as possible until they respond to calls. This includes investigative journalism, government scrutiny, media access and readiness to wail loud enough till you are heard or killed. If you wail loud enough to attract international attention, government officers adjust slightly or invite you for an exclusive treat. 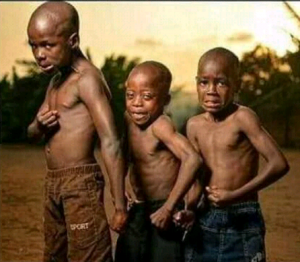 The second idea, which comes when the first has failed, is to wait for four years to vote them out.[6][7] This involves the ability to mobilize people to withstand threats by political thugs, riggers, sun and rain. When you succeed in voting them out, they retire with the loot amassed over the waiting period of four years. As you mock them for losing election, you have no guarantee that the new person will perform the expected magic. Hence, you may have to watch the ‘new messiah’ loot for another four years before you vote him out again. And so continues the cycle.

Why are you expected to hold your leaders responsible?

Then, the federal government and other lower governments build whatever they feel will be good for the people.[13][14] The people begin to make demands from the ‘new form of leaders’ who have taken over access to their land and mineral resources. Hence, people of different ethnic communities demand that government should provide roads, electricity, hospitals, airports, water-supply and other amenities.  Different levels of Nigerian government are now judged according to how much amenities they provided with the combined resource funds before looting. When the amenities provided after many protests spoil, the people begin another set of protest in waiting for government.

Wouldn’t they have insisted on retrieving access to their mineral resources, so that they can produce these amenities? Wouldn’t it be more economical and extensive for Nigerians to utilize their resources in producing, managing and maintaining these amenities? Wouldn’t it improve standard of living, if the people can and actually produce their infrastructure without waiting for government’s foreign infrastructure? Or should the effort to hold your leaders responsible always be to ‘buy’ more foreign goods, infrastructure and amenities?

As who do you hold your leaders accountable?

What level of stake do you have in this Nigerian government? How legitimate is your grievance? As private individuals, resident in other tribes and ethnic communities, Nigerians may only protest on the right of a volatile constitution. However, non-violently demanding access to mineral resources in your own ethnic community for production is not only legitimate, but imperative.

Protesting mainly for government’s provision of foreign amenities and infrastructure as main duty is an escape from productive responsibility. Without retrieving access to mineral resources for productivity, the post-colonial government will continue auctioning your opportunity to be productive. When they control and auction the mineral resources, they then have enough revenue for white-elephant projects and loots. Hence, the system of public confiscation of mineral resources may never work for citizens to hold your leaders responsible.

First, what is that government, how was it created, who created it and why was it created? If you are unable to answer these questions correctly, no amount of wailing will hold your leaders responsible. Since Nigerians did not unanimously create this government, you may not truly hold your leaders responsible until you recreate the government. Cruel leaders are replaced only to have new leaders turn cruel.[17]

Secondly, the immunity clauses[18] in the imposed Nigerian constitution makes it almost impossible to ‘hold your leaders responsible’. They have many security men and soldiers who do not hesitate to shoot a protesting crowd.[19] Hence, you have to wait for four long years before you can vote them out, maybe, for a worse candidate.

If you don’t know what you want, you will just take anything given to you. The effort to hold your leaders responsible is not limited to the cry for foreign infrastructure and amenities. It is rather a demand for the freedom to pursue a full measure of productive happiness. How many four years will we have to wait, and how many prayers do we have to pray for a better candidate?

[1] Arthur Martins Aginam, “Why Nigeria Should Interrogate their leaders” in The Guardian reported by Mohammed Abubakar https://guardian.ng/politics/why-nigerians-should-interrogate-their-leaders/

[4] Rotimi Amaechi, “We steal because Nigerians don’t stone us” In Vanguard December 15, 2013 https://www.vanguardngr.com/2013/12/steal-nigerians-dont-stone-us-amaechi/

[5] Tony Momoh, “Stone us if we don’t perform in two years” In The Guardian 03-April-2016 https://guardian.ng/news/stone-us-if-we-fail-after-two-years-says-momoh/

Tags:hold your leaders responsible
previous article
our money economy, their product economy; why MMM succeeded in Nigeria
next article
The distraction of appointments and federal character in Nigeria