You do not teach a people their constitution, otherwise it is not theirs 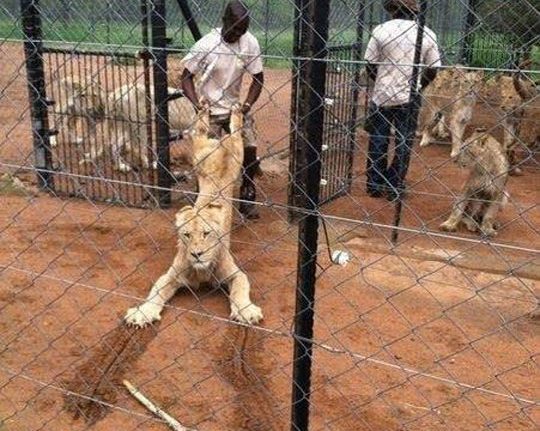 Relationship between men and women, husbands and wives, can be so ‘sweet’, and remains the instrument of human-survival on earth. This relationship begins with the agreement of a man and woman to live and collaborate as a team. Each relationship is unique, and couples continually adjust their conducts in their unique circumstances based on their initial agreement. When they have misunderstandings, they discuss or meet a counsellor for advice, but not for the initial agreement. Their agreement is theirs, and theirs to protect, if they still wish to further. Societies relate for development when they agree in a constitution to collaborate for mutual benefits, not by imposition of another’s opinion.

Some political contributors insist that Nigeria is underdeveloped because the people have not been obeying the Nigerian constitution. Governor Ajimobi of Oyo state remarked: “Go and check countries that work well. You will see that they are countries where citizens obey the rule of law; where all people and institutions are subject to and accountable to the extant law that is fairly applied and enforced and where there are no short cuts.”[1] Some Nigerian lawyers insist that Nigerians must be taught the provisions of the Nigerian constitution, so that they can obey.

What is a constitution?

A constitution is a set of fundamental principles or established precedents according to which a state or other organization is governed.[2] It is a testament of a people’s agreement on terms and conditions for their collaboration in a society. Constitution is either written, contained in one document, or unwritten, contained in several documents, edicts and judgments. Constitutions are formed following a process of enlightenment, consultation and agreements from sections of the society to be bound in it.

Legitimacy of a constitution as condition for efficacy

Legitimacy is the right and acceptance of an authority, usually a governing law or a régime.[3] It is the free and informed “consent of the people to be governed” by a law or form of government. Ayn Rand insists that “the precondition of a civilized society is the barring of physical force from social relationships – thus establishing the principle that if men wish to deal with one another, they may do so only by means of reason: by discussion, persuasion and voluntary, uncoerced agreement.”[4] In political systems where this is not the case, unpopular régimes survive because they are considered legitimate by a small, influential élite.[5] Yet, legitimacy remains a basic condition for governing, without which a government will suffer legislative deadlock(s) and collapse. The source of the government’s authority is “the consent of the governed.”[6]

What is the Nigerian constitution?

Nigeria was formed by the forceful amalgamation of several unwilling ethnic communities, who have never agreed to collaborate for development.[9] “Nigerians have never agreed – or been given the chance to agree – what Nigeria is.”[10] “Africa’s nation states were formed by foreigners, lines drawn by Europeans on maps of places they had often never been to. They carved out territories, cut up kingdoms and societies of which they had little idea… They (Nigerians) lack a common conception of nationhood.“[11] Hence, it is a bondage of unwilling people, who may never collaborate for development because of their mutual suspicions.[12]

Must Nigerians retain the imposition of the present constitution?

Since Nigerian constitution did not proceed from the people, but was imposed on a colonially-defeated people, it may not lead to progress. Humans are not robots, always waiting for orders to obey. Instead they are thinking beings, who choose what they believe will be good for them. Proponents of the Nigerian constitution have not been able to demonstrate or convince the ethnic communities of its good effect. Instead, they only resort to military force and a repetition of unproven colonial ideologies for imposing the constitution.

Hence, it becomes imperative that the ethnic communities understand themselves, negotiate with others and agree on their mode of relationship for progress. The insistence of status-quo advocates that Nigerians must be taught an imposed constitution is like teaching a caged lion how to live in a cage, instead of freeing the lion to live its life. You do not teach a people their constitution after you have made and imposed it on them; they develop their constitution by discussing and agreeing on terms and conditions for relating with other people for common good.

[1] Abiola Ajimobi, Why Nigeria is not progressing. https://www.vintageinfo.com.ng/why-nigeria-is-not-progressing-ajimobi/August/12/2017