Education in Nigeria: liberation or indoctrination 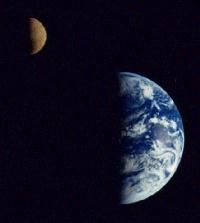 Moving through the dark brings a lot of fear, anxiety and uncertainty to the human mind. The thought of an unseen enemy or element waiting to hurt you in the dark scares even great warriors. They would prefer light to see and know their true opponents, in order to prepare their minds for defence or attack. Crude nature, both human and environment, can be very harsh and complicated for man that he requires enlightenment and directive. Education, thus, becomes an enlightening liberation of the human mind from the darkness of ignorance about nature (human and environment). Thus, education as liberation.

Human society is formed by the agreement of the people to collaborate and utilize their human and natural resources for common good.[1] They are faced with sicknesses, hunger, pain, loneliness, anxiety and fear about the environment that they require direction for survival. Members of the society continually investigate the behaviours of these natural phenomenon, in order to relate with them properly. In order to make progress, humans are guided by their discoveries to relate with natural phenomenon (themselves, others and environment).

When a member of the society discovers a relevant behaviour about resources in the environment, he informs others about the discovery. The other members of the society go ahead to verify the discovery, and begin to apply it in their relationship with nature. Hence, humans have always shared knowledge (freely or payed) with one another, to increase the enlightenment and civility of mankind.

The purpose of education is to liberate humans from extreme ignorance and fear of nature (humans and resources). This liberation from ignorance and fear allows humans to engage nature practically towards creating a happy, sustainable and comfortable life. It equips humans with the necessary knowledge and disposition for interacting with other humans and environment for common good.

However, some people are not easily freed from the fear of other human beings, even after mastering nonhuman elements. They feel threatened by the presence of other humans, who they believe will limit their opportunity of fully enjoying natural resources. Although they are afraid of other people’s capacity to limit their enjoyment, they still need other people’s collaboration for work. Hence, they seek ways of conditioning other people’s minds, to think in particular ways that will allow for their exploitation.

In this case, the education that can, and has been used to liberate humans from ignorance is used to condition people in selective-ignorance. This is achieved by giving partial information that over-emphasizes an aspect of life as absolute, while suppressing others. This type of mind-conditioning is referred to as indoctrination, which is a process of “teaching somebody a belief, doctrine, or ideology thoroughly and systematically, especially with the goal of discouraging independent thought or the acceptance of other opinions.”[2] Indoctrination has been a tool of mind-control for warlords, rulers and masters right from the classical eras to the modern age.

Users of indoctrination introduce the partial information about reality in academic curricular, social and religious laws, doctrines and propaganda. They ensure that the people to be indoctrinated are made incapable of objective reasoning to question the content of their learning. Social indoctrination employs several logical fallacies like generalizations, false cause, and appeal to force, emotion and authority to impose their doctrines. A terrorist would preach: “White men colonially exploited Africa, therefore ALL white men are wicked racists, and must be killed.” This claim is a half-truth, but has been absolutized for people who neither know history nor practical logic.

In Nigeria, the attempt to properly relate with the (environment) mineral resources for productivity is hindered by a series of dogmas.

First, the Nigerian ethnic groups and communities are neither one nor agreed to work as one, against the popular proclamation of one-Nigeria. “Nigerians have never agreed – or been given the chance to agree – what Nigeria is.”[3] However, if Nigerians agree to cooperate for productivity, they will be a formidable force in the world.

Second, the Nigerian constitution that begins with “We-the-people-of-the-Federal-Republic-of-Nigeria”[4] did not proceed from the agreement of the different groups. Instead, it was imposed and sustained by the colonially influenced and militarised federal government. Hence, it does not represent the will of the people, nor their agreement to collaborate as one using the offices created therein.

Third, the Nigerian Mineral and Mining Act[5][6][7] has been used as a justification for the confiscation of ethnic communities’ mineral resources for foreign exploitation. However, those documents were never formed with the consent of the people, nor for their own good. Hence, Niger-Delta militants and other Nigerians have been grumbling about their inability to access their mineral resources for production.

Fourth, the insistence that Nigeria’s mineral resources must be sold to obtain money for developing Nigeria is fallacious. Nigerians themselves can utilize those resources for developing Nigeria. But in the absence of access to mineral resources for production, almost all Nigerian graduates are taught and expected to struggle for white-collar jobs or begin marketing. Hence, pharmacists and engineers queue up in search of bank and management jobs. “The educational system still trains people for a lifestyle that is unavailable and unaffordable to most Nigerians… alienates the Nigerian from his environment… In contrast to our pre-colonial education, which was tied to our ways of life.”[8]

Fifth, “Nigerian-youth-are-unemployable”[9] has become the new distractive dogma for blaming a generation who are denied access to mineral resources for production. The few set of people, who benefit from the unjust social structure blame the suffering populations’ ‘laziness’ and ‘wickedness’ for Nigeria’s misfortunes, instead of the availability of resources and proper education for productivity.

Many of these fallacies are consistently taught to form the basis of beliefs and behaviours of Nigerians. And they have constantly influenced the relationship between Nigerians, leading to many avoidable conflicts and crisis. These dogmatic thoughts represent education as a subtle indoctrination, instead of liberation for healthy collaboration and productivity.

Eventually, the ethnic communities will organize themselves to demand access to their resources, freedom for their negotiations and to properly educate their citizens for collaboration and productivity.

[4] Constitution of the Federal Republic of Nigeria, 2011 as amended, Section 18, subsection 3, paragraphs i, ii, iii

[9] Femi Falana, The Right To Education And The Challenge Of Knowledge-Production In Nigeria, in a convocation lecture at Dominican University, Samonda, Ibadan, on 7th June, 2017

Tags:education as liberation
previous article
You do not teach a people their constitution, otherwise it is not theirs
next article
fulfillment and the purpose of life