fulfillment and the purpose of life 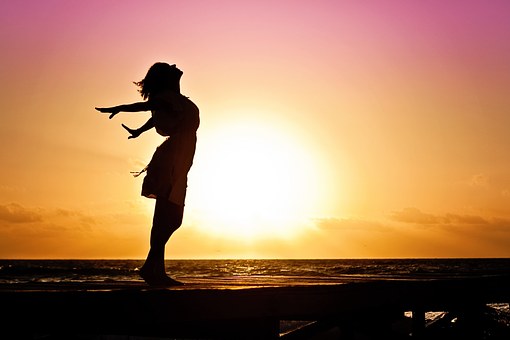 Mike was moved to help after observing the level of anxiety and desperation manifested by a young mother. Her husband had died leaving her with three children, and without a substantial source of income. The economic atmosphere in Nigeria is already tough for working families that single parents without stable income may likely fail. Though Mike facilitated the young widow’s gainful employment, he could not help all other people in an ill-structured society. Yet, he gets fulfillment, that internal voice of self-appreciation, whenever he remembers the widow or her children.

Nature is crudely filled with untamed tendencies and difficulties like hunger, sickness, scientific and technological limitations, greed, ignorance and fear. Though these factors constitute serious challenges for humans, they present human beings with opportunities to manifest themselves and their creativity. Human fulfillment comes from human contribution to reducing the suffering and difficulty FOR HUMANITY through different means. This contribution is marked by an openness to multiply the good effect of our gifts for more people. Thus, difficulty in bank withdrawal queue is being resolved by ATM, sicknesses by drugs, social injustice by socio-political reforms.

Many creationists believe that, at creation, each human being received some degrees of creativity for managing nature for the society. Every human obtained some genius, which they have to discover, develop and utilize for making impact in the society. Eventually, humans are appreciated, condemned or neglected according to their contribution to the development of nature for human society.

Apart from the external appreciation, an internal voice, which comes with a subtle feeling of explosive joy, appreciates humans when they respond to nature. This type of internal appreciation occurs when people contribute wholeheartedly to the reduction of difficulty and suffering in the world. This is the irreplaceable feeling that fills the emptiness of human life, giving meaning to life and replenishing the mind. This internal voice of appreciation, which springs up on its own, is referred to as conscience by religious people.

It may seem that fulfillment (the internal voice of appreciation) is unrealizable given different social and economic factors.

Despite the difficulty and uncertainty about making humanity-relevant contributions, humans will ever seek it, as a healthy recipe for the soul’s fulfillment.

In Nigeria, many of the cases requiring actions for fulfillment are linked to government policies in Nigeria. The situation of poverty and hunger, despite abundant human and mineral resources is linkable to social organisation. Thus, it becomes difficult to truly sustain any help rendered to people in a volatile environment.

Fulfillment does not just come by giving from what we have, but giving from who we are. No one does evil because it is evil, but because they are conditioned to think it is good. Our work is not to condemn those who did evil, but to demonstrate to them the benefits of virtue in real life.