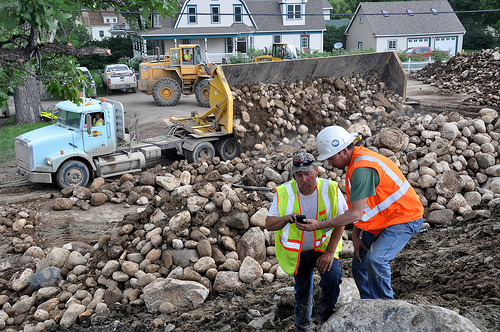 Political parties and church are clearly fighting for supremacy in Nigeria. In number, the ratio of churches to political parties could already be 10:1. There is almost no corner you turn without seeing a banner or a signpost of some sort giving you direction to a church with messages focused on physical prosperity. Only very few are concerned with the soul which happens to be the primary reason Christ founded His Church. The availability of so many churches does not make us more spiritual, what we get in some churches is a painful emptiness, a lifeless silence that one should not experience in a place supposedly dedicated to God.

It is the same with political parties. We already have more than enough, yet we are far from achieving or practicing true democracy. When a party is formed, it is expected to work with an ideology that would ensure the realization of the dreams of our founding fathers, which includes among other things provision of adequate security, equality and respect of the sanctity of life, a functional judiciary system and availability of basic amenities at little or no cost.

Years ago, when the population was not as it is today and oil was a major source of energy for the world, mismanagement of revenue and borrowed funds may not have immediate and dire consequences, but now every single act of embezzlement leads to the death of a child, inadequate health care for the sick, creation of a new criminal and other unimaginable pains.

What we need is not more political parties but political hygiene. In his speech on the magufulification of Africa, Prof. Patrick Loch Otieno Lumumba, a foremost admirer of the Pan-Africanist Julius Kambarage Nyerere, stressed the importance of hygiene in politics. When one listens to his speech, the illness of Nigeria becomes more glaring, the future becomes more uncertain and the need for introspection becomes more urgent.

It seems that placards and protests have become comic relief even though they lead to death or some form of injury whenever they occur. The setback may be as a result of lack of follow up after public demonstrations. Yet, it is still commendable that some people have not given up the struggle or taken to violence as a means for seeking attention. Like Martin Luther King Jnr once said “I have consistently preached that nonviolence demands that the means we use must be as pure as the ends we seek.” We seek a peaceful end and peacefully shall we achieve a lasting one.

We need political hygiene in INEC and note a registration of more political parties.