The more local we go, the more international we become 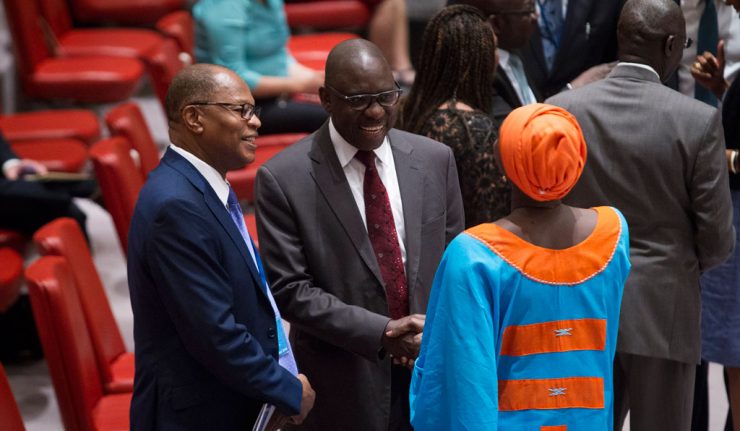 The more local we are as Africans, the more international we become

Learning how to swim in a deep swimming pool is both an interesting and dangerous experience for learners. When some learners get tired midway and are afraid of going down, they struggle frantically, swinging all arms, to stay afloat. However, the more they struggle to stay afloat, the more they go down, losing their energy till they drown. But if they calmly descend to the pool’s bottom, they get some energy to shift towards the wall and launch onto the top for rescue. Similarly, without descending to local understanding, stability and development, it may be difficult for Africans to attain sustainable international altitude.

The struggle for international recognition by copying Western trends keeps Africans stranded between who they are and who they want to become. They do not accept who they are as Africans with specific cultures and values, nor are they accepted as full-westerners. This continuous struggle to meet up and align with ‘international standards’ continuously saps African cultural identity, morale and socio-economic energy. In academics, politics, culture and capitalist-individualism, Africans struggle to align and qualify for a cheaper version of the West. The energy expended in aligning with international worldviews could have been used in understanding and developing the African society for progress.

People’s ways of lives (cultures) are shaped by their environmental influences and experiences from which they form their world-views (philosophies). These worldviews are expressions of people’s beliefs at different times, which form the foundation of their attitude to governance and productivity. People’s philosophy determine the way they make their laws and policies. When the philosophy and laws truly reflect the people’s beliefs, they easily implement/actualize the provisions of the laws and policies. In heterogeneous countries, philosophies, values and laws of component groups are harmonized in four stages: internal distinction and maturity, complementation, alignment and agreement.

Unfortunately, African nations and constitutions were not developed from harmonizing communities, cultures and values of the different peoples. Instead, African nations and constitutions were forcefully formed using colonialists’ philosophies for alienation and exploitation. The communal distinctions, customs and values of different African societies and kingdoms were not considered during the colonial formation. On the contrary, the colonialists cut up and joined several unconsented kingdoms and societies under westernized political structures. Since then, African nations, peoples and scholars keep fluctuating in a perpetual confusion between native and western cultures and values.

It may seem that Africans need to continue pursuing western cultures and philosophies since the West is far more developed.

When infants observe older people walking and running around, they wish to run like those other people. However, if the infants do not take time to sit, crawl, stand and walk, they may never develop the required muscular firmness. Likewise, if African nations fail to confidently discover and build on the original elements of their cultural values for collaboration and productivity, they may never develop. Instead, they will continue to beg for the approval and affirmation of their humanity, civility and productivity. Pretending to trend along foreigners by copying their cultures, without local distinction and stability makes us more confused beings than we understand.

The West has developed many wonderful trends in politics, education, productivity, trade and lifestyle from their collective experiences. These trends have been consistently and globally flaunted, often as the best, on media and real-life. Yet, these foreign-baked trends may not substitute for the discovery and developmental processes required for developing progressive African trends. Africans may not need a continuation of Ivy-League-debates on Western consideration and hopeful recognition of African cultures. Instead, they require a clarification and development of progressive values from the original African institutions that organized African societies before colonialism.

There has to be cultural interconnectivity between Africa and other peoples for the development of African countries. But before then, there must be a cultural anchor from which Africans evaluate what to accept or reject in their culture. Pre-colonial African societies were anchored on communalism, which made Africans responsible for themselves in their community. The feeling of responsibility for one’s community, as opposed to capitalist-individualism, made it almost impossible to find beggars in the pre-colonial African society. People were motivated to work hard because they were part of cultures that rewarded hard-work and responsibility for community development.

As much as we avoid an extreme form of cultural relativism, losing touch with universal human-reality, we must discover who we are.

The beauty of international relationship is increased by the variety of opinions and cultures that converge towards a common goal, not the monotony of cultural trends. By evaluating and stabilizing our local values before rising to international lights, we bring in an African-cultural flavour as a variety-contribution to the world. We will then rise as a people who are proud and rooted in a culture that yields modern collaboration and productivity. Originality distinguishes us as a people, and marks the uniqueness of our voice: each one of us must be original, and not some cheap copy of Hollywood, Europe, Asia or Americas.

Tags:The more local we become
previous article
Should Nigerians not blame colonialists for designing their social woes?
next article
Our mumu don really do?