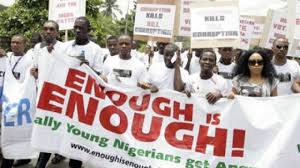 SITTING OVATION
The desire for greatness often rise from hearing or reading about greatness or great men. Going through the biographies/autobiographies of leaders, African leaders and especially, leaders who were at the forefront of their nation’s independence is always a thrilling experience. Their incarcerations, tortures and finally their victory are always thought provoking and admirable. Some of Africa’s exemplary leaders include, Kenneth Kaunda, who is associated with the freedom of Zambia, and Ghana’s Kwame Nkrumah, who said that “Revolutions are brought about by men who think as men of action and act as men of thought.” In the long list of true African leaders, the name Nelson Mandela of South Africa, whose ‘Long Walk to Freedom’ remains a classic, is immortalized as far as mortals remain.

These men were not perfect humans, they made mistakes, but corrected them or showed efforts towards correcting them. And people’s hearts are mostly won by leaders who accept failure as an opportunity for redirection.

Also in Africa, we have had leaders who suffered from hero syndrome and martyr complex. They suffered hero syndrome by thinking that they alone can lead, and martyr complex by thinking that their people owed them. As a result of these psychological impairments, their actions become dictatorial and their exit from the good books of the populace becomes unrestricted. They include Uganda’s Idi Amin, Libya’s Gaddafi, Zimbabwe’s Mugabe, Malawi’s Hastings Kamuzu Banda and Equatorial Guinea’s Obiang Mbasogo. These men had opportunities to leave long lasting legacies to be built upon, but in their exercise of the gift of free will, they erred without remorse.

Nigeria with all its beauty and endowment has become through the manipulation of her politicians, a stage where the last part of George Orwell’s “Animal Farm’ is animated. I have read about good Nigerians, heroes in their own right. But when you talk about good leaders in Nigeria and precisely good leaders at the helm of affairs, I would take that with a pinch of salt. Literatures may someday emerge about them but till now, I am yet to find one.

Misfortune is not what one prays for, but sometimes its occurrence can be tagged a reawakening. Before today, interest in Nigerian politics and the power of the voter’s card, as far as I know, has not been this popular. The unfortunate reality of bad governance in Nigeria in recent times has stirred almost all Nigerians’ interest in politics.

Talking about the Nigeria presidency, I wish to reecho Ayi Kwei Armah’s words ‘The Beautyful
Ones Are Not Yet Born’. It could be because the best are yet to win elections or refuse to contest. Whatever the case may be, Nigeria is in dire need of a good leader, at least one that we could all be proud of after his tenure to say he was a leader who led well.

Before general elections within the last decade, supports for presidential candidates were always high, bearing hope of resurrection from the deep sea of ‘directionlessness’ and corruption of a previous regime. They lament that the gap between the rich and the poor was almost as wide as the biblical gulf between Lazarus and the rich man. The atrocities of previous regimes were painted to be so much that we lost count of the extra straws after the last straw that broke the proverbial camel’s back. At each of those points, many were fed up and a leadership change was necessary.

The recent change of government was seen as the beginning of a new era. News of our armed forces progress became frequent, government workers became punctual and the future seemed to be brighter. In a few months however, things began to fall apart. The wasteful presidential planes for extended medical holidays and sundry tourism dealt crushing blows on agendas to make a difference.

The handling of opposition voices has been so shameful, that the world will not be quick to forget. Presidential spokespersons churn out defense of logical blunders that one begins to wonder how spokespersons can be so misinformed. Violence has continued to fester with increasing loss of lives and property, especially the most recent Benue massacre. If crocodiles can smile in the Niger Delta and pythons dance in Abia state, why can’t the lion roar before the herdsmen?

In view of the general elections, I hold strongly that incompetent heads of states should, for the sake of history, do what Nelson Mandela did, even though South Africa was not like this when Madiba stepped down. Political parties stand better chance of winning by presenting intelligent and credible candidates. A presidential debate is also imperative at this point, not because good orators make good leaders, but because we need to know what an individual has to offer and how he intends to offer it and not some party ideology beautifully penned to entice, or some shoki dance to make us laugh.

Tags:Edited by Chukwunwike EnekwechiSitting ovation
previous article
Nigerian sports and general entertainment on a borrowed foundation – a leaking investment
next article
Better to create our own society than keep reacting to the horrible effects of this colonial-inherited structure