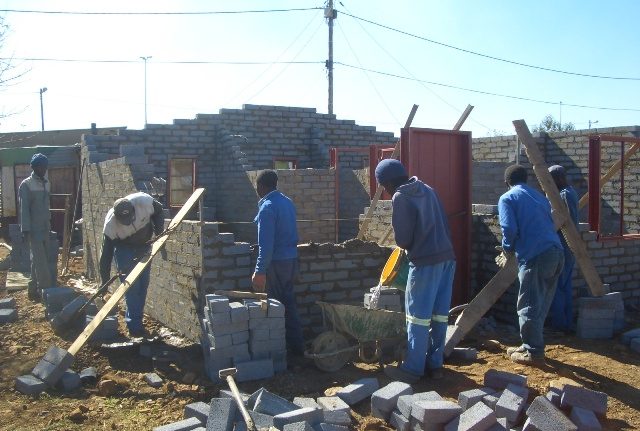 During his visit to King Crassus’ palace, Severus complained about most of the architectural and decoration faults in the palace. The 33year-old Severus still lived in his parents’ small and old house, since he could not build his own house. Yet, he was quick to see and react to faults in everything, even in his parents’ old house. The other villagers obliged Severus to build and decorate his own house, instead of perpetually faulting other people’s houses. For us Nigerians, it may be better to create our own society than to keep reacting to the horrific effects of the inherited colonial structure.

Presently, it seems that Nigerians settle for reacting online, offline and news-media whenever a new horror replaces a trending scandal. Politicians, on-air-personalities and celebrities choose platforms for reacting by condemning, abusing, charging, warning or mandating perpetrators of latest horrors. No sooner had they vigorously reacted with hot-air than they return to the usual business of observing and surviving. The Nigerian entity seem too complex and difficult for anybody to do more than briefly reacting before continuing searching for food.

The difference between human beings and other animals is seen in the advanced degree of human creativity and collaboration within the environment. While animals react instinctively to environmental circumstances, humans plan and create the circumstance they desire. Humans agree and work together to create guidelines for interacting with one another for peace. They agree and work together to construct and manufacture the different structures and amenities they need in their society. This ability to collaborate and create the type of society they want has been the driving force behind development and civilization.

Regrettably, Nigeria and many other African countries seem unable to create the society they desire, different from the imposed colonial-model. Many Nigerians are honestly interested and devoted to reorganizing Nigeria, but they are often discouraged by several factors. These factors include incomprehension of the problem’s root cause and remedy, lack of funds, experience and connections, threats to life and government’s recklessness. Thus, it appears impossible for Nigerians to practically reorganize their society, instead of just reacting ‘upandan’ and being pessimistic. Even those who react to the socio-political horrors in Nigeria are often arrested in gestapo styles, thereby intimidating the populace. Hence, some analysts insist that Nigeria will never get better, given the structure on ground.

Despite the discouraging social reality, it is still possible and better to create our own society than to keep reacting. The main Nigerian problem is the lack of negotiation and agreement between the different ethnic communities and groups to become a country. This lack of agreement in the forced union has resulted in different crises, struggles, deaths, nepotism, tribalism and underdevelopment. Since it is better to create our own society in Nigeria, the citizens must re-create themselves first. The process of re-creating ourselves in Nigeria, before creating a better Nigeria, includes:

This process may take some years to achieve for creating the desired effects. Yet, consistence with it guarantees a shift from passive reactions and commentaries, to the actual creation of our society. This process is better to create our own society starting from the individuals before negotiation in families, towns, cities, states and regions within the country.

Tags:Better to create our own society
previous article
Sitting ovation
next article
Fulfilling your mission in Nigeria before running away