Has the West become the Demon of the world? 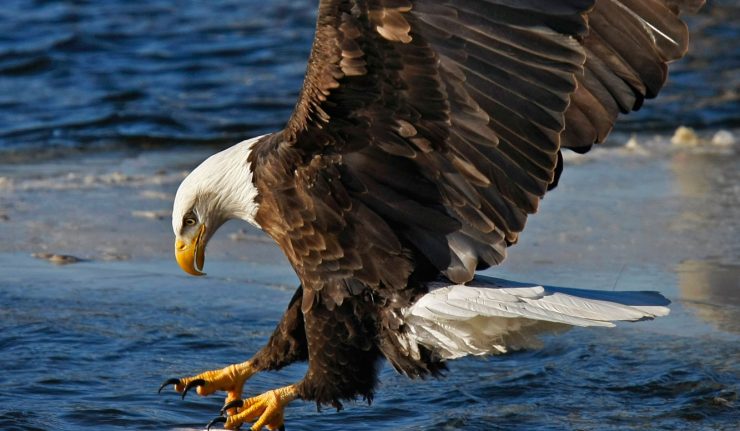 A monk gave two brothers, Tom (15years) and Jerry (3years), one bag each, containing different denominations of old money notes. Tom washes some of his own money, applies starch and presses them with hot iron to become neat and crispy. Tom offers to help Jerry by exchanging Jerry’s old 500naira notes with his renewed 5naira notes. Little Jerry gets excited to obtain and spend clean notes without understanding the value of his dirty and old notes. Though Tom expected Jerry to mature and resist the manipulation, Tom got used to it and fears its end. So he fights people who try to explain the problem to little Jerry, or to teach him how to renovate his currency. The relationship between the West and developing nations begs the question “has the West become the angel or the demon of the world”.

Geographically, the West is American continent, located at the western side of the world map. Politically, West is used for referring to the United States of America, and somehow to her European allies. This political alliance has been a force of global development and leadership in the recent years. The West has entrenched the notion of freedom as a determinant of human civilization since the last two centuries. Yet, its moral, economic and political leadership of the world has not been easy in advancing human self-actualization – happiness.

Lord Varys: I want peace, prosperity, a land where the powerful does not prey on the powerless.

Tyrion Lannista: The powerful has always preyed on the powerless, that’s how they become powerful in the first place.

Lord Varys: Perhaps we‘ve grown so used to horror, we assume there’s no other way.[2]

Living things – plants, lower animals and humans – possess instincts of self-preservation, which makes them struggle to survive in different circumstances. They struggle and even fight with other living and non-living beings to obtain and secure resources they require for survival.

The difference between animal and human reaction to survival instinct is that while animals resort to fight, humans can apply reason and dialogue. The ability to resolve conflicts through dialogue and agreement depends on the level of enlightenment between the people. This humane enlightenment is often called morality, without which human relations are reduced to series of counter force and suppression over initial force and suppression. The extent of human enlightenment about human nature, interconnectivity and role in the universe determines their level of collaboration for elevating humanity.

Enlightenment is an advanced state of discovery about the nature, structure and forces of beings in reality for self-actualization. It begins with man’s knowledge of himself, and advances to the knowledge and management of other phenomena. Socratic dictum implies “man know thyself”, not only as an individual, but as a part of humanity and the universe. Self-study becomes important because many humans study every other entity except themselves, their emotional, spiritual, mental and physical tendencies, possibilities and roles in the universe. Enlightenment liberates humans from ignorance, prejudice or superstition, leading to personal peace, harmony and accomplishment.

Enlightenment is opposed to ignorance of the link, beauty, limits and power in all of humanity. This ontological ignorance of humanity is often manifested in a delusion about who we are as individuals or groups, for any purpose, privilege or achievement. This is the delusion of being higher humans than others, which leads to extreme struggle for positions and resources as justification of superiority.[3] Even in depressing situations, we seek consolation or pride from knowing that there are people who are lower than we are, or creating them when it is not obvious. For the unenlightened, survival instinct implies the survival of their lives and delusions. 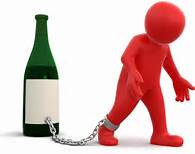 The West as Vanguard of Enlightenment

Presently, the drive of enlightenment is ostensibly championed by the West, as seen in the Declaration of Human Rights, focus of freedom and equality in United States Declaration of independence. Following the drive for equality, many humanitarian inventions, breakthroughs and interventions in the past century are credited to the West. The abolition of slave-trade and replacement of lethal gladiators with skillful footballers and sportsmen show enlightenment about the sanctity of human life. The West has demonstrated so much commitment to the elevation of human status through research and other noble missions. Reporting his encounter with students from a Western citadel of knowledge, Lee Kwan Yew noted:

“Harvard was determinedly liberal. No scholar was prepared to say or admit that there were any inherent differences between races or cultures or religions. They held that human beings were equal and a society only needed correct economic policies and institution of government to succeed.”[4]

Challenges in Western leadership of enlightenment

Despite the drive for enlightenment and freedom, it appears that the West is having difficulty in sustaining global moral authority. Their easy recourse to military force instead of enlightened dialogue in international relations is highly pronounced. Many humanitarian crisis, wars, bloody regime-changes, terrorism, cruel exploitation, false alarms and biased reports around the world are blamed on the West. Lee Kwan Yew observed that “the Americans have been buying and selling so many leaders in Vietnam and elsewhere that they believed they could buy and sell leaders everywhere.”[5] Recently, Western aid agencies and government supports are allegedly used to gather information and to publicize charity cases for Western intervention and access for covert exploitation. Richard Dowden points to Western media complicity as he narrates:

“The aid workers tell the journalists where the disaster is breaking. The aid agencies provide plane tickets, a place to stay, vehicles, a driver, maybe a translator – AND A STORY. In return the journalists give the aid agencies publicity, describing how they are saving Africans (and other targeted people) and using images of distress and helplessness.”[6] 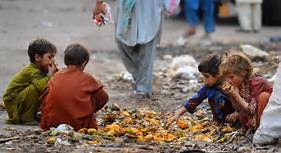 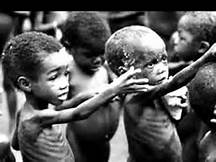 Unlike during colonialism, the West no more openly invade or exploit people’s territories without having justifications – real or fabricated. The stages of exploitation often includes discovery/creation of crisis, intervention (military or economic experts), political manoeuvre through favourite tyrants and installation of multinationals. They use ignorant, greedy or violent elements in a society to elicit violence, create crises and/or exploit the society until the people learn. Few disgruntled and sellable members of a society are enough to be armed/sponsored for creating desired crisis or disrupting target nations. 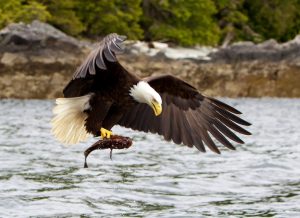 The West is not the Demon

Despite its covert and overt contribution to human misery through global exploitation, the West is not the demon. They are not pleased by the continuous humanitarian crisis, tears and blood following their invasions, politics and exploitation. But, since they are unsure of the best solution, they retain their exploits until a better solution emerges. “Many American leaders believed that racial, religious and linguistic hatreds, rivalries, hostilities and feuds down the millennia could be solved if sufficient resources were expended on them.”[7] Hence, they launch to acquire and control more of the world’s resources, through foreign monetary policies[8] and military interventions.

However, it was not true that all it needed to fix a problem was to bring resources to bear on it.[9]

Presently, there are many Western scholarships and sponsored programs in underdeveloped world, especially Africa, which are flaunted as liberation for Africa. These programs enable the brightest students in developing nations emigrate to study, work and earn money in the West or as West-allied entrepreneurs in their home countries. Unfortunately, they may never liberate Africa unless they understand and assist in harmonizing the differences between the arbitrarily yoked African cultures. “Africa’s nation states were formed by foreigners, lines drawn by Europeans on maps of places they had often never been to. They carved out territories, cut up kingdoms and societies of which they had little idea… they (African countries) lack a common conception of nationhood.”[10] Hence, many citizens of different African countries consider themselves as political captives in colonially-made prisons – countries.

“NGOs, World Bank, United Nations have little interest in understanding African difference, how it works. But aid agencies, western celebrities, rock stars and politicians cannot save Africa. Only Africans can develop Africa. Outsiders can help but only if they understand it, work with it.”[11]

The West can renew its role of global leadership by encouraging objective intercultural researches towards harmonizing Africa’s colonially-disorganized cultures. In this era of human rights and moral leadership, the West understands that killing and grabbing resources are different from leading and enlightening. Moral leadership is not collaborating with favourite tyrants for world’s resources at the agonising detriment of their political captives – citizens. Leading is about giving meaning to life, enabling human capacity for discovering and fulfilling creative purposes in the universe. The West must begin to lead with human responsibility, otherwise they will drown in the tide of freedom instead of sailing on it. “For in nature, any specie that is overhunting and overexploiting, natural selection will sooner or later take the predator out.”[12]

Finally, the distinction between demons and angels in today’s humanity lies between the quest to increase profit/acquisition as justification of higher humanity and the quest to increase human satisfaction and fulfilment as an expression of common humanity. Without enlightenment and moral leadership, humans will be consumed by their own base tendencies of fear and greed. Humans have inflicted beastly harm on humanity in the medieval ages when humans had not risen to the present level of enlightenment. However, in this era of technology and capitalism, even beasts will be incapable of causing themselves the degree of damage humanity[13] will cause itself. The human link is that we are all humans, the beauty is that we have consciences/rationality, the limit is that we don’t know all and the power is that we can develop a lot when we collaborate.

“In nature, any specie that is overhunting and overexploiting,

natural selection will sooner or later take the predator out.” 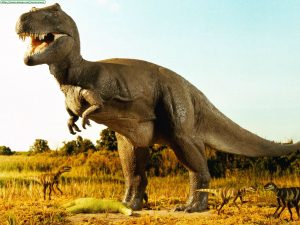 [3] The battle for superiority can be moral, social, intellectual, physical and otherwise.

[13] Humans have created beasts in form of humans, many of who are technological and tactical gurus