Society and culture before foreign religions and ideologies: grace builds on nature 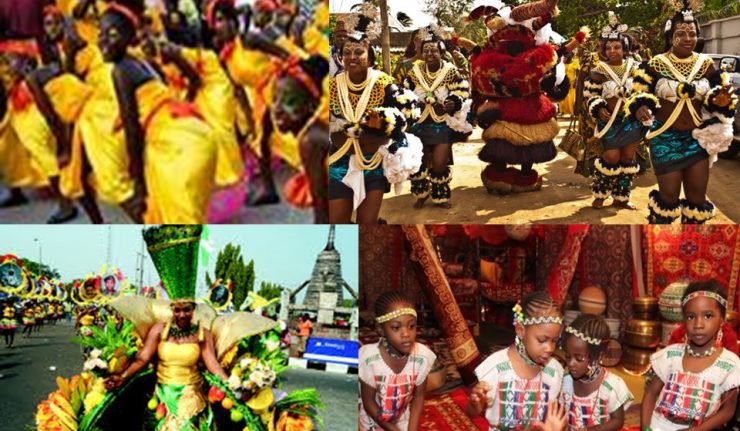 Archaeologists verify history by excavating and examining relics (human remains) for genetic patterns that confirm origins and lifestyles of different peoples. Using modern equipment, it is possible to trace the origin (race) of bones from a human skeleton.[1] Though we are all humans, we are demarcated in different groups, where we naturally belong. From these natural groups, we obtain our identity and culture, before we engage other people and institutions. Family, culture, race and society of origin are parts of our undeniable facticity and foundations for launching into, and relating with the world.

There has been some confusion among people who seek higher reputation by aligning with ‘superior’ cultures and institutions. Their alignment with other cultures and institutions often come in partial or total denial and contempt of their origins – facticity. Recently, some Africans manifest the zeal to adopt other identities (religious, social or institutional) that appear nobler than their original society. Some African Christians support alienating religious dictates over existential concerns of their cultures, not because they are objectively right, but because they come from ‘religious’ people. Some African Muslims fight and destroy properties in their locality, as support for religious occurrences in the Middle East.

Culture is a people’s way of life. It is characterized by how a particular people see themselves and others, and how they interact with environment for sustenance.[2] Through enlightenment, some cultures have developed better methods and technical tools for solving human problems than other cultures. These cultures appear superior to others because of their ability to develop better methods for social and environmental adaptation. Hence, some people from supposedly “inferior” cultures align with the more progressive cultures as justification of their higher civility.

Unfortunately, there are no superior or inferior cultures; they are all unique cultures because “all men are created equal;”[3] and all men continue to pursue happiness, despite their social and environmental challenges. What one culture lacks, another provides: intellectually, physically, psychologically or otherwise; and human race continues to survive because of unique contributions from the diversity of cultures in the world. Yet, each culture continues to grow in their unique circumstance, to provide the highest possible environment for their people’s progress.

African cultures were seriously disorganized by the invasion of colonial masters, who yoked different African communities and kingdoms in artificial political territories – countries.[4] Using military and foreign-baked constitution, the colonial masters placed those artificial countries under democratic forms of the colonial indirect-rule. In Nigeria, the democratic form of the colonial indirect rule is the British-made Nigerian government that continues to supply cheap mineral resources to colonialists. Because of their industrial edge and missionaries’ charity, Africans copied foreign cultures and religions, leaving out industry. Hence, an African professor would brag for being more European, American, Asian, Christian or Muslim than other Africans.

Progressive societies are developed from the agreement[5] of the members to collaborate in using their resources[6] for producing what they need.[7] Great people are those who work to ensure freedom in that agreement for a progressive collaboration in the society. The society belongs primarily to the people who constitute it, and is managed by the institutions they choose. Religion and secular education (philosophy) are adoptable ways of life that do not replace legitimate social structures and institutions. Instead, they assist the social structure in forming the highest possible environment for the progress of the society. Hence, the relevance of any religion or philosophy is measured by their effect on the people and society as a whole.

You are not entitled to citizen’s benefit in Rome because you are a catholic, but because you are a citizen. You do not gain automatic Saudi-Arabian residence because you are born Muslim, but because you belong to their culture as a citizen. Africans who neglect the opportunities to create progressive structures in their places of origin, in pursuit of foreign alignment[8] are cultureless beings. A cultureless human being is a floating being, a loafer without existential anchor or bearing.  Our different cultures are our facticity, and the foundation upon which we develop our potentials for the world. You are firstly human, a member of a particular social culture before being Muslim, Christian, Catholic, Pentecostal or professional. Grace builds on nature.

You do not grow your culture by indiscriminate imitation of others, but by practically engaging your cultural institutions towards enlightenment and productivity.

Tags:society and culture
previous article
Waiting For Foreign Direct Investments To Develop Nigeria: A Terrible Calculation
next article
The politics of terrorism: gradation of ignorance between instigator and perpetrator