The politics of terrorism: gradation of ignorance between instigator and perpetrator 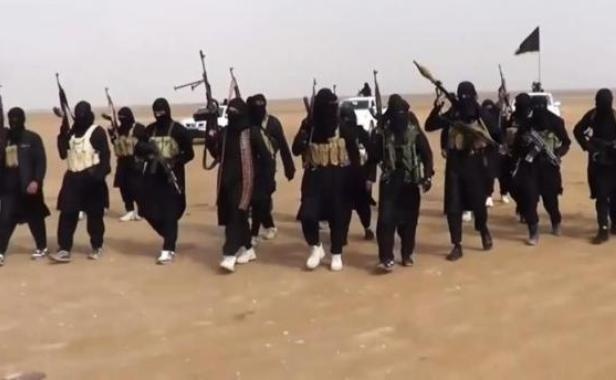 Pete Edochie died leaving a vast plantation for his sons, Tony Umez and Saint Obi. Their uncle, Chinwetalu Agu, wanted to control and be benefitting from the plantation, so he began sowing distrust among the brothers by secretly supplying each of them provocative information and weapons against each other. As the fighting brothers are distracted from managing their plantation, their uncle, Chinwetalu Agu, feigns peacemaker while exploiting their plantation. The politics of terrorism is often controlled by third parties who gain from both sides of the fight, or at least join the winner in sharing booty.

After being arrested for attacking his country with biological weapons, Jonas Hodges highlights a dimension of several motives and methods in the politics of terrorism.[1]

Jack Bauer:         Why did you attack your country with a biological weapon?

Jonas Hodges:   “the plan was to launch simultaneous attacks early next year, multiple cities, so the public will finally see that government cannot protect them, they demand drastic measures, and WE STEP IN.”

Jonas Hodges:   “Simple! Offload the blame, we gonna supply to the enemies who wanna destroy this country: Mohammed this, Ahmed that from sleeper cells and parties you don’t even know they exist.”

Terrorism is “violence or the threat of violence, especially bombing, kidnapping, and assassination, carried out for political purposes.”[2] It is the use of violence and threats to intimidate or coerce, especially for political purposes.[3] Apart from seeking vengeance or protesting injustice, terrorist activities are often instigated and controlled by people who wish to benefit from the chaos it creates. Politics of terrorism is therefore a systematic manipulation of people to fight one another in order to create opportunities for some gains. Factors influencing politics of terrorism and its manipulation include:

Moral ignorance, different from intellectual ignorance of scientific facts and methods, contributes to the sustenance of politics of terrorism. While the political instigators seek happiness in accumulating wealth and power at human expense, the perpetrators seek happiness in the fulfilment of twisted religious doctrine or social philosophy. In many countries, instigators of terrorism seek to distract the people or their government from undertaking policies that may reduce the instigators’ gain or access.

“Permanent UN members have been shipping weapons to Terrorist’s cells, for at least three years. Those so-called “moderates”. They use diplomatic planes to carry weapons to war zones.”[5]

Politics of terrorism requires moral and factual ignorance, especially of the perpetrator, to grow. Thus, peaceful societies take certain measures to protect their citizens from manipulations.

However, in places where it has began already, the society could take some steps to manage its effect and spread:

There may not be an easy cure for moral ignorance, which leads to politics of terrorism as we do not know everything. Yet, governments and societies will continue to make SINCERE EFFORTS to achieve social justice as a good guarantee for security in human society.

Enlightenment becomes most important in terror-prone areas, especially in Nigeria and other African nations. Young, naive, morally and intellectually ignorant boys and girls are being instigated to blow themselves up in the name of religion or social ideas. Others are allegedly convinced of 72 heavenly virgins to be inherited for dying in a holy war of indiscriminately bombing innocent people. Yet, a sincere government will arise to enlighten, organize, empower and gainfully engage Nigerians in collaboration for productivity.

Note: The introductory story was only used for illustration, it never happened.

Tags:politics of terrorism
previous article
Society and culture before foreign religions and ideologies: grace builds on nature
next article
Monetization of Nigerian politics: must the Nigerian messiah require large money to win elections?