Nigeria and the Paradox of Lies 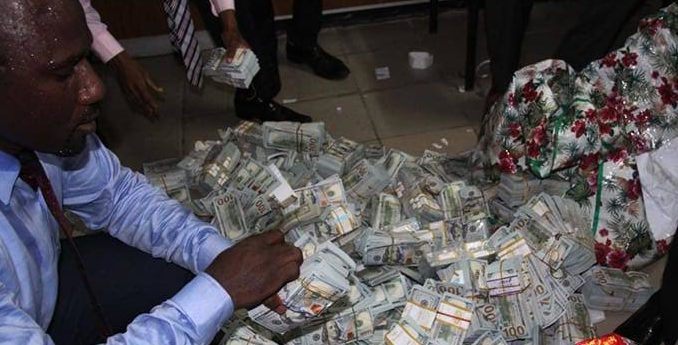 Nigeria and the Paradox of Lies

It was Fl. Poulhan who in his poem “The Lie of the World” wrote,

“In the love for order is always present a
moment of the lie. The lie — is an unique kind
of systemisation, which regulates disharmony.”

“The lie is rooted in existence itself such that it
presupposes discord utilised to the profit
of systemisation”.

I weep for my dearly beloved country, but there is no regret being a citizen of this great Country of ours. Our greatness and our strengths cannot be quantified in any way imaginable by man, living or dead.

It is very pathetic and seemingly unimaginable that we have allowed ourselves to be taken for a fruitless ride and for a very long time too. When I go through our beautifully composed National Anthem, I feel I should stop reciting it. The first stanza says: “Arise O Compatriots Nigeria’s call obey, to serve our Fatherland with love and strength and Faith. The Labour of Our heroes past shall never be in vain.” I bet you our founding fathers, like the likes of Zik, Awolowo, Tafawa Balewa, Ahmadu Bello et al. would be reeling in pain and anger in their graves. I bet you they may be cursing the day they took the bold step to lead the match for independence.

It is almost unthinkable that after almost 58(fifty eight) long years of independent Nigeria is yet to grow into maturity after reaching menopause. It is a sad thing to think about that we have repeatedly failed to rescue ourselves from that which holds us to the ground. Both our individual and collective efforts (if at all there has been any) are more like day dreaming. We have no other person to blame but ourselves. We started on a wrong foot and are bound to continue on that wrong foot until we learn not just to call a spade a spade, but eventually put it where it is supposed to be.

In May 1998, a lot of us were rejoicing that we have left the era of impunity, when General Sani Abacha mysteriously died. When General Abdulsalami Abubakar took over office, he promised to usher in Democracy, a promise that was fulfilled. The build up to that particular election and the subsequent elections, have always been more deadly than the cold war era. Eventually Nigerians supposedly in 2015 kicked out the former ruling party from the central Government in a bid to usher in a more progressive and peoples oriented government. I must categorically state here that it has been a far cry from the expectations of the populace. It has been one excuse or the other, one lie or the other. I was once discussing with a few of my friends who asked me how my country was faring, I told them plainly my beloved Nigeria is now in Auto Pilot. But I guess the auto pilot has finally failed and we are now in free fall acceleration. We are running with the speed of light back into the pre-colonial era.

Since the past three years or so, we have only been hearing one complain or the other. At first it was the rot of the previous government that kept us in this situation. Of course I do agree with them and you my readers will also agree with them. But the funniest thing about this statement is that, majority of those who boldly make this statement were major players in the past government. Isn’t that a funny way to ridicule and implicate one selve? The answer is an open ended one.

I have really been observing with keen interest the various whitewash corruption fights since the past years. I must say I have never been more impressed, at least negatively than ever. It has been more like a charade and a mockery of Nigeria as a Nation, Nigerians as a people as well as our collective intelligence. Where do we begin in counting or enumerating the failure of not just this Government but governance in Nigeria as a whole.

Then, just when we were thinking that we have already heard enough of the lies like, the Fulani Herdsmen going about killing people are hoodlums, the past government was responsible for all our problems and many more of such lies. Then came the blaming of rats for taking over the President’s office. And now? It seems the machinery for lies is no more so effective, and then we now hear the most absurd story ever told in life. I do not know whether to be angry or cry or be abusive. How imaginable is it, that a snake could sneak into a vault to swallow a whooping sum of 36(Thirty Six) million Naira. Even a toddler would tell whoever tells him that that it is a lie but out of respect will not call him or her a liar. Come to think of it, what is the use of Banks if money could easily be kept in the office vaults? Just thinking aloud!

In all these I still do not blame our so called Politicians, because we allowed them to treat us the way they are doing at the moment. Until we learn to wake up from our “dogmatic slumber,” it is bound to be worse than it is at the moment. It is left to us to be the rulers of our own destiny, let us wake up for we have slept for a very long time. All hands should be on deck, it is no longer time for blame game, rather a time for action. Each and everyone of us should take active part in Politics. Let us register in the Parties of our choice and not just follow the crowd. It is the time to make use of our individual and collective powers to put in the right people in the right places, irrespective of religion, tribe, or party affiliations. Let our good men and women come to the rescue of our dear Nation. The Labours of our Heroes past shall never be in vain!

Tags:Paradox of lies
previous article
Monetization of Nigerian politics: must the Nigerian messiah require large money to win elections?
next article
NYSC scheme: rising from being a tool for unemployment and corruption to development and productivity