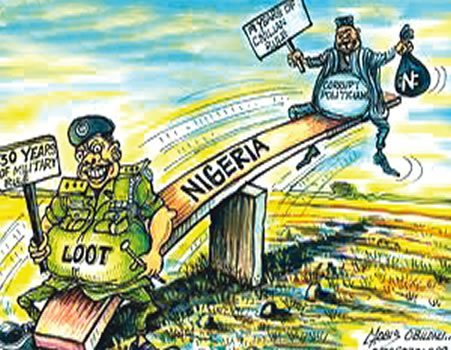 From several religious, academic and social institutions, Nigeria seems saturated with a hedonist influence of pleasure, consumption and acquisition. Propagating hedonism, Epicurus prescribed physical[1] pleasure as the only good[2] – let us eat today for tomorrow we shall die. In Nigeria, the ability to obtain these physical pleasures is determined by the amount of money one has accumulated. It is then believed that the more an individual accumulates money, the better he becomes, and the lesser the money, the worse he becomes. Hence, some governments continue to probe previous administrations with hope of punishing them by reducing their accumulated wealth. 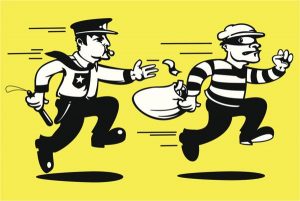 Legitimate governments are formed by the agreement of the people to be governed by a body they have chosen. The governing body is organized to coordinate human activities and relations in their environment for peace and progress. The governing body facilitates adequate education of citizens for specific roles in collaboration, productivity, security and sustenance of the society. Plato opines that social good is fulfilment of one’s role/duty to the society[3], while Aristotle prescribed virtue[4][5] as the highest social good. But when hedonism captures a society, instead of virtue or duty, everything is measured by immediate pleasure and consumerism.

Presently, Nigeria seems addicted to immediate pleasure and consumption of various imported trends and products, far above local productivity. Hence, the quest for money (foreign exchange) has become paramount in the daily disposition of the country. Many religious, academic, traditional and civil leaders join the foreign exchange frenzy for importing pleasure and consumerism. New regimes swiftly join the foreign exchange frenzy in order to import amenities as part of their campaign promises. They often decide to probe previous administrations to recover loots for obtaining the foreign amenities they promised during campaign.

Hence, it may be good to probe previous administrations, especially those who are suspected to have looted the country’s treasury because:

On the contrary, devoting so much energy to probe previous administrations may not be wise:

Despite the urge to publicly probe previous administrations, progressive Nigerian administrations will redirect the society’s attention to collaboration for productivity.

Seeking pleasure and enjoying the beautiful goods and services of life are not bad, but good for encouraging producers and being healthy to perform one’s roles in the society. Seeking pleasure becomes problematic when the means and extent of seeking pleasure start affecting the seeker and other people negatively. Yet, those whose means of pleasure have affected others are not demons to be killed, but humans to be enlightened. The factual truth is that they looted public funds, but the practical truth is that they need enlightenment and opportunities to pursue happiness through virtue. The opportunity is the chance to collaborate with other people in utilizing local resources for production, sustenance and profit, when a better social standard has been set.

[5] Virtue is the habit of doing good, not because others are watching or reward is coming, but because it is good

Tags:probe previous administrations
previous article
NYSC scheme: rising from being a tool for unemployment and corruption to development and productivity
next article
Harmonized motivation vs hungry desperation for Nigeria’s progress