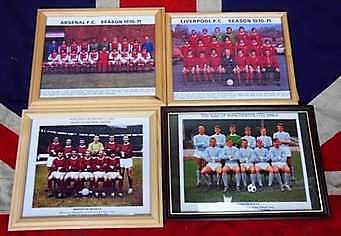 A teacher brought a carton of gift packets, and each packet had a nametag of one of her students. She instructed everybody to take the gift packet with his/her name written on it. For the next 15 minutes, the students were struggling and pushing themselves as each person sought his/her own gift. Eventually the teacher suggested that each person should just pick one packet and hand over to the person whose name was written on it. And in less than a minute, everyone had received their gift packets and was happy. Hungry desperation for survival reduces the chances for great achievements that come from collaboration and harmonized motivation.

An activist ridiculed Nigerian youths for being unable to fill the gap created by the importation ban on Agricultural products. He insisted that the importation ban was supposed to make Nigerians hungry, causing them to think productively. People become creative in a swim or drown situation, and take risks they would not normally take.

Human societies are formed by the agreement of members of the society to collaborate to provide their needs. Presently, these societies are ordered homogeneously or heterogeneously, as countries under sovereign governments, often chosen by the people. These government liaise with the natives on the mode of partnership for managing their space and resources. While some governments organize and direct the production process for the society, others enable private individuals to acquire and manage these processes. In situations of private management of production, individuals compete to acquire and direct the process of production for profit.

It may seem better for individuals to compete for obtaining the opportunity to direct the processes of production:

On the contrary, leaving the management and decision of production processes for profit-minded individuals may not have good effects on the society:

The government’s process of obtaining authority over resources has to be properly evaluated. Was there an informed agreement on the terms and conditions for government’s partial or total authority on resources? Was it an imposed authority, or a legitimate authority to which the people gave their consent after understanding the implications? This is because countries are made up of smaller communities, who are believed to have freely given their consent. Those smaller communities would not have freely given away access to their resources for other people to manage while they are unemployed. There are no communities without resources, except those who have not discovered or valued their own.

Harmonized motivation rises against the lazy unproductivity in government control of production, and the extreme injustice, poverty and inequality of private control. Several sections and communities in a country have diverse resources from which they have been surviving. When each of these sections are enabled to use their resources to produce commodities for sustenance and profit, they will not depend on the government, nor be exploited much by private individuals. The progress-yielding competition among sections in a country, then becomes team competition for productivity over private competition for consumerism. Hence harmonized motivation in society could be seen as the organization of people in different sections of a country to contribute to utilizing their resources for production.

Controlled hunger by strategic withdrawal of some degree of comfort could be good for the purpose of education. However, desperate hunger, which is without hope, breeds negative anxieties and reduces chances for collaborative productivity. It turns people away from the main purpose of forming a society, which is common good. People become too anxious to survive that they forget about common good and the negative effects of desperation in a drowning person.

Tags:harmonized motivation
previous article
Why probe previous administrations? Serving justice or serving excuses
next article
Law as a tool of philosophy: whether good or erroneous philosophy – need for legitimacy and common good