Police reform: role of police in a new Nigeria 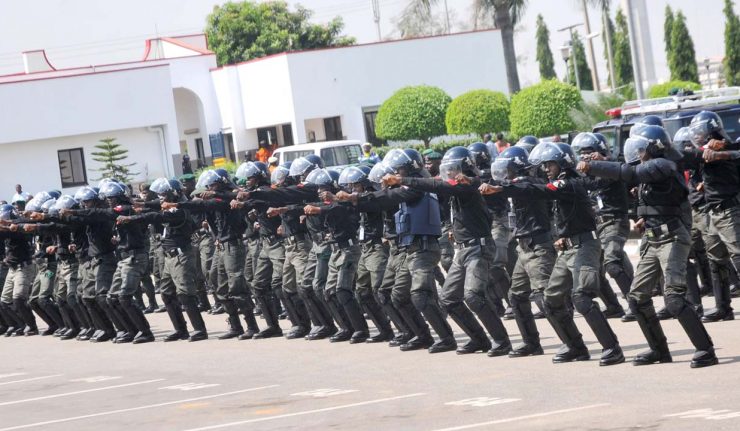 A pharmacist developed several drugs which he believed will cure various diseases that afflicted people in a large city. He opened different branches in all the city’s districts and employed few managers for administering the drugs to patients. Before retiring to the main office, he briefly instructed the managers on the symptoms of different diseases, and corresponding drugs for them. Though, many of the managers lacked former healthcare training, they zealously took over the healthcare duty with their shallow understanding, and continue to record more casualties. Without proper understanding of adequate social structures, police and other law-enforcement agencies do more harm than service to the society.

The feeling among many Nigerians at the sight of Nigerian policemen may be far from pleasant. Their public-opinion accusations range from employing former criminals and unqualified persons/relatives, to being champions of corruption, brutality and injustice. Several encounters with Nigerian police makes it difficult to accept the “police is your friend” mantra. Though some good officers may be striving to redeem the institution’s image, the foundation of the institution still frustrates their efforts. Hence, without understanding the foundation and purpose of police in the society, there may not be a remedy.

Progressive societies are formed by members’ agreement to collaborate in using their resources to produce what they need for sustenance and profit. Plato suggests that a good society has administrators, protectors and producers, who agree to contribute their share for the society. After negotiating and agreeing on modes of collaboration, members of the society write down the agreement as their guiding law. The society hands over their agreement to law-enforcement agents, to ensure smooth organisation of the society. The police are thus guided by the people’s agreement, legitimate laws, to guide the society.

Functions of the police includes:

These functions are very sensitive functions that require highly coordinated persons to avoid social breakdown. Among the qualities required from police personnel include:

These requirements become necessary for the police personnel to sustain order and respect for human rights/dignity in a society according to the people’s agreement – law.

Nigeria is a country of hundreds of nations, kingdoms and communities, colonially yoked together WITHOUT CONSENT under a militarized federal government.[3] Nigerian laws derive from the Nigerian constitution, which was imposed by the same colonialists and militarily sustained by successive governments.[4] The Nigerian police derived its authority from the same imposed constitution[5], which has not implied the consented of the governed. Though some members of the Nigerian police wish to fight for social justice, the institution remains an appendage of a colonial scheme: to contain the natives within the territory, barring them from interfering in the foreign exploitation of their local resources.

The present Nigerian police developed from the Royal Niger Company Constabulary (North) and the Niger Coast Constabulary (South). These colonial police were associated with native authorities for containment until 1960s, when they became regionalised and later nationalised.[6] With nationalization of police, policemen from different tribes or groups can be deployed to any part of the country. They are controlled from the central government in accordance with the colonial intention that brought the Nigerian constitution. Thus, the police follows the prejudice of whoever is in power as directed by the colonially-imposed constitution without understanding the principles behind the laws they enforce.

Some people suggest that police reform in Nigeria must begin with sacking the old and corrupt officers, who cannot learn modern tricks. Yet, they forget the place of experience and the possible effect of disengaging officers without providing other sources of income. It may not be odd to believe that some people joined police because of unemployment, not because of their love for the job. And when given the opportunity to take other lucrative jobs, some policemen will quickly switch over.

Resolving the problem of Nigerian police may not be possible without resolving the problem of the Nigerian agreement and productivity. Nigerian ethnic communities have never agreed on terms and conditions for collaborating in using their resources for producing what they need. Instead the central government auctions the resources to foreigners, while using military and police force to contain the natives. The government ensures ruthlessness by posting officers from different tribes to contain other tribes against different calls for community police. Reordering the role of police in Nigeria may include few processes:

When a society is not ordered for productivity, no amount of policing will soothe a physically strong, but jobless, hopeless and angry people.

[5] Section 194 of the 1978 constitution of the Federal Republic of Nigeria. https://en.wikipedia.org/wiki/Nigeria_Police_Force

Tags:Nigerian police
previous article
Nigerian governance and the decoration of underdevelopment instead of development
next article
Revoking the licence to beg in Nigeria