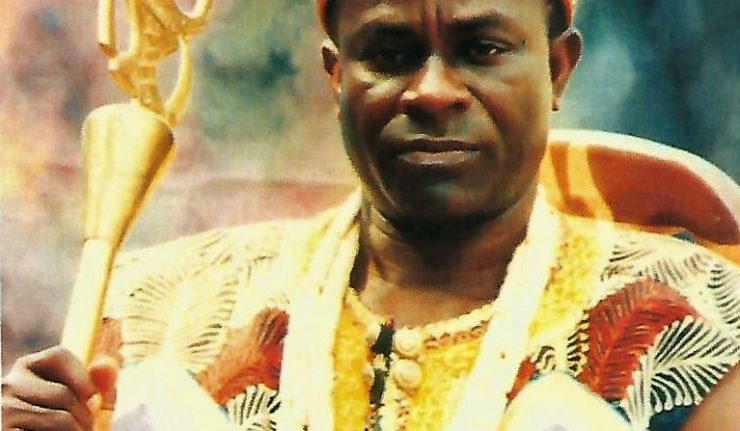 Restartnaija believes that traditional rulers are the true custodians of the people’s customs, traditions and values, and that there may not be any real development in Nigeria without the consent and cooperation of traditional leaders in the organization of a progressive Nigeria. 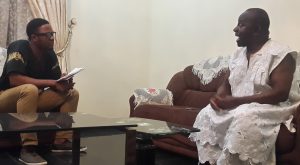 Please tell us about your Kingdom, Nise, and how it was administered before colonial masters

HRM ISE-NISE: Thank you for coming. Nise-Anaiyi is an Igbo kingdom in Awka South Local Government Area of Anambra state. Nise is comprised of four villages: Ara, Ngodo, Isiakpu and Umuazu. We are surrounded by Nibo, Nri, Enugu-Ukwu, Mbaukwu and Agulu towns.

Before the arrival of the colonial masters, the villages were administered by rich community leaders (Ozo-titled men). They were the custodians of the people’s customs and traditions, until colonial masters invaded and began appointing warrant chiefs. Ozo was a group of hard-working and rich community leaders, while warrant-chief was a single arrow person, who was appointed by Europeans to collects taxes and royalties from villagers. Eventually, after independence, the taxation from warrant chiefs ended, and the people had their kings instead of warrant chiefs.

RESTARTNAIJA: Are the pre-colonial traditional institutions still effective in the community? Can they be revived and modernized for development?

HRM ISE-NISE: Yes, many of the pre-colonial administrative bodies for the villages are still effective in developing the community. There are four elements of governance in Nise, whose roles and authorities are interwoven, yet distinguished for the development, unity and security of the community.

RESTARTNAIJA: What is the concept of person (human being) in your ethnic community?

HRM ISE-NISE: Nise people see human beings in general as sacred beings, who are sent into the world by God to develop the world through collaboration and hard-work. Human beings are like doors through which the spirit of development enters to beautify and enlighten the world. This is why we educate and prepare our people to become those doors for the spirit of development, inventions and breakthroughs. Our people consider human life as precious, and human beings as messengers of God with good news for the world.

RESTARTNAIJA: Was your community ever involved in slavery, or the Osu caste system?

HRM ISE-NISE: Nise is an egalitarian community. Our people were never involved in slave-trade or slavery of any form. The Osu caste system, which was practiced in some of the Igbo communities, had been banned in Nise long before Nigeria’s independence. Presently, there is no segregation among the Nise people based on any caste system.

RESTARTNAIJA: How much influence does religion have on your people?

HRM ISE-NISE: Religion is one of the pillars upon which Nise Kingdom stands, since it influences how we interact with nature and other human beings. Because of the need for understanding and peaceful interaction, there has been freedom of religion in Nise from the beginning. Majority of our people were pagans, who consulted the deities of Ngene-Udo (Ngodo), Mpuniyi (Ara), Ngene-Nkwo (Umuazu) and Ebe-Owhu (Isiakpu). They remained pagans until the arrival of Christians, who were given large evil-forests to inhabit and establish. The evil forests were avoided as deadly and demon-infested forests, and the bodies of dead evil people were thrown inside it. Through faith, the Christian missionaries survived and inhabited the evil-forests, where the villagers were too scared to enter. The missionaries’ survival and establishments in evil-forests marvelled Nise people to believe there is a superior God, and many were converted. Now, about ninety-percent of Nise people are Christians, yet nobody is allowed to destroy any shrine or people’s place of worship.

RESTARTNAIJA: What was/is the process of education for relating with people? Family, Indigenes, Foreigners…

HRM ISE-NISE: Nise people are a very peaceful people, who have not engaged in any crisis with neighbouring communities for about 150 years. Though we are strong, we always prefer dialogue as a means of resolving misunderstandings within ourselves or with any of our neighbouring communities. Nise people do not discriminate, instead we collaborate with everyone, especially our neighbours, and teach our children to do the same.

Elders in the inner family were mainly responsible for the children’s education. Elders within a family confer amanwuru title on all the male-children in their extended family between four and six years. The amanwuru title was an informal/social primary school, in which children were taught their people’s history, morality and proper reasoning. They were taught to be respectful, sincere and worthy of trust in dealing with people everywhere. This level of education takes a long time and prepares the children for a higher-level of social education, known as ima-mmonwu.

The higher level of social education, ima-mmonwu, was mixed with mysticism that introduces children to encountering masquerades. In the higher level of social education for male-children between 12 and 16 years, children were taught to be responsible for their community by working hard to contribute to the development of their community. They were taught a high level of moral discipline to avoid scandals and disgrace to the family and community in general. They were taught to defend one another, and to guard the secrets and integrity of their community wherever they go. Some of the teachings on productivity and hard-work were done by assigning joint-tasks and adventures for the children to learn team-collaboration and responsibility.

Then there is also a process of education for the girls known as Akwari for girls within the age of reason. Maidens were taught a high level of moral discipline and modesty to avoid bringing shame to her family. The young girls were trained on proper home-management, loyalty, tolerance and feminine industriousness. Laziness and impatience were discouraged by different systems of shame, while the virtues were commended and rewarded.

This process of socio-cultural education is declining due to the jumbled influence of westernization and modernization. Yet, some of its elements are still taught at home, before formal education, in some parts and families of Nise. The present system of formal education seem to have neglected the dimensions of moral and cultural values for a better society upon which our societies are built. Hence, there is an urgently growing need for a harmonious education that binds these young ones to their cultural values, histories, kinsmen and communities.

RESTARTNAIJA: What was the economic activity of Nise people before European invasion?

HRM ISE-NISE: Nise people are successful farmers, who cultivate yam, cocoyam, plantain, cassava, palm fruits, raffia and other foods and fruits. We processed many of our agricultural produce to get palm-oil for cooking, palm-trunk for planks, the palm-nut sheath for herbal soap (ncha-nkota), oil-residue (oku-obala) for local lantern, kernel-oil for cosmetics and medicine, kernel shells for road-construction, kernel chaffs for local doormats and local fuel for cooking, palm-wine and raffia-wine both for local and commercial use. Apart from land derivatives, many of our people had and still have large herds of livestock, Igbo-cattle, sheep, goats and fowls. Presently, we have sufficient farmland to cultivate what need for sustenance and medium-scale commerce.

Apart from these environmental resources, Nise is blessed with abundant Human resources with high level of intelligence, dedication, hard-work and business acumen. We have been successful panya (Spanish) importers and traders for as far back as 1922, specialized in importing contraband goods.

RESTARTNAIJA: How do Nise people encourage productivity and celebration of life?

HRM ISE-NISE: Nise people have different annual festivals for celebrating life, season, hard-work and productivity. They include ede-aro, onwa-asato, onwa-oye, agwu, ifejioku and the newly incorporated Christmas, Easter and New Year. We use these festivals to showcase our cultural dances, productivity, generosity, beautiful maidens for marriage and accommodating values for neighbours. Masquerades from neighbouring towns and villages are invited to perform their crafts and dances in these festivals.

These festivals allowed young men to showcase their collaborative productivity, as it was done in the past, but with the influence of postcolonial individualism, these practices are gradually losing effect on the people. The energies that should have concentrated on communal development are made to flee the community in a haste of survival. Some of the youth now lack the value of hard-work and have taken city values of quick money and immorality, which is landing many of them in jail and trouble. Yet, we are working on programs to revive the values of hard-work and productivity among our youth.

RESTARTNAIJA: Do you believe your people would have developed properly without the take-over by the colonial government?

HRM ISE-NISE: Of course, our people are intelligent and hard-working, and have been flourishing even before the invasion of Europeans. If we had continued developing our agriculture, industry and trade, and learning new methods, without the disorderly colonial distractions, we would still have developed, even better. Despite that, we needed more industrial education to improve our methods and equipment for production.

RESTARTNAIJA: Can you collaborate with your people abroad for modern commercial farming with people at home?

HRM ISE-NISE: Yes we can, if we have well-funded cooperatives of young, intelligent and devoted Nise farmers. However, due to the social organization of Nigeria at the moment, it has become difficult to access modern equipment for such farming. The equipment for such type of farming are all imported and strategically handled at very costly prices. Presently, Anambra state government is focused on equipping communities with very large expanse of arable lands that guarantee immediate recovery of that scale of investment. These are places like like Nzam, Omor and Anaku. 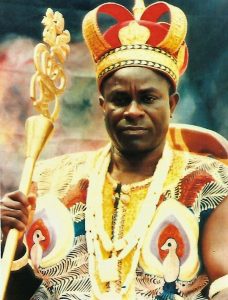 RESTARTNAIJA: Are Nise people happy with the style of representation they have had in Nigeria since independence?

HRM ISE-NISE: As Nigerians, we are not happy because of the marginalization for which there has been several agitations. However, as Nise people, we have always been a happy people, growing from strength to strength in recognition of God’s gift of life and hope.

RESTARTNAIJA: Do you have any suggestions for better collaboration between ethnic leaders and civil government?

RESTARTNAIJA: We are very grateful for Your Majesty’s time, reception and disposition.

HRM ISE-NISE: You are welcome, may God bless you and prosper this endeavour for a better Nigeria.


previous article
How do effective leaders use physical strength and force in administration?
next article
Abandoning mineral resources for information marketing in the internet age