Are Nigerians ready for change? 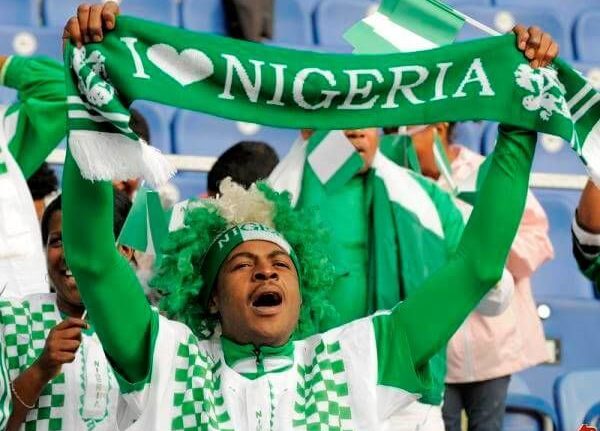 Robert Greene advices power-seekers to extensively preach change, but practically avoid changing things because people don’t like to change.[1] Theon Greyjoy refused to be rescued from kidnap-captivity after he got used to living under Ramsey Bolton’s captivity and torture. Stockholm syndrome is an emotional disorder in which captives develop love and respect for their captors instead of hatred. Some captives eventually convince themselves that captivity is the real world, and would protest external attempts to free them from captivity. The type of deference some Nigerians show to foreigners, even current exploiters, forces observers to ask whether Nigerians are ready for change.

After the Obama’s change mantra, several public office aspirants evoke the emotional mantra to get power. Presently, many Nigerians are calling for different kinds of change: change from old generation to new generation of leaders; change, as restructuring from unitary system to any other system of government; change from old ways to new ways of patriotism, religiosity, honesty, diligence and other beautiful ideals. However, there is not much insight about the meaning and type of change Nigeria needs in order to obtain progress. There is thus, a need to understand Nigeria’s facticity and potentiality to determine whether they are ready for change.

Colonialists formed Nigeria by brutally yoking hundreds of independent and progressive ethnic groups and kingdoms without their consent under a highly-militarized government.[4] Nigeria has experienced a civil war and continues to experience ethno-religious cum social clashes and crises. “These wars diminished in number after the turn of the millennium, but their chief cause – the lack of common nationhood – remains. Africa’s nation states were formed by foreigners, lines drawn by Europeans on maps of places they had often never been to. They carved out territories, cut up kingdoms and societies of which they had little idea… They [Nigerians] lack a common conception of nationhood.“[5] Hence, Nigerian peoples have not been able to distinguish themselves in order to collaborate in utilizing their resources for producing what they need.

Presently, the Nigerian facticity can be classified in three sets: social, intellectual and physical

“Nigerians have never agreed – or been given the chance to agree – what Nigeria is.”[7]

Despite the hopelessness presented by these facticity, NIGERIA HAS GREAT POTENTIALITY:

“Africa is given a reputation: poverty, disease, war. But when outsiders do go there they are often surprised by Africa’s welcome, entranced rather than frightened. Visitors are welcomed and cared for in Africa. If you go you will find most Africans friendly, gentle and infinitely polite. You will frequently be humbled by African generosity. Africans have in abundance what we call social skills. These are not skills that are formally taught or learned. There is no click-on have-a-nice-day smile in Africa. Africans meet, greet and talk, look you in the eye and empathize, hold hands and embrace, share and accept from others without twitchy self-consciousness. All these things are as natural as music in Africa. – Westerners arriving in Africa for the first time are always struck by its beauty and size -even the sky seems higher. And they often find themselves suddenly cracked open. They lose inhibitions, feel more alive, more themselves, and they begin to understand why, until then, they have only half lived. In Africa the essentials of existence light, earth, water, food, birth, family, love, sickness, death – are more immediate, more intense. Visitors suddenly realize what life is for…” Humanity, that is the prize Africa offers the rest of the world.[12]

Desired change in Nigeria is not the purchase of the best amenities produced by other countries, but the actualization of Nigerian potentials.

Nigerians have always been ready for change

Despite series of political disappointments from different regimes, Nigerians are still hopeful and ready for change. In Nigeria, “even in the worst of times you do not hear the tones of doom and despair that characterize some western media reports.”[15] Nigeria always has hope, and Nigerians have always been ready for change. They only need the emergence of a sincere and competent set of leaders to bring out the core values in Nigerians for a good Nigeria.[16]

In summary, Nigerians are physically and emotionally ready for change, but may not be intellectually ready for a change. Nigerians have not achieved an intellectual consensus about the cause of the problems or for collaborating towards the change they desire. Thus, they continuously blame politicians, civil servants, themselves and every other person they can without considering the foundational structure of Nigeria. A good leader will arise to redirect Nigerians’ attentions to the root cause of our socio-political problems, which is an absence of intellectual agreement to collaborate.

When Nigerians are convinced of the sincerity and intellectual competence of a leader, Nigerians will demonstrate that they have always been emotionally and physically ready for change.

Ready for change from conflicts and discord to collaborative productivity.

Ready for change from economic dependence to sufficiency and sustainability.

[2] Cf. Martin Heidegger, in Glossary of terms in being and time by Roderick Munday, http://www.visual-memory.co.uk/b_resources/b_and_t_glossary.html#c March, 2009. Retrieved 18th March, 2018.

The featured image was copied from https://www.pinterest.com/asknaijcom/politics-in-nigeria/