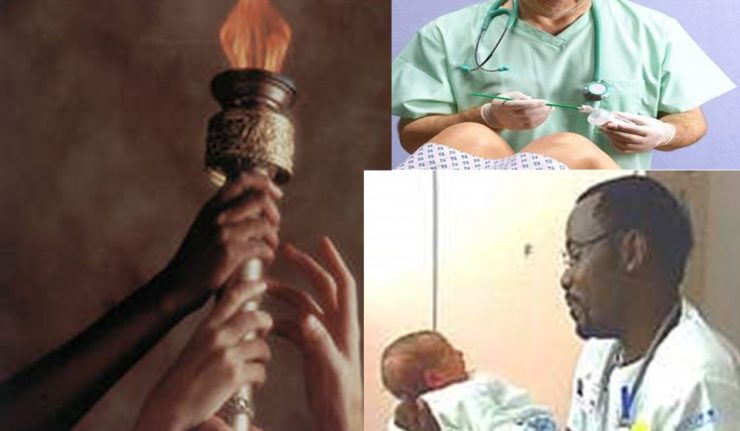 Midwives have played vital roles in human history by helping women deliver their babies into the world. From pregnancy till after the delivery, midwives facilitate the wellbeing of mothers and their babies. Like pregnant mothers, every human being comes into the world with specific gifts, talents or messages for the world. Hence, humans require midwives at different stages of their lives to bring out the goodness in them for the society. Likewise, every society requires a midwife leader to bring out the best productive and social qualities of their citizens.

In the Game of Thrones, the High Sparrow exhorts King Tommen saying: “there is so much good in all of us, the best thing we can do is to help each other bring it out”

Societies’ growth, peace and development spring from the values that guide the people in their interaction with one another and the environment. The main social values for social growth can be categorized or summarized under three values: sincerity, modest and generosity.

SINCERITY: Sincerity is the quality of being honest, true and real.[1] It includes the absence of pretence, deceit, or hypocrisy.[2] Sincerity can be divided into two aspects – passive and active sincerity.

Modesty: modesty in this article implies the search and application of moderate means in interacting with humans and environment. It represents self-control for managing one’s impulses, emotions, appetites, addictions and inclinations for balance in the society. Modesty enables people to seek amicable means of resolving conflicts, instead of fighting. It helps people to exercise restraint in personal or socially disruptive attractions.

Generosity: this is the willingness to give out something for the good of other people. The act of giving in generosity is not limited to material gifts. It extends to services, time, inspiration, direction, encouragement and caring. In order to sustain generosity, individuals develop and provide their talents for the society in exchange for sustaining resources. Contrary to greed, generosity enables citizens contribute freely and wholeheartedly to the sustenance of their society.

Before the colonial invasion, these social values had formed moral foundations for African cultures in different degrees. Members of Nigerian ethnic communities were trained to be sincere, modest and generous to their communities and foreigners. Unfortunately, these different communities and kingdoms were brutally forced into a haphazard and unconsented amalgamation under colonial governments that will eventually be contested by different natives according to colonialist laws. The forceful amalgamation pitched the communities against one another in continuous conflicts over positions and central ownership of resources. This is the conflict that brings out the worst in all of them. Presently, the social values of sincerity, modesty and generosity in African communities are gradually replaced with corruption, violence and greed.

Despite the current prevalence of corruption, violence and greed, Nigerians still retain the consciousness of their original cultures and values. However, since there is no agreement between the communities and kingdoms on how to harmonize their different values in a productive national partnership, they retain the survivalist mentality for fear of deprivation. Hence, Nigerians adopt extreme greed and corruption out of fear of losing out life’s necessities. These are basic amenities that could have been guaranteed if there were a true agreement.

Nigerians are made to believe that the most important thing in Nigeria is crude oil. This is because of oil’s high demand by industrialized nations. Hence, different regions and individuals focus on acquiring crude-oil ownership without seeking their respective human and mineral resources. On the contrary, every section and ethnic community have both human and mineral resources to be developed for further productivity. Albert Einstein insists that all men are genius; but if you would judge a fish by its ability to climb tree, it will live its whole life believing it is stupid.

Nigeria needs a midwife leader for the different sections to discover and deliver values of their human and mineral resources. A Chinese poem emphasizes the need for bringing out the good in people for a better society.

“Go to the people. Learn from them, love them. Start with what they know. Build on what they have. But of the best leaders, when their task is accomplished, their work is done. The people will remark: we have done it ourselves.”

Tags:Midwife leader
previous article
Are Nigerians ready for change?
next article
Can someone without political-office-experience rescue Nigeria?