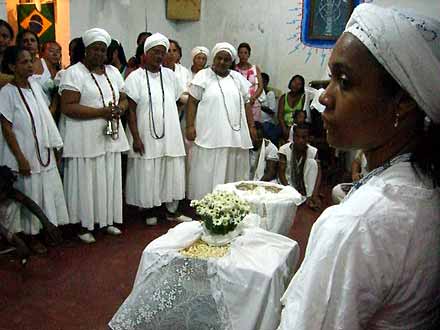 Culture is a people’s way of life, which includes clothing, working, feeding, celebrating, learning, arts, language, beliefs, human interaction and governance. Nature is very crude that human beings devise means of managing nature for their own good. One of the first elements to manage is fellow human beings to live in peace, collaboration and harmony; after that comes the management of other physical elements from which man derives food, health, creativity and happiness. After that comes the management of supernatural forces for the progress in other social events. Each community finds its ways of managing these elements for their own good. The communities also interact and learn from other people in order to improve the way they achieve peace and progress.

African communities have had their own ways of managing their environment, and were also learning to improve their culture from other people. However, after the violent colonialism and subsequent independence, Africans’ way of life has come under serious but subtle attacks. This attack is directed at the religion and social education of the African people and their institutions. Presently, the colonial language, trend and religions indirectly tend to demonize and blackmail African traditional religion and social behaviour. Advocates of post-colonial religions and institutions indirectly imply that everything in African traditional religion is demonic, and that African languages are inadequate for conveying truth and knowledge.

Because of this, some Africans try to adopt the colonial lifestyle in complete denial of their origins, culture and religion. Some traditional rulers are ashamed of pouring libation as a way of prayer, or even being identified as traditional rulers among foreigners and their allies. Some parents openly brag that their children do not speak their local dialects, know their culture or view local masquerades, while those who seek help from native doctors and herbalists are considered as demonic people.

Variety is the spice of life, but the search for good life and happiness is the unifying catalysts for living. Different people search and proffer different solutions to human problems either through traditional African or western medium. Like fathers seeking to secure their families, Kings and leaders seek to secure their communities through traditional or Western medium. Each medium has its own mode and scope of work. Westerners pray to and call their ancestors saints, we pour libations for our ancestors; during Halloween, westerners replicate and celebrate their dead relatives but are not demonized for it; they speak in tongues, we do our incantations; they consult prophets, we consult diviners.

This article was inspired by the traditional observance of HRH Emere (Dr) Appolus Chu, Emere Okori of Eleme.