Reordering the standard of bragging and competition for national growth 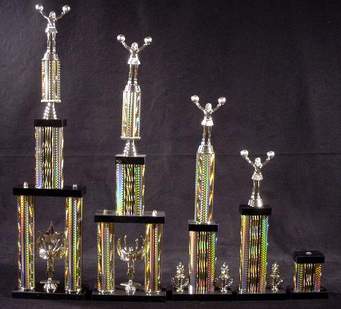 Bicycles move forward from the constant competition between the left and right pedals to be in front. Like bicycles, human civilization advances as humans compete, set and break records in specific areas of human life and activities. Because of their positive effects in the society, progressive societies promote activities and qualities that encourage social responsibility and growth. Without evaluating the activities and qualities that are directly or indirectly promoted in a society, social behaviours, morality, emotional and physical energies can be high-jacked by negative influences. Hence, growing societies like Nigeria may need to reorder their standard of pride and competition for national growth.

During his first presidential inaugural speech, Barack Obama reminded Muslim-world leaders that they will be remembered for what they can build, and not what they destroy. This emphasizes the need for an evaluation of the sets of actions from which people seek social recognition and approval.

Human beings are social beings,[1] who are constantly influenced by trending views and activities in the society. Popularizing views and activities, through approval or critique, motivate people to compete energetically to obtain social recognition through such views. Two conflicting philosophies that broadly categorize prevalent views in various societies are Epicurean hedonism and Plato’s role-philosophy.

Epicurean hedonism is the view that physical[2] pleasure is the only good[3] for humans: let us enjoy today, for tomorrow we shall die. Advocates of hedonism (hedonists) portray the acquisition of wealth and individual pleasure as qualifications for meaningful life. People in hedonist societies are made to compete in acquiring and showing off individual wealth and pleasure as evidence of good living. Such societies are characterized by wide gaps between rich and poor, high level of individualism, greed and social irresponsibility. There, ceremonies, religious and social gatherings become avenues for showing off expensive wears, gadgets, luxuries and intimidating relatives. Also, hedonist societies use songs, movies, reality-shows, lectures, politics, religious doctrines and other means of mass communication to propagate and pursue individual wealth and pleasure.

Plato’s role philosophy is the view that man’s good is fulfilling his role in administration, security or production as contribution to common good.[4] Advocates of role-philosophy portray socially beneficent values and gestures as means to a happy and meaningful life. Such societies encourage and reward gestures and values of sincerity, modesty, courage, dedication and generosity above individual pleasure. They do not denounce individual pleasure as evil, but see it as ingredients to enable people perform their social duties. The outcome of this philosophy includes justice, equality, human resource development, productivity, safety, welfare, fulfilment and average comfort for all.

The situation in Nigeria, where government confiscates and auctions all resources to benefit few individuals, demonstrates a prevalence of hedonism. Despite the wide gap between rich and poor, different mass communication outlets bombard Nigerian minds with messages of individualistic pleasure. The competition to manifest individual pleasure now flows from churches, mosques, schools, reality-shows, music, movies, politics, ceremonies and even families. Hence, several companies sponsor the publicity of individual pleasure to gain from the few privileged members of the society. While the privileged ones compete on who spends more for wears, cars, drinks, food, sex, wedding and burial, millions of poor Nigerians die in illiteracy, unemployment, hunger and diseases.

Using the same means of mass communication, Nigerian handlers can promote the values that will lead to productivity and progress in Nigeria. Thus, instead of applauding or condemning hedonist advocates of individualism and immorality, government can organize and richly fund competitions that promote beneficent social values. Governments also publicly reward qualities and deeds of sincerity, modesty, sacrifice, loyalty, productivity and generosity, without formal competition. By publicizing social values, government redirects her citizens’ consciousness and energies, motivating their contributions to development, progress and common good.

In conclusion, human beings have a lot of energy, which when not properly directed, will be abused. Progressive societies direct these energies for social progress by rewarding deeds and qualities that portray socially beneficent values. When the publicity and energy invested in rewarding good social deeds is far more than in condemning evil deeds, citizens will naturally tilt towards good deeds. Thus, instead of criticizing movies, songs, reality-shows and celebrities for immorality and greed, the society begins to reward good values: best national inspiring song, most productive state, most socially educating TV program, writer, singer, producer etc. This will make the people to redirect their energies to the intended values for social progress.

I believe that reward is a better social teacher than condemnations, shame and punishment.