Dissolving Nigeria’s overdue bitterness and distrust for a new society 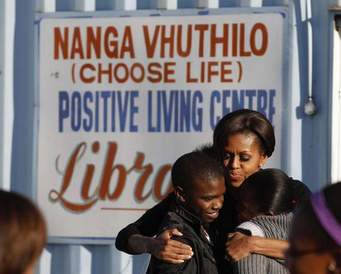 Digestive systems are designed to breakdown, absorb and discharge food-contents from the body to create space for other food. However, if an individual continues to ingest food without digesting and excreting old food, he gets saturated and starts vomiting. Without digesting and clearing old food in the system, new foods may not be tolerated inside the body. As it is with the digestive system, so it is with the human memory, feeling and consciousness. Without addressing old impressions of bitterness and grievances, new gestures of kindness or emotion connection may not yield desired effects.

After many years of the Nigerian civil war, the bitterness continues to linger and produce worse social effects. News of Benue massacres and northeast terrorism are often categorized by some sections as Karma (nature’s revenge) for former atrocities. Many observers expect that civilization should have touched these people to feel for human agony instead of invoking Karma. However, you don’t just ignore or command people to erase memories of pain and suffering in the name of civilization. Instead, the memories and feelings can be sincerely resolved, reconciled and dissolved, to create a better foundation for progress.

European imperialists created Nigeria by brutally yoking hundreds of unconsented kingdoms and communities[1] under a federal government structure.[2] The government was militarily enabled to confiscate and auction all communities’ mineral resources[3][4][5] disguised as management-in-trust for the people. Next, government creates outlets as states and local governments to share compensation funds for seizing access to peoples’ mineral resources. While former colonialists cheaply obtain most of Nigerian resources, Nigerian politicians greedily fight over who controls the resource funds. Note: the colonialists were mainly interested in the crude oil from Niger Delta – old eastern region.

In 1966, some young soldiers, dissatisfied with the corruption and imbalanced distribution of funds, brutally toppled the civilian government. Some of the top coup-soldiers were allegedly from the old eastern region, who spared their eastern politicians during the purge.[6] Eventually, Major Aguiyi Ironsi of the same eastern region took over government, but did not execute the coup plotters. In successive reprisals, Aguiyi Ironsi was murdered along with thousands of eastern soldiers and civilians in different parts of Nigeria. The eastern regions’ attempt to secede from Nigeria after the pogrom was viewed as denying colonialists and Nigeria access to crude oil and oil-money respectively. Hence, Nigeria (and Britain[7]) fought “to keep Nigeria one”[8] at the cost of about three million eastern people’s lives.[9]

After the war, the Gowon-led government declared a “no-victor-no-vanquished” outcome, and made a 3R policy to reconcile, rehabilitate and reconstruct the damages. Unfortunately, instead of feeling the impact of the reconstruction policy, many easterners witnessed assets’ loss and devaluation. With firm determination, easterners struggled up academically, socially and economically, but did not forgot the pains of the Biafran war. Eventually, some easterners stay indifferent when there are bloody clashes among former partners in their wartime oppression or post-war mockery. Thus, some people mock former opponents’ war and post-war involvement for pains in herdsmen carnage, terrorism and ethnic crisis.

Seeking a reconciliation for the atrocities done in the past, the Obasanjo administration created a panel to investigate several events. Unfortunately, reports from the Oputa panel have remained in the shadows without further action.

The level of bitterness and consequent distrust among Nigerians at the moment seem too poisonous for any growing society. All Nigerians, the grudge-bearers, former oppressors, mockers and the indifferent are affected by this contagious bitterness. While Nigerians mock, blame and curse one another, colonialists and Nigerian politicians share Nigerians’ mineral resources and resource-funds respectively. As Nigerians remain distracted from collaborating for using their resources for production, colonialists use Nigerians’ resources to produce expensive commodities. Thus, the ‘no-victory-no-vanquished’ declaration after the war is actually a ‘Europe-victory-Africa-vanquished’[10] experience for both secessionists and one-Nigeria advocates. Europe continues exploiting Nigeria’s resources for productivity, Nigerians stay unemployed, always fighting and mocked by Europe as fantastic corrupt.

Presently, there is an urgent need to dissolve the bitterness in the Nigerian consciousness before any new policy can work. Thus, a humane government will enable different religious and social programs to preach forgiveness, reparation and accepting responsibility for the past. Musicians, actors, movie producers, writers, models, artists and others celebrities will be encouraged to produce contents that preach forgiveness, reparation, social responsibility and productive collaboration. This will demonstrate the emotional process and necessity for reconciliation and atonement among the different peoples in Nigeria. Eventually, government may fix a yearly national reconciliation and integration week to demonstrate intercommunal virtues in commemoration of victims of violence.

Despite these, the bitterness may not truly dissolve without reorganizing the colonially-set social structure based on consent of the governed. A practical step towards dissolving the bitterness is to distinguish the component communities for intercommunal dialogues leading to national conference. There, sections formed from consented communities based on resource-proximity or affinity will agree on modes of collaboration for productivity and security. For without a distinction in ownership and management of resources and territory, there may neither be any industrial development nor peaceful collaboration.[11]

After the distinction in ownership and management of onshore mineral resources, each section will be assisted to educate their people. This education will focus on developing people’s capacities to process their natural resources into usable and tradeable commodities.

When the people begin to process natural resources within their environments, they can begin to trade with other Nigerian communities. At this point, foreign and local manufactures will be invited to establish industries for utilizing the processed materials in final production. This step will profitably engage many industrious Nigerians to work and earn their decent living, instead of brooding. Thus, a new class of decent citizens and production stakeholders will emerge to dissolve the intercommunal tensions in Nigeria.

After some period of stabilizing production and trade, the different sections will be encouraged to create football teams bearing names of their sections. The new class of modestly comfortable citizens and workers can then watch matches and support their cities’ football clubs. The federal government supports the logistics and infrastructure at the early stage of the regularized interstate, city or town matches. Eventually, the football teams and infrastructural maintenance will be sponsored from taxes of the local and foreign manufacturers and companies before the clubs stabilize fares.

In conclusion, the Biafran war and other subsequent crises are shameful experiences of brothers killing one another to entertain outsiders. Though there are varying degrees of guilt on both sides – Nigerians and erstwhile Biafrans – European shareholders remain the beneficiaries. We cannot deny our different roles in the shameful event, but we can accept responsibility, reconcile and move forward. Yes, there is hope that the bitterness will dissolve and that Nigerian ethnic communities will appreciate one another. This appreciation will lead them to distinguish themselves and collaborate for productivity from their natural resources.

Tags:Reconciliation for a new Nigeria
previous article
Reordering the standard of bragging and competition for national growth
next article
Linking Christianity, Islam and African Traditional Religion for a New Nigeria