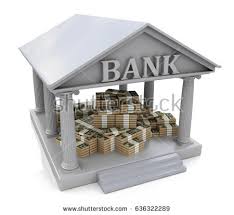 The heart is a vital organ in the body that pumps and supplies blood to different parts of the body. If the heart stops pumping blood to some parts of the body, those parts suffer, leading to a unbalanced growth in the body. But when the heart properly supplies oxygenated blood to all the necessary parts, the human body grows evenly. Though the blood is produced from food by other parts of the body, the heart takes charge of distributing the blood around the body. Though industries create wealth from natural resources in a society, banking influences a balanced socio-economic growth through the wealth distribution.

A bank is an institution of trust that provides financial services, for keeping and lending money.[1] Modern banking evolved after trade-by-barter system of exchanging goods and services gave way to a more unified currency system. Then, instead of exchanging yams for chicken, people could exchange goods and services for accepted pieces of silver or gold. Merchants stored their silver and gold currencies with gold keepers, who gave promissory receipts as evidence of their deposits. The gold keepers eventually lend out the accumulated currencies, with interests, to other people for industry or trade.

Modern banking system has evolved such that people can transact businesses from different parts of the world without physical cash. Yet, the initial principle of keeping and lending funds on interest remains an influential force in banking.[2] Using this lending facility, banks redistribute wealth in the society by collecting from surplus owners and lending to inventive people. The inventive people use the funds to create wealth and employment through their industrial initiatives before paying back the loans. When properly directed in the society, banking contributes immensely to spreading development in the society. However, when banks fail to properly support some productive initiatives, those initiatives dry up, causing uneven growth in the society. Major bank roles in the society include:

Progressive societies function by the members’ agreement to collaborate in utilizing natural resources for producing valuable commodities.[4] Responsible governments provide adequate chances and regulations for enabling citizens to utilize natural resources in creating wealth – valuable products. Then, banks contribute to this productivity by providing affordable loans and financial guidance to prospective inventors or industrialists. This productivity is indicated in the society’s total industrial output, Gross domestic product and generally improved standard of living.

Observation of Nigeria’s economic growth pattern shows an uneven distribution of wealth resulting from the colonially-imposed social structure in Nigeria. British colonialists formed Nigeria by brutally yoking several unconsented communities and kingdoms under a militarized federal structure[5] for economic exploitation.[6] The militarized government confiscates and auctions the different people’s mineral resources[7][8][9] in exchange for foreign currency and consumer goods. Because of the mineral resource-confiscation, the different groups in Nigeria are unable to produce wealth (technological goods) from natural resources. Instead, they are all required to provide labour in administrative, marketing or unskilled services to obtain government-issued currency for survival. At the same time, government officials allocate scandalous amounts to themselves as salaries and allowances.

Because of the unproductivity caused by the restriction of mineral resources, banks are reluctant to fund technically productive initiatives. Instead, banks fund private individuals and firms who obtain government license to import or distribute consumer goods and services. Hence, Nigerian politicians, workers and unemployed are urged through numerous adverts to increase consumption without producing technical commodities. Then using a restricted control of consumer goods, the importers and distributors suck most funds in circulation as profit. This uneven distribution makes it possible that only 2percent of Nigerians own 90percent of total deposits in Nigerian banks.[10]

The employment opportunity created from administrative, marketing and unskilled service provision are unstable and insufficient to productively engage many Nigerians. Instead, the main importation and distribution businesses can and have been hijacked by few politically connected people. Through political intervention, license and waivers, these few individuals obtain huge loans and subsidies to import and distribute the major consumer goods in the country. Other people struggle to raise business funds through dangerous means which include difficult loans with costly collaterals or crime. This situation makes Nigerian business atmosphere very unconducive for newcomers and people without political connection.

Several banks take advantage of this situation of unproductivity to exploit labour and capital in the society. Hence, instead of contributing to an even distribution of wealth, banks assist in concentrating wealth among the politically privileged. Apart from providing soft loans to the politically privileged, banks could connive with government officials in diverting public funds. Eventually, banks partner with the monopoly importers and distributors to suck up circulating funds using consumer goods. Other ways through which banks weaken an economy include:

Though the growth of industrial productivity for wealth-creation is highly dependent on government, banks contribute immensely. And despite not being charity organizations, banks catalyse even development and productivity by supporting sustainable industrial initiatives with favourable loans. Through low interest and spaced loans, Nigerian banks can promote education, industry and other necessary welfare to enable productivity. Hence, a responsible government will adjust policies for banking to support education and industry as major development sectors of the economy. Eventually, Nigerian government will begin to annually award banks with good records of supporting education, research and industrial initiatives.

Money does not produce anything, humans produce useful commodities when trained and assisted to transform natural resources. Whatever value or power money has is given to it by humans who agree to use it as a measure of exchange for goods and services. If the people wish to create real wealth, they can use money to facilitate human training and labour mobilization for transforming human and natural resources.