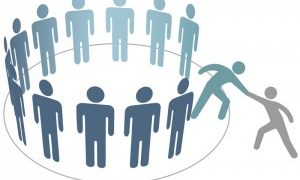 The social research for a new and consented Nigeria 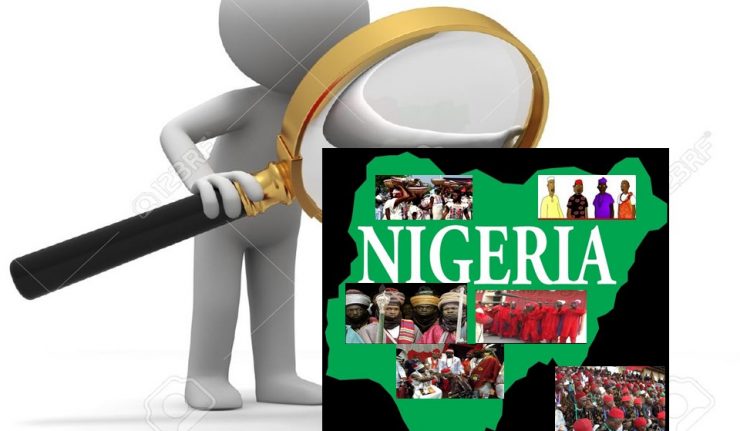 After several weeks of observation, David said to Chioma: “I want me and you to become boys and girls.” Chioma blushingly replies: “Are you sure… let me think about it and confirm from my people”. From then, both of their families began researching and gathering necessary information about their prospective in-laws for a peaceful relationship. With satisfactory reports and agreements on their demands and contributions in the new relationship, David and Chioma were joined together. With proper social research and sincere agreements on rights and contributions from different groups in Nigeria, Nigeria will rise.

In the earliest phases of human organization, production was scattered and atomized according to family and communal identity.[1] Over time, production advanced, leading to product specialization, larger industrial collaboration and socio-political alliances between former independent communities.[2] One community produced steel, another rubber and another copper or leather, all to be used for manufacturing wagons. These industrial collaborations and socio-political alliances come after negotiation of rights and obligations from social researches before signing agreements. Social research becomes necessary to provide the necessary information for agreeing on rights and obligations in a new partnership. Thus, progressive nations flourish when different parts contribute their agreed roles to their political alliance.

Unfortunately, the political alliance from production-based social research and negotiations is missing in Nigeria, and other African countries. “Africa’s nation states were formed by foreigners, lines drawn by Europeans on maps of places they had often never been to. They carved out territories, cut up kingdoms and societies of which they had little idea… They [African countries] lack a common conception of nationhood.”[3] British colonialists formed Nigeria by violently yoking several unconsented communities and kingdoms under a federation[4][5] for exploitation of natural resources.[6] At independence, the colonialists installed a system of government that will sustain colonial control of Nigeria’s natural resources and market. The militarized government seizes and auctions all communities’ mineral resources to colonialists’ in exchange for foreign goods, services and money.

As a result, many Nigerians call for restructuring and resource-control to enable each people manage their resources for local productivity. Social reorganization from agreement becomes a first step to a new Nigeria, as “two cannot walk unless they agree”. However, the reorganization may not produce intended results without proper social research on the various people’s values and resources before agreement. Nigeria’s ethnic communities and kingdoms have progressive values[7] and transformable human/natural resources to contribute for a better Nigeria. Hence, a proper social research will lay a good foundation for Nigerians to agree, collaborate and use their resources to develop Nigeria.

The steps for a sincere government to undertake an effective research for reorganizing Nigeria may include:

The research and disclosure are necessary to provide the necessary information for a true political and productive alliance between Nigeria’s various peoples. When social structures and laws are imposed on people without their consent, they become rebellious, uncooperative and unproductive. But when the people develop their social structures from negotiated agreements based on social and productive values, they collaborate willingly. To develop any society, no matter how remote it is, install schools, corresponding industries and responsible banks. But before installing the schools, industries and banks, you have to understand the people and their environment through social research.

[7] Pre-colonial African values were mostly communal, and productivity was measured on contribution to society instead of consumerism