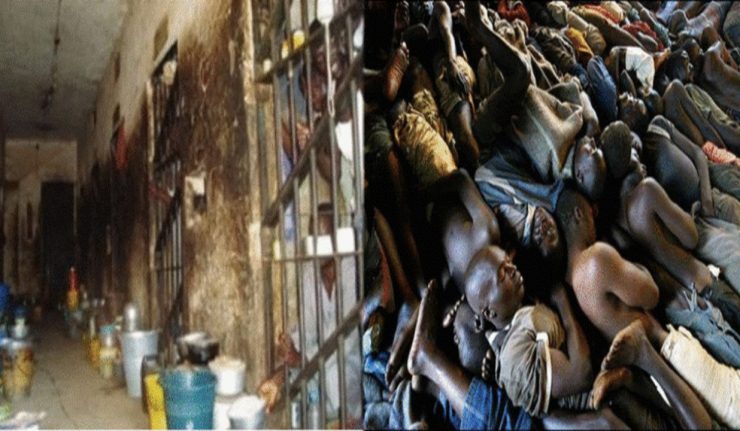 After weeks of sales, Toyota and other car manufacturers could recall specific car-models to correct detected faults in the models. The car manufacturers carefully inspect and fix the faulty parts of the cars without damaging other parts of the car. After fixing the observed faults, the manufacturers test the cars for general road-worthiness before sending them back to people. After 18 years, people are assumed to be educated for social responsibility and leading socially productive lives. If their actions show social irresponsibility, societies could use prison to correct them for eventual integration and social harmony.

People released from prison are often rearrested in worse crimes than the crimes for which they had been jailed. If they are not gainfully engaged, even after resolving to avoid crimes, they are tempted to return to crime. Massive unemployment in the society makes it more difficult for former inmates to get employed with their “ex-convict” stigma. Those that were wrongly accused or unduly detained for long periods without charge become hardened and bitter, waiting to unleash terror on the society. Even those who committed crimes under pressure or habit but expect leniency become worse after undergoing dehumanizing treatments in prison.

Prison is a building where people are kept as a punishment for a crime they committed, or while they are waiting for trial.[1] Prison management differs from country to country depending on each country’s philosophy of education and respect for human dignity. Societies with positive philosophy of education view prisons as correctional facilities, where erring people are confined for retraining and reparations. These societies follow the Socratic belief that evil is a result of ignorance,[2] and that “we have a right to kill only those who cannot be preserved without danger”.[3] These societies demonstrate and preserve human dignity by conscientiously managing their prisoners for social responsibility and productive reintegration.

Other societies with negative philosophy of education and less respect for human dignity view prisons as places of torture and pain. Their educational philosophy regards humans as stubborn beings that must be conditioned to certain behaviours using fear, torture and pain. Hence, they believe that undesirable behaviours are removed and discouraged in the society by physical pain, torture and fear. Many of such societies lack democratic foundations, legitimate laws, modest standard of living and concern for common good.[4] Hence, the people in power create horrifying conditions to threaten and make people submissive to any laws they make.

Nigerian prison service may be classified among the second category of prisons from negative philosophy of education and less respect for human dignity. Colonialists formed Nigeria by brutally yoking several dissimilar societies together[5] for economic exploitation of mineral resources and social-political re(de)formation.[6] The colonialists laid the foundation for Nigerian Prison Service around 1861[7] for detaining and punishing people who resisted their economic exploitation or interrupt their social deformation – civilization. Before leaving at independence, colonialists imposed a federal government on the different unconsented people to sustain their supply of mineral resources. Presently, Nigerian prison service retains the essence of punishing people who revolt against exploitative and production-resistant social structure.

Standing on the colonially-imposed structure, Nigerian government confiscates and auctions various people’s mineral resources[8][9][10] to former colonialists’ industries for finished goods and money. With the confiscation of mineral resources, Nigerians are unable to produce what they need for sustenance and profit. Hence, Nigerians that can use their resources for productivity depend on government to share imported goods and money for survival. The amount that government officials share to Nigerians, ‘after looting’, is never sufficient for Nigeria’s large population. Thus, frustrated Nigerian youths who vent their anger on the society through political protests or crimes land in prison. Unfortunately, the frustrated youths vent their anger on fellow poor citizens, not the government that confiscates their production resources.[11]

Due to the above socio-political problem, Nigerian prisons are currently overcrowded by jobless and frustrated youth trying to survive. Nigeria’s Ministry of Interior announced that the Nigerian Prison Service (NPS) was holding 63,000 inmates, with about 45,263 of them awaiting trial.[12] After witnessing 11 months incarceration in Owerri federal prisons, Mr Ikenna Iwuoha narrates the plight of Nigerian prison inmates:

“there is need to alert the world of innocent people in Nigerian prisons, either awaiting trial or serving prison sentences due to the very corrupt system in our judiciary, the police and government generally.”[13]

Pathetic conditions in Nigerian prison include: over-population, poor food quality, lack of healthcare, inability to hire lawyers due to poverty, over 90 percent of inmates are awaiting trial while 10 percent are convicts, absence of essential items like bathing soaps, washing soaps, tissue papers, slippers, tooth paste, tooth brushes, body creams, sanitary pads for female inmates, boxers, pants, singlet, etc., inadequate number of judges in courts, conspiracy of state counsels and judges with complainants to ensure that cases are given very long adjournments, disappearance of inmates’ case files – forcing inmates to spend 10 years or more in prison without appearing in court for one day, psychological torture of children born by female inmates, mental illness among inmates, physical abuse, sexual abuses among inmates through homosexual/lesbian activities, drug abuse through the use of Indian hemp.[14]

These dehumanizing living conditions in Nigerian prison continue despite reports of several billions allocated for prison management.[15] 17 billion naira was allocated for feeding prisoners in 2017, and will continue in 2018 budget.[16] The NPS has total proposed allocation of N72 billion: N37 billion for personnel cost, N57 billion as recurrent expenditure and N19 billion for provisions. Despite these huge allocations, Nigerian government does not expect any economic contribution from abundant human resources that are wasting in Nigerian prisons.


Attempts at reforming Nigerian prison service may not yield good results without the reorganization of Nigerian society for productive common good. This involves enabling Nigerians to develop and utilize their human and natural resources for producing what they need. Without provisions to profitably engage citizens, more people join crimes, even after being released from prison. Hence, to reorder prison management and criminality in Nigeria, a sincere government may do the following:

Time spent inflicting pain as a way of correction is both a waste of resources and opportunity to educate citizens. Except for those on death roll, who can still be given opportunity to work for the sake of those they are leaving behind, prisoners should learn and work. As a society of rational beings, we must not become beasts by retaliating their crimes with more inhuman degradation when they are already imprisoned. Without reforming prisoners mentally, emotionally, professionally and morally, they become beasts waiting to be unleashed on the society for more terror.

Tags:Nigerian prison service
previous article
The social research for a new and consented Nigeria
next article
Addressing information mismanagement and the dangers of social media gossips