Tackling piracy, forgery and counterfeiting to encourage productivity in Nigeria 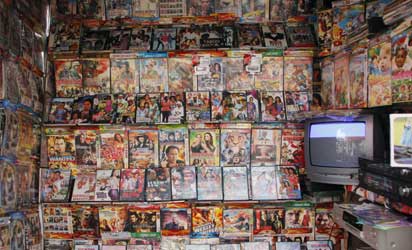 In an ancient fable, a palm-nut farmer failed to make good profits despite harvesting bountiful palm-nuts. After harvesting his palm-nuts, he stored them in a large sack, which surprisingly never gets filled. Eventually, he discovered that some rats bored holes under the sack for stealing his palm-fruits while he laboured in vain. Without understanding and addressing its cause in Nigeria, piracy may continue robbing and discouraging intellectually productive people.

Many writers, publishers, musicians, artists, movie-producers, software-developers, financial and public institutions continue to suffer under the wave of piracy. Writers fix moderate prices to recover some of the costs for thinking, researching, writing, editing and publishing good books. Yet, after fixing prices, unfair marketers and publishers mass-reproduce cheaper copies without permission or commission for the owner. Since the unfair marketers’ copies are cheaper, people patronize the cheaper copies leaving the main writer’s copies as unsold waste. This discouraging practice occurs in music, films, artwork, software-development and other sectors of intellectual property development. 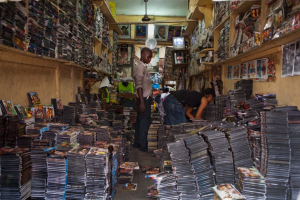 Despite several pleas, lamentations and threats from governments and intellectual property owners in Nigeria, piracy subsists and increases. This consistent piracy raises questions about the difference in social situations.

Why is it possible to control piracy in developed societies and not in Nigeria?

Nigerian laws were imposed by the British colonial masters, and has been edited by favoured politicians for exploiting the different peoples’ resources. Both the government and the people, upon whom the laws were imposed do not understand the effects of those laws. The government officials are more interested in the sections that join the unconsented people for seizing and selling mineral resources. Other parts without influence on promoting their access to people’s resource and foreign exchange may never receive serious attention.

Due to federal seizure of production-resources and eventual dependence on importation, many Nigerians are unproductive and extremely poor. Many Nigerians cannot afford to pay adequate amounts for the value of intellectual property they require. Hence, they resort to buying cheaper copies, even when they know the implications to the real owners.

Despite the copyright laws[1], desperately poor people will continue patronizing cheaper pirated copies, while the unemployed will continue pirating for survival. Even law enforcement agents struggling to survive on meagre-salaries patronize cheaper pirated copies instead of opposing them. With the rate of poverty and unemployment in Nigeria, it is difficult to address piracy without resolving unproductivity. And it may be impossible to address unproductivity without addressing the social structure that seizes people’s resources for foreign exchange. Thus, addressing the problem of piracy in Nigeria will grow from the reorganization of the Nigerian society for productivity.

The social reorganization process that will link up to piracy-control in Nigeria includes:

If people have sustainability and understand the effect of piracy on general productivity, they will support protection of original copies. But if they remain poor and desperate, they see themselves as victims of a society which they must fight by all means, including piracy.