Political parties and the distraction from development in Nigeria 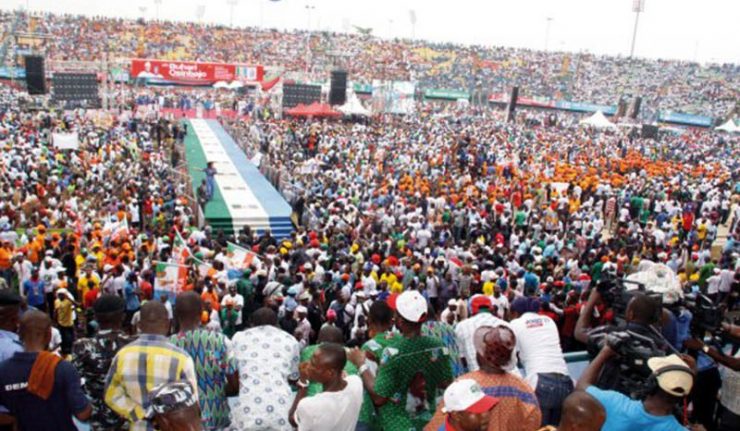 Car racing happens very often on major roads, even between people who had not initially set out to compete. However, when a car does not have wheels on one side, the car moves in circles instead of moving forward. Personalities and ideologies (ideals) are two sides upon which groups, institutions, political parties and societies move. Without agreed ideals as guide and measure for progress, these gatherings become personality-cults revolving around few influential people’s moods. And without such noble ideals, social gatherings, groups and political parties may never achieve the social goals expected of them. 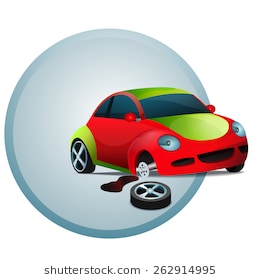 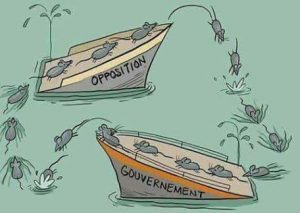 Party system has mostly been violent in humans’ power-struggle, but was refined after American independence and introduction of modern democracy. After independence, Americans’ dream to become the most productive and powerful nation led to mass education, industrialization and citizens’ empowerment. Leadership aspirants propose means to attain the American dream, while the people choose candidates with preferred proposal through voting. Though, Democrats’ alleged leaning to diplomacy counters Republicans’ alleged inclination to force, both parties move towards the same American dream. Each party gathers personalities with specific ideals towards the American dream.

Personality is defined as a famous person or a person whose strong character makes them noticeable.[1] Ideology is defined as “a set of beliefs, especially one held by a particular group, that influences the way people behave.”[2] Ideologies are formed from chosen ideals (perfect standards[3]) as behaviours through which a society can achieve its goals. The combination of strong personalities and noble ideals enables a group or institution to achieve even the most tasking objectives. Choosing perfect ideals does not mean the people have become perfect, but they work steadily towards the perfect ideal as their behavioral target.

Three main ideals sum up the social behaviours for achieving peace and progress in a society: sincerity, modesty and generosity.[4] Sincerity is the quality of being honest, real and ready to seek and accept truth when it manifests. Sincerity splits in two as passive sincerity (giving true information for social justice) and active sincerity (faithfulness to commitments); Modesty implies self-control over impulses, unguarded emotions, appetites and addictions for the good of the society; and generosity is the willingness to give one’s time, energy, resources, talents, direction and help for other people’s good.[5]

Imbibing these ideals as habits (virtue) requires conscious self-education, interpersonal inspiration and unbiased evaluation over a long period.[6] However, after imbibing these ideals without having an agreed destination, the people will roam aimlessly. Then, the energies generated from those ideals will either be wasted or twisted against other people in the society. Hence, moving a society forward requires gathering strong personalities with adopted noble ideals towards an agreed social destination.

Nigeria has a lot of strong personalities and some people with diverse ideals. Unfortunately, Nigeria does not have a singular destination, since “Nigerians have never agreed, or been given a chance to agree what Nigeria is”.[7] Colonialists created Nigeria by violently binding unconsented kingdoms and communities under a militarized government for collecting mineral resources. Before leaving at independence, colonialists trained and militarily enabled few indigenes to replace them[8] in seizing and exporting the people’s mineral resources[9][10][11] in exchange for foreign products. To appear democratic, Nigeria’s colonially-imposed government created states and local governments to share few imported products as infrastructure, salaries and charity handouts. Since then various Nigerians struggle to occupy the colonially-made offices for enjoying foreign money from seized mineral resources.

Today, there are several conflicting opinions from different personalities about Nigeria’s destination. While some canvass disintegration or the unclarified idea of restructuring, others promise to single-handedly turn Nigeria to paradise within 4years. Nigerians who are incapacitated by the brutal denial of their resources for production speculate wearily for a lesser evil. Then political discussions revolve around who stole more money from seized resources against who installed more foreign products. The political cycle since independence has been: seize mineral resources, sell to industrialized nations, import and share foreign products. And if we do not agree on what is Nigeria’s Promised Land, we may wander forever in desperate foreign dependence.

Progressive societies are formed by people’s agreement to utilize their resources in producing what they need for sustenance and profit. For progressiveness, political parties will prompt Nigerians to agree on what Nigeria is and what it wants to become.[12] This becomes more important than trying to impose their ‘perfect ideas’ like colonialists, or claiming to serve a people who have never said what they want.[13] An agreement for collaborative productivity will motivate Nigerians to adopt noble ideals and contribute actively in nation-building. Not more hopeless waiting for other candidates to re-promise them water, electricity, road and food for the next 100years.

Without destination and established ideals to measure and guide their movement, political parties become personality worship of the influential or gang-up of personal interests.