Realism without idealism: hindrance to progress in Nigeria 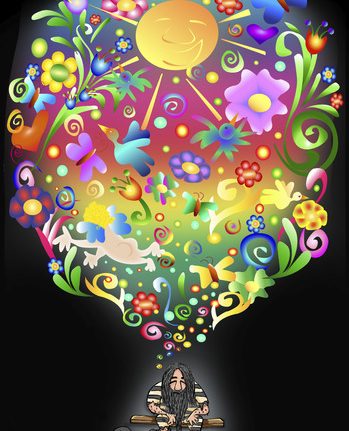 After Spartacus was kidnapped and sold as slave to join Battiatus’ gladiators, he continued dreaming and planning to gain freedom. While Spartacus dreamt on, Crixus and other gladiators competed to become champions among slave-gladiators by fighting to death as Roman entertainment. The other gladiators mocked Spartacus as a naïve idealist dreaming too high, instead of embracing their ‘reality’ of slave-championship. Sometimes prisoners focus on struggling to get better-slave-treatment than other prisoners, that they totally forget they are still prisoners. And without recourse to idealism of freedom, many social achievements and scientific inventions will be hindered by dwelling on realism.

Intellectuals and advocates of social reformation are often mocked as dreamers wishing to change Nigeria instead of benefitting from existing realities. When you talk to people about the possibility of a better Nigeria, you hear comments like: “e no fit happen for Naija”; “don’t dull, take your own share and go”; “Naija no go better again”. Avoiding corrupt practices attracts mockery from people who tell you: “stop living in the clouds, this is how the world works”. Sorry, this is not how the world works. This is how their world has been conditioned by them or other factors, until they realize and change it. For man always has a choice, and even refusing to choose is already a choice in itself.[1]

These negative comments show the type of scorn many inventors faced as dreamers before achieving success in history. Talking to people in 13th century about the possibility of an airplane or car would have provoked laughter and mockery. Despite the mockeries about their ideas, persistent inventors and social reformers eventually create new realities from their idealism. This is how many societies and modern technologies emerged from people’s idealism despite environmental pessimism.

Merriam-Webster dictionary defines REALISM as the “concern for fact or reality and rejection of the impractical and visionary”. Nigerian realism would imply interacting according to survival instincts on present circumstances, while rejecting/doubting possibilities of a social change. It embodies a social pessimism about the society, leading to fear and excessive consciousness for physical, financial and emotional security.

Contrarily, idealism is the belief that all existence is governed by thoughts and all changes are products of ideas. Nigerian idealism would imply interacting with the environment from a conviction of achieving an ideally conceived better society. It embodies a social optimism and hope for a better society, leading to generous sacrifices for the society. Without the use of idealism in conceiving a better society, the society may never grow more than its present state.

In the present Nigeria,

Despite the ugliness of present realities in Nigeria, Nigeria can still be redeemed. In many occasions, some Nigerians have described the type of Nigeria they wish to see and bequeath to their children. Many Nigerians have imagined and dreamt of a better Nigeria where the different parts will develop and contribute their expertise. This type of imaginations, descriptions and wishes constitute what realists and cynics call dreamers’ idealism. Yet, we may never leave this prison unless we cherish and work towards that idealism of true socio-economic independence.

The underrated idealism that will eventually rescue Nigeria are:

For posterity, Nigerian idealists will continue to perfect the ideas of a new Nigeria and how it can be achieved. Even in the lack of adequate support you deserve, Restartnaija encourages you to not give up hope. Humanity progresses because of the presence and resilience of idealists, who consistently believe and work for improvement. Though it may take some time and hard-work, but a new and productive Nigeria will be achieved in this our lifetime.

Nigeria’s present reality is yesterday’s colonial idealism, and settling in the present realism without creating and cherishing a new idealism blocks the senses, kills the hope of meaningful living and begets fear, greed and opportunism.

Tags:Idealism
previous article
Political parties and the distraction from development in Nigeria
next article
Creating jobs by Plugging people’s needs and creativity to the reward system