From human to Patriot, more emotional than mechanical 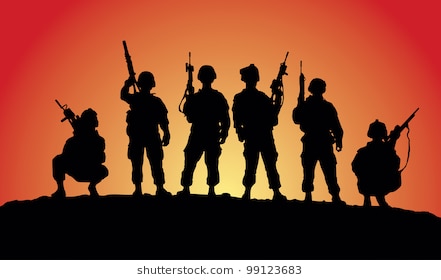 Cars are made up of different parts and particles like metals, cables, bolts, nuts, rubbers and others. On their own, these parts may not be considered important. But by fitting in to perform their specific functions in moving a car, they find purpose and meaning for their existence. To fit in and function well, these parts and particles must be functional and well-connected to the car. Also, to function properly as patriots, members of a society have to be truly human and emotionally connected to the society.

Emotion is often labelled as weakness in social administration, since humans are distinguished from lower animals by rationality. Some people are criticised for appearing ‘emotional’ instead of aligning with conventional positions on ‘rationality’ or unquestioned adherence to rules. Contrarily, others are praised for overcoming emotions in strictly adhering to rules and controversial positions. They hold the “end-justifies-the-means” mantra as justification for executing questionable tasks to appear strong without emotional softness and bleeding-heart sentimentality. This description of emotion as weakness often display emotion as the opposite of rationality, instead of compliment to each other.

Emotion as common to humans and animals

Emotion is defined as a strong feeling such as love, fear and anger,[1] and they are present in humans and animals. Like animals, humans have physical, sexual and inner needs to satisfy with different resources. However, the presence of other humans/animals/factors threatens their guarantee of resources for satisfying these needs. Out of love for self-preservation and pleasure[2], and fear or anger of pain and loss, humans and animals seek means to secure needed resources. Emotion powers human/animal actions just like fuel powers cars to move, while reason directs the way to follow. But unlike animals, humans are transcendental beings with additional strength, thinking, for directing emotions on the best means of securing and improving their source of satisfaction.

What does it mean to be human? Reasoning, creativity and transcendence (morality)

Man is at the heart of nature[3], for every other question about sky, moon, stars, air, water, atoms, cells, even God become relevant only with reference to man’s being.[4] The fundamental principles of nature are growth and harmony, to moderate a balance for co-existence and mutual support between entities such that no element overgrows to the detriment of all others. Cold and heat, sun and moon, earth and water, life and death are few nature’s elements for harmonizing growth in the universe. Since man is at the heart of nature, being human is being in agreement with nature’s principles of growth and harmony in the universe. It is performing the central role of enabling, organizing and harmonizing growth between natural entities against excessive growth or extinction. Reasoning, creativity and transcendence offers the capacity for humans to study, evaluate, decide and modify nature for harmonious growth.

Thus, the defining characteristics of being human are:

Being human is using the above faculties to respond and direct the emotions of love, fear and anger.

Basic response to the force of emotions – personal survival

The primary emotions in humans and animals are LOVE for self-preservation and pleasure, FEAR and ANGER for pain or lack. And humans are similar to animals in their self-consciousness to satisfy personal needs, even at other people’s or environment’s expense. In this basic level of consciousness, humans seek to create, gather and secure resources for their own survival, pleasure and protection. They bond as groups, states, nations or regions with ideologies to justify their survivalist methods even at other people’s expense. Once connected to a social system for getting resources, they evaluate other people as enemy to be defeated, resource to be exploited or helpless to be ignored. Despite joining social alliances for getting resources, survivalists often betray allies when threatened or given better offers. This self-consciousness is a small-heartedness characterized by fear and greed.

Transcendental response to emotions – contribution to universal growth and harmony

Despite the basic/animal desire for personal survival above everything, human transcendence drives humans to harmonious growth between him, other humans and environment. This is an enlightened level of universe-consciousness where humans transcend personal or sectional biases to assume responsibility for the whole. Transcendence develops in each person through education, experiences, revelations, environment, culture and other influences. People on this level of consciousness steadily research to understand the nature of beings and their potentials for harmonized growth. Even as they lack capacity to harmonize everything and person at once, they begin from specific tasks in specific locations. And by helping other beings make sense out of their existence, these large-hearted people find meaning for their own lives.

Moving from human to patriot

Despite his zeal, power and degree of transcendence, a single individual cannot harmonize growth in a society all alone. He requires the help of other people, who are also convinced about human role as agents for harmonized growth. The task of convincing people to transcend from fear and survivalist-disposition can be difficult, risky and time-consuming. It requires that you consistently manifest your own transcendence and gradually encounter other people to emotionally connect with them and gain their trust. Seeking quick results and shortcuts requires either force to briefly subdue them, or deceit and payments to obtain temporary cooperation. Also trying to convince them by judging and defeating their arguments sparks their emotions of fear and anger against you. But when transcendental people gradually and sufficiently influence their society, people freely collaborate in trust and love for harmonized growth. Such societies develop laws and customs for organic growth and harmony based on love and trust for their common destiny.

Genuine love and trust cannot be physically calculated in a society, yet they are highly influential. They manifest in people’s show of loyalty to their societies, even in making personal sacrifices for their countries. This loyalty springs from the feeling of being accepted, important, cared for and having a role in the country’s mission. However, this feeling can be manipulated to indoctrinate people along twisted views for harmonizing growth. This leads to deciding that some people may die or be suppressed for others to live comfortably, or other twisted misinterpretations and means to harmonizing growth. Unfortunately, some people are convinced to become soldiers, rebels, terrorists or intellectual defenders of other people’s twisted versions of harmonized growth. And they truly believe that they are contributing to harmonizing world growth through their military, rebel, terrorist or intellectual activities.

Synchronizing patriotism with being human

Patriotism is defined as “love of country and willingness to defend it”.[5] Patriotic acts include protecting your country’s sensitive information from enemies and physically, intellectually or militarily defending your country’s interest. Patriotism is often applauded as a most noble disposition, and many people are celebrated and almost canonized for being patriotic. Yet, David Palmer advised Aaron Pierce about his son’s military ambition: “It’s a fine thing to defend one’s country, but make sure the course he is fighting for is the just course.”[6] Thus, despite the applause from government and countrymen, each individual owes him/herself a humane justification for actions taken as patriotism. 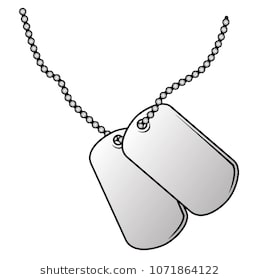 In this era of globalisation, survivalist countries and regions destabilize and exploit other societies using excuses like intervention or trade. Governments and agencies also attack people within their borders using human agents who claim they are “just following orders”. Yet, governments’ approval of these tasks as patriotic duties on morally-independent people does not remove the agents’ responsibility and guilt. And governments’ adoption of laws or actions is not enough justification for citizens, intellectuals and military to accept/defend them. Hence, transcendent Western citizens protest their governments’ invasion or inhuman activities in both foreign and local territories. Some undertake missionary works in affected areas as reparations for damages done in their stead or contribution to harmonized growth. Today, there are some genuine movements against capital punishment, racism, global exploitation, hunger, wars, poverty, illiteracy and invasions. 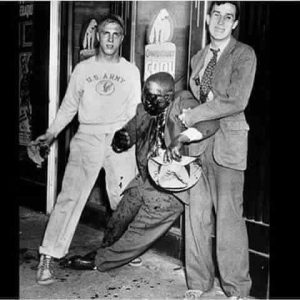 Also, some countries send money, food and aid packages as help or justification to the societies they destabilize and exploit. Such will seem like taking a man’s farm and giving him few rations of grain as continuous charity. Unfortunately, those financial aids given as guilt-offerings cannot erase the crime of destabilizing societies for continued exploitation. Nor can such ephemeral aids qualify their governments, citizens and intellectual-defenders as agents of harmonized growth in the world. Hence, President Barack Obama cautioned: “for those nations like ours who enjoy relative plenty, we say we can no longer afford indifference to the sufferings outside our borders, nor consume the world’s resources without regard to effect.”[7] 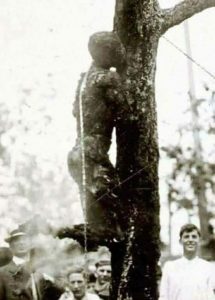 Knowing the importance of transcendence, some cultures and societies institutionalize it through social education and laws. The American declaration of independence emphasizes a special regard for transcendence in stating that: “all men are equal, all men are free and deserve a chance to pursue a full measure of happiness”. Hence, the role of transcendent beings is to create a society where each person finds productive meaning to his/her life. Even when they make errors of judgment, they retrace and continue working as agents of harmonized growth in the world. And to be a true patriot, one has to be a true human to promote the moral standard of his society.

If your patriotism contradicts your humanity,

such that you have to continuously defend your actions to yourself,

then you have become a caged soul[8] needing redemption from your society and her principles.

[2] These resources includes the self, other people and natural resources in the environment

Tags:Emotional patriots
previous article
Understanding the clamour for technocrats as leaders in Nigeria
next article
Agriculture alone cannot redeem Nigeria; we do not live to eat, we eat to live, love, create and be happy