Defining Africa: for development or for limitation? The focus on blame instead of cure 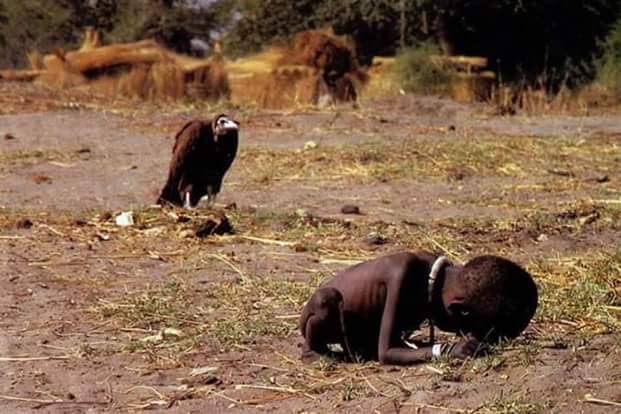 Before treating patients, doctors search for the causes by examining lab-results and symptoms of diseases to decide best treatment procedure. This search for causes in problem-solving is called diagnosis, and is employed by other problem-solvers like computer and car repairers. Contrarily, in setbacks, some people seek to absolve themselves of responsibility by searching for faults/reasons to blame other people/factors. Finding faults to blame in other persons/factors for absolving oneself provides excuses for irresponsibility and indifference to the problems. While cause-finding facilitates objective descriptions for healing and development, fault-finding brings negative definitions for limitation and condemnation. Many foreign media efforts in defining Africa by searching and showing faults gear toward Africa’s perpetual limitation.

Many foreigners are quick in defining Africa by post-colonial limitations saying: Africans don’t like to read, Africans hate themselves, Africans prefer foreign products, and Africans are unphilosophical, lazy, cursed, unproductive and corrupt. Unfortunately, some Africans begin to accept and internalize these limiting definitions for themselves, thus losing the courage to improve. This category of Africans join foreign ideologues in negatively defining Africa and blaming Africans for all social anomalies. Presently, some African/foreign scholars and researchers are awarded for describing immediate faults as the image for relating with Africa. Yet, these definers’ unwillingness to trace the history and root causes of present limitations for improvement indicates an intention of condemnation instead of development. It differentiates people’s sympathetic interest for cure and development from a cynical interest for blame, self-absolution and irresponsibility.

Humans are bundles of influences, whose decisions and actions are influenced by many factors in their lives and histories. These factors include forms and contents of their education, family, society, experiences of war and peace, inspirations and reflections. Like prison effects, these factors influence people’s reactions to their societies and to the world. And without considering these factors, direct observers make incorrect conclusions about the nature and behaviours of those observed. It is like defining caged lions by their caged circumstances without considering the conditioning effects of the cage on the lions.

Before the slave-trade and colonialism in Africa, different African kingdoms and communities owned and managed their resources. They had blacksmiths, goldsmiths, leatherworkers, bronze and ivory craftsmen, hunters, crop and livestock farmers, miners and other occupations. They were eager to learn modern ways of using their natural resources for production. Many African Kingdoms and empires were rich and growing like other parts of the world.

Unfortunately, the colonialists invaded Africa and violently bounded unconsented communities and kingdoms under artificial national boundaries[1] for exploiting resources.[2] The colonialists exploited and exported mineral resources from the bounded African communities to their industries.[3] Later, they appointed, instructed and payed buyable indigenes to assist in administering and holding down other indigenes from revolting.[4] Since colonialists seized and exported the resources for industrial production to Europe, Africans struggled to get tickets (money) for consumable goods from colonialist industries. To receive these colonial meal-tickets (money), Africans were required to provide services in local administration, crude resource exportation or European goods’ marketing.[5]

Before leaving at independence, colonialists installed Europe-trained indigenes to replace them in controlling the violently bounded communities using colonially-made constitutions and institutions. Hence, the indigenous people that replaced the colonialists continued seizing and supplying various people’s resources to foreigners in exchange for foreign-meal-tickets (money).[6] Using international policies, regime-changes, favourite tyrants, wars and economic interventions, the former colonialists have sustained their grip on Africa’s resources. Eventually, they blame corruption in their indigenous replacements as cause of Africa’s underdevelopment instead of their imposed social structure.

Blaming African officials’ greed and corruption seems handy for foreigners to distract Africans from the real problem: imposed social structure for confiscating resources. They criticise Africa’s post-colonial governments’ corruption without explaining how former independent communities came under the militarized governments, or how the resource-seizing colonial structure created the foundation for corruption. Without imposing the prisonlike ‘Western democracy’ on several unconsented communities, African nations would have developed differently without alienated governments. The different communities and kingdoms would still have access to their mineral resources for modern production, sales and social responsibility.

Insisting that Africa’s problem lies with African governments who import and share less foreign consumables for the colonially bounded and exploited people is fallacious (false cause). It supposes that Africans only require food and amenities to consume, not access to their mineral resources for productivity. Many western media houses blame African governments for exploiting, starving and suppressing African ‘people’. Yet, their governments supply the guns with which Africa’s colonially-imposed governments exploit the people in exchange for the exploited mineral resources. Hence, foreign media’s effort in defining Africa from present defects and limitations without highlighting their governments’ foundational roles is self-deceptive.

Defining people’s entire life from immediate circumstance qualifies as fallacy, for man is always becoming from a past to a future. Our manner of defining people shows our interest, obstruction or indifference to their development. Defining Africa by the present limitations does not just qualify Africa’s present status, but the interests of the people defining Africa.

Kevin Carter was awarded the Pulitzer Prize for snapping of a vulture waiting for a starving African girl to die without helping the girl. Eventually, the ethical backlash for not helping the girl after taking the pictures led to his depression and suicide. There are still people who do worse, but instead of feeling remorse, they seek justification and reasons to blame other people.

Tags:defining Africa
previous article
When high price does not determine high satisfaction in Nigeria
next article
Controlling the rise of rape in Nigeria