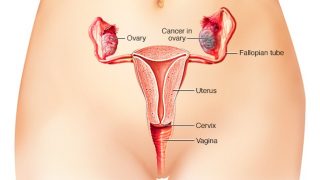 MANAGING THE BURDEN OF OVARIAN CANCER IN NIGERIA

Controlling the rise of rape in Nigeria

People buy special and powerful dog breeds for protecting their families and other important things. However, if the dogs are not well-trained and directed towards their primary purpose of protection, they become in-house threats. Men are endowed with physical energies for protecting and providing for their families and society. When they are not enabled to use these energies for protection and provision, they become threats to those they should protect. The rising occasions of rape in Nigeria points to a mismanagement of physical, emotional and intellectual energies in Nigeria.

Several reports emerge to indicate the high occurrence of sexual harassments and rape in Nigeria.[1] The events of rape in Nigeria occur in both poor and rich families, cities, offices, churches, schools and streets. Some security personnel are alleged to sexually exploit victims of natural disasters and terrorism they should protect in IDP camps.[2][3] Some cases of rape in Nigeria happen without physical force, but with inducements and veiled threats of sack, query and withholding salaries. Many of these are unreported because the victims are afraid of stigma and attacks, or are poor, traumatized and disbelieved. The few that get reported to the authorities are either not pursued by the police or the victim is advised to keep silent lest she disgraces her family.[4]

Rape is the unlawful sexual intercourse or any other sexual penetration of the vagina, anus, or mouth of another person, with or without force, by a sex organ, other body part, or foreign object, without the consent of the victim.[5] The use of penetration in the defining rape may imply that men are not raped by women. Hence, other forms of “sexual contact or behaviour that occurs without the explicit consent of the recipient,” are called sexual assault.[6] Though anybody can be sexually assaulted, most reports focus on women and female children.

Social relationship between man and woman

Theists believe that after creation, God gave humans dominion over all creation for procreation, sustenance and fulfilment. This power to creatively dominate nature manifests when humans develop their social and scientific intelligence for exploring and utilizing nature. By intellectually conquering his environment, humans procreate resources for satisfying their bodily needs (food, sex and material acquisitions). Due to their physical strength, men are more disposed for production and security, while women manage and distribute the products for social growth. When men successfully organize their society for collaborative productivity and security, they become attractive to females who normally seek protection and provision.

Causes of rape in Nigeria

The high occurrence of sexual harassments and rape in Nigeria is linkable to intellectual unproductivity and social sexualisation. Many of the regular comedies, movies, music-videos, dance-steps, reality shows, modelling, internet, adverts and entertainments have high sexual contents. Sahdguru of India noted that 70% of the internet traffic is directed to pornography.[14] This high dose of sexual-suggestive content eventually saturates the minds of both adults and minors. This leads to a continuous search for avenues to express the sexual fantasies even by rape.

Some of the effects of rape on the victims include:

Reorganizing the society for proper management against rape

Despite many efforts to condemn and legally combat rape in Nigeria, it continues raging even among social protectors. Hence, the people will develop a new strategy that evaluates the social, biological and psychological causes of rape. Since sexual urge rises in the insufficiency of avenues for intellectual productivity, the strategy will emphasize social reorganization for productivity. This new strategy will involve:

Managing the new society against rape

Despite creation of jobs and means of intellectual productivity, some people may not easily give up the habit of rape. Hence, Nigeria will adopt other positive measures to curtail rape.

It is in man’s nature to conquer and dominate his environment either as an individual or as a group. Nature gave them rough and jagged energy to conquer elements in their environment for their good. When a society denies men access to natural resources to conquer productively, they unleash their jagged energy on women and children, even fellow men. Humans are bundles of energy. If they are not well-directed for productivity and harmony, they become destructive.

Tags:rape in Nigeria
previous article
Defining Africa: for development or for limitation? The focus on blame instead of cure
next article
Beauty pageants, movies and reality shows for Nigeria’s productivity and character