Managing the danger of freedom in a modern and complex world 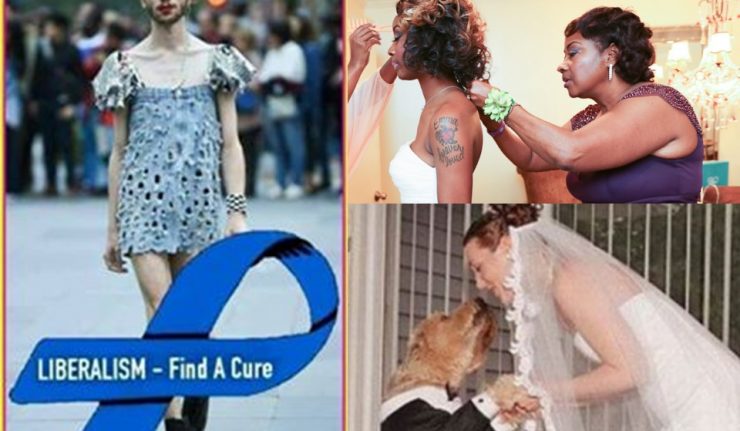 A one-eyed politician barred his mother from seeing him after being disqualified from contesting a position because of his one-eye blindness. When he was little, his mother had allowed him play with knives because he cried whenever the mother took away the knife. Being allowed to play with knife as a baby, he poked and permanently blinded one of his eyes. Crying for being denied knife for play would only have led to temporary tiredness and sleep, not blindness or death. Without an enlightened social regulation, the desire for unchecked freedom becomes dangerous to the individual and society.

Several controversies spring about freedom from increase in abortion[1], divorce, marital infidelity, feminism,[2] laziness, transgender, homosexuality, bestiality, single-parenting, school dropout, addictions, social disorders and weird behaviours. Some people argue that religion, state or culture has no right to interfere, criticize or moderate their actions and decisions. They say “it is my life, body, affair, fashion, choice and nobody’s business, therefore, nobody should criticize me”. Yet, they benefit from the social order co-created and sustained by these institutions, and expect their interventions during crises.

Absolute freedom to do anything sounds desirable because of humans’ dislike for pain, suffering, lack, limitation, restriction and negative consequences.[3] Some prefer to control and command others for their pleasure without being held responsible by anybody or anything. While some prefer to stay indifferent to urgent situations for fear of losing their freedom and comfort. However, experience shows that both action and inaction eventually beget consequences either for the actor or other people.[4] For nobody is an island, and the choices we make affects other people in different parts of the world.

Humans are social beings by nature

By their nature, humans are social beings who cannot survive or develop their potentialities outside the society.[5] Society is a web of human natural institutions (families to villages, towns and nations) that collaborate for survival.[6] Since humans naturally need the society for survival, they organize their social functionality to fortify and sustain the social relationships. Different styles of social organization follow the people’s observations, reactions and learning from the order in nature. And since nature harmonizes the growth of various natural elements for balance, humans organize their societies for people’s growth and development towards common good. The society’s goal remains the survival, growth and functional development of its members (common good).

Humans regulate their society for peace and progress

To achieve their goal of common good, societies regulate people’s actions according to specified ideals of social behaviour. Societies set up institutions to evaluate and specify actions for common good, and to prohibit destructive actions against the society. In stipulating and prohibiting different actions as laws, societies derive reasons from different religions, philosophies, cultures, traditions and experts. These reasons are intended to establish the status, rights and obligations of each person in a society. Most prohibited actions are those that directly affect other people’s lives and property like murder, assault, vandalism, stealing and slander. While the most enforced actions are paying different taxes and obeying general rules for administering the society.

Negative effects of authoritarian regulation – suppression of initiatives and loyalty

Sometimes, regulating people’s actions becomes too intellectually, emotionally and physically restrictive that it begins choking chances of individual initiatives. At this point, some institutions for social administration start suppressing people’s freedom, and imposing their thoughts on people. And without convincing, justifying and obtaining consent of the governed for those measure, revolution becomes inevitable. Then, people begin craving for freedom to make and follow their own decisions without responsibility to/for the society.

In respect for human autonomy, some societies allow individuals above specified age-range to decide on issues that do not directly impose or threaten others. They include ways people use their bodies and time in education, sexuality, marriage, productivity, fashion, religion, conscience, genetic and gender modifications. Then actions that directly threaten other people’s safety become crimes, while actions that may alter social thoughts and behaviours become issues. Eventually, people call for recognition and legalization of contentious issues that will eventually lead to social and moral decline. This is why there are calls for legalizing abortion, gay marriages and adoption, transgender neutrality and other weird behaviours.

Through institutions, well organized, well-staffed and well directed; and through education can people’s thinking and attitudes be changed.[11] Socially enriching ingredients like diversity, initiatives, innovations, inventions and discoveries are products of freedom to think and look at things differently. But without direction to social responsibility, freedom becomes dangerous to humanity and society.

Tags:Danger of freedom
previous article
Beauty pageants, movies and reality shows for Nigeria’s productivity and character
next article
Curbing the rage of accidents in Nigeria