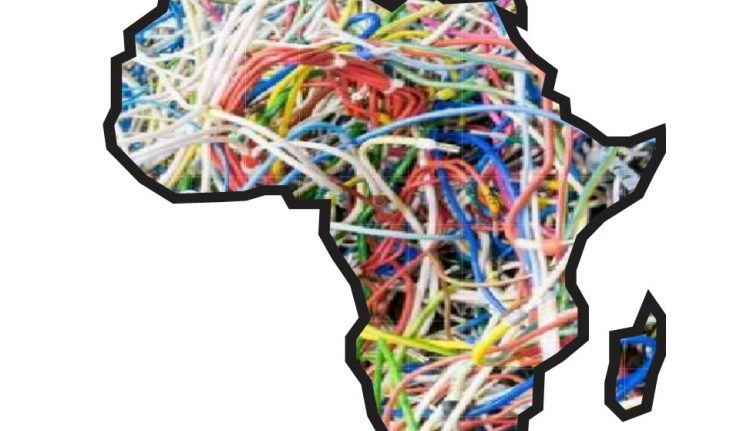 Due to his obedience, Paul was promoted to manage a large compound where human traffickers keep their captives. Paul had been a captive in the compound until the human traffickers appointed him to manage other captives. Following the traffickers’ patterns, Paul seized and sold any child born inside the compound to foster parents. Yet, he does not protect nor provide for the captives: he simply takes what he wants, and abandons them. Without the ethnic people’s freedom to manage their resources, Africa’s mixed economy remains a most irresponsible political system.

Africa is almost synonymous with poverty, disease, hunger, war, illiteracy and human right abuses. Many post-colonial government office-holders live extravagant lifestyles, while the people languish in poverty, disease and tribal wars. “These wars diminished in number after the turn of the millennium, but their chief cause – the lack of common nationhood – remains. Africa’s nation states were formed by foreigners, lines drawn by Europeans on maps of places they had often never been to. They carved out territories, cut up kingdoms and societies of which they had little idea… Africa’s nation states lack a common conception of nationhood.”[1]

Progressive societies grow from people’s agreement to collaborate in using their human and natural resources to produce what they need and trade.[2] Humans create wealth by applying their intelligence on natural resources (land, mineral resources and labour) to produce useful commodities.[3] To ensure steady satisfaction of needs, people adopt different political systems for owning and managing these factors of production. Different societies choose specific political systems according to their cultural circumstances to enable everybody’s development and contribution to the society.

In socialism, government owns the major factors of production (land and minerals), while the people provide skilled/unskilled labour to earn money. The government establishes industries for extracting agricultural and mineral resources, and for technical production. To justify ownership of the primary factors of production, socialist states provide education, social services and regulations for the people. Popular socialist states include China, Denmark, Finland, Netherlands, Canada, Sweden, Norway, Ireland and Belgium.[4] Socialist advocates argue that socialism improves human dignity and wellbeing by making all citizens’ shareholders in the state.[5]

In capitalism, private citizens own primary factors of production through companies, and then pay taxes to a central government. The government in turn uses the tax to provide education, healthcare, regulations and other social services for citizens. The various capitalist industries and firms employ other citizens to produce and distribute profitable goods and services. Hence, many citizens earn their living by working in capitalist companies, yet governments provide social services, regulations and jobs for the rest. Many high-earning nations adopt capitalism since individual owners compete for excellence and market-share.

Current Africa’s political system follows the colonial pattern of confusion between SOCIALISM and CAPITALISM, called MIXED ECONOMY. It leans towards socialism when seizing people’s lands[6] and mineral resources[7][8][9] for former colonialists’ industries and foreign exchange. And it turns to capitalism when it comes to responsibility for the people whose mineral resources are seized and exported. Hence, African governments abandon the exploited people to provide jobs, healthcare, water, electricity, roads and other social services for themselves without access to raw materials or mineral resources.[10]

Before colonialism, different African kingdoms and communities had their different ways of owning and sharing their lands among clans.[11] Then different families shared their land-portions among family members from which they cultivate foods or mined resources for crafts and blacksmithing.[12] Various African goldsmiths and blacksmiths fabricated hoes, gongs, arrows and other basic tools for various occupations, exemplified in the reign of Shaka-de-Zulu, Kankan Musa of Mali and other ancient African empires. Eventually they traded their different products by barter among themselves, or other communities who had products to exchange. This political system could be called communal-capitalism without physical money, which would have adopted money system and developed better.

Eventually, European colonialists invaded Africa with guns in search of mineral resources for their industries.[13] With brutality, they ousted the socio-political systems in which different African kingdoms, groups and communities owned their lands and resources. In place of the indigenous system, they amalgamated different unconsented and dissimilar kingdoms and communities under single colonial administrations they carved as countries.[14] They executed, jailed or exiled different people that opposed their takeover, and trained few loyal natives to assist in local administration.[15] The loyal native trainees learnt the invaders’ language and were promoted to collect taxes, seize and export mineral resources and hold fellow Africans against rebellion. The loyal native assistants were rewarded with colonial tickets (money) for buying European consumer goods,[16] while the natives lost access to their mineral resources for producing tools and other items.

After Mahatma Gandhi’s independence revolution in India, the world criticised colonialism, and many Africans demanded independence. To avoid a repeat of Indian-styled revolution in Africa, colonialists handed over to their loyal assistants to continue their agenda.[17] They made constitutions to guide their former assistants to militarily control Africans and supply their resources for tickets to European products. This was how the different communities who had used their mineral resources for producing tools lost their resources to colonially-imposed governments. The colonially-imposed government then give out different ethnic people’s mineral resources to favourite private companies.

EFFECTS OF THE IMPOSED MIXED ECONOMY ON AFRICANS

Due to the seizure of mineral resources, many Africans lost courage in their ability to utilize their resources for productivity. Instead, they pursue tickets (money) for buying foreign products. They struggle for these tickets by providing administrative or resource-exportation service to post-colonial governments. The remaining people struggle to import, market, use, install or prescribe some foreign product for profit. The profits later return to foreigners as payment for some foreign goods or service.

Africa’s mixed economy is thus a blend of the imposed government resource-confiscation and private companies’ importation of foreign products. Some of the resources the post-colonial government seize and export to foreigners are deposited in specific ethnic communities. But since the colonially-imposed constitutions state that resources belongs to the arbitrarily-made countries, other ethnic communities insist on joint ownership. Hence, other communities and tribes who do not have the foreign-demanded resources insist on joint ownership/management of other people’s resources. They eventually prefer that the resources be sold, so they can get shares of the money (tickets to foreign products). This is why many African communities, families and individuals remain poor and underdeveloped instead of creating wealth from their respective human and natural resources.

WHY ARE SOME AFRICANS DEFENDING AFRICA’S MIXED ECONOMY?

Despite the unproductivity and increasing poverty resulting from Africa’s mixed economy, some African scholars defend it. They suggest that identifying colonial interference as a root cause of Africa’s poverty is blame-game and irresponsibility from Africans. Instead they prefer to blame the undistinguished generalization of ‘WE CORRUPT AFRICANS’ despite the fact that the different communities were forcefully merged and held together at gunpoint. Some of the reasons why some Africans may still support Africa’s mixed economy include:

But despite the fear of losing out foreign products in the demise of Africa’s mixed economy, they can learn to process theirs. Every community in Nigeria has resources to process for productivity: human resources, solid minerals, agricultural and other natural resources. And Africa may never get out of poverty if thousands of communities depend on foreign revenue from few communities’ resources. Instead, every community can rise to use their resources for producing and trading what they can with other people in Africa.

African countries who wish to free themselves from poverty-sustaining Africa’s mixed economy may take the following steps:

When different ethnic communities rise and use their natural resources to produce what they can for consumption and trade, poverty will reduce significantly. Though there may be some initial doubts and fears, of losing a bird in hand for oncoming fifty. Yet, the ethnic communities in Africa will recover their confidence for local productivity.

[7] Nigerian minerals and mining act 2007 act no. 20, chapter 1, Part 1, Section 1, paragraph 2 “… all lands in which minerals have been found in Nigeria and any area covered by its territorial waters or constituency and the Exclusive Economic Zone shall, from the commencement of this Act be acquired by the Government of the Federation…”  “No person shall search for or exploit mineral resources in Nigeria or divert or impound any water for the purpose of mining except as provided in this Act.”  “The property in mineral resources shall pass from the Government to the person by whom the mineral resources are lawfully won, upon their recovery in accordance with this Act.” – Though this is just for Nigeria, some other African countries operate on similar rules.