Managing labour unions and strike actions for justice in Nigeria 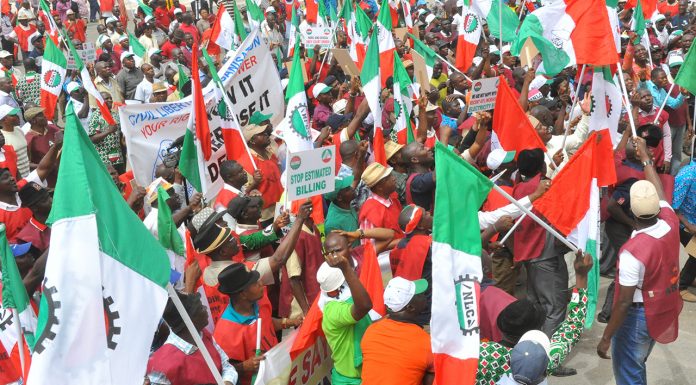 In polygamous families, when wives feel their husband is stingy, they turn the children against him or deny him intimacy. The wives may stop collecting his insufficient money, or starve the children to blame their father’s stinginess. The wives’ demands may be genuine to take care of the family, or fabricated just to extort the man unnecessarily. In either case, a wise man negotiates sincerely with his wives to avoid further breakdown of order in his family. In social dissatisfaction and strike actions, responsible governments sincerely negotiate with labour unions on tasks and rewards for peace and progress.

Strike actions have become so constant in Nigeria that students leave space for unexpected strikes when planning their future. Some patients have been abandoned to suffer or even die due to strike actions in public hospitals. Civil servants complain that politicians allocate nonstop huge allowances to themselves, while frustrating workers’ conditions and rewards. Hence, lecturers, health-workers, social service providers, office aides, public institution workers and even marketers often boycott work in protest. To avoid individual victimization by government or private institutions, these workers form different stages of unions for protecting their interests. The apex body formed for protecting workers’ interests in Nigeria is called Nigerian Labour Congress.

Nigeria Labour Congress (NLC) was founded in 1978 following a merger of four different organisations: Nigeria Trade Union Congress (NTUC), Labour Unity Front (LUF), United Labour Congress (ULC) and Nigeria Workers Council (NWC).[1] The numerous affiliated unions were restructured into 42 industrial unions (find list at the bottom of the page). Since then the congress has continued to interfere in employers/government’s policies that affect Nigerian workers. They begin, sustain and/or interrupt several strike actions to protest perceived injustices or demand supposed rights. The inconsistence of the strike resumption and suspension often cast doubts on the genuineness of the demands and protests. Some people suggest that labour unions use strikes to exploit the society more than their productive roles in Nigeria. Thus, it becomes necessary to trace the productive roles of Nigerian workers from beginning till present.

Role of Nigeria workers from the colonial era till now

Nigerian workers’ roles is traceable to the functions of the indigenous assistants to former colonial masters. Colonialists created Nigeria by violently binding several unconsented kingdoms and communities[2][3] under a militarized government for exploiting mineral resources.[4] They executed, jailed or exiled the people that opposed their takeover, and trained few loyal ones to assist in local administration.[5] Before leaving at independence, they fixed a constitution to guide their indigenous replacements[6] in seizing and exporting the people’s resources.[7][8][9]

Thus, the major purpose for creating and sustaining Nigeria is for exploiting resources for colonialists, not for indigenous wellbeing. Other administrative efforts in education, healthcare, infrastructure and social regulation are excuses to justify the imposed social structure and seizure of resources. Then, Nigerian government created states, local governments and ministries to share few foreign products obtained from selling seized mineral resources. Hence, Nigerian workers are not meant to produce industrial products, but to export crude resources, and to regulate and share imported products to Nigerians. These works distract and hinder different Nigerian communities from retrieving their resources for modern productivity and economic independence.

Why are workers and labour unions neglected in Nigeria?

Government’s reluctance in improving workers’ conditions and allowances bears a silent message of disregard for their roles in the society. If materially unproductive housewives starve themselves and the children to push their demands, the man may not take them seriously. He will hope that when they get too hungry, they will yield. But when the wives contribute greatly to the family business, and can block his source of income by their absence, he takes them more seriously. Some of the reasons why Nigerian government may not take Nigerian workers and labour unions very seriously include:

Reorganizing Nigeria for a productive relationship between government and labour unions

Without a sincere negotiation and agreement on worker’s roles and rewards for local productivity, strikes will continue happening. This difficulty in reaching a productive agreement springs from the root of Nigerian formation: Nigerians have never agreed or been given a chance to agree what Nigeria is.[10] Hence, a sincere government will reorganize Nigeria for productivity, so workers can contribute and exchange labour from actuation products. The process of reorganizing Nigerian labour for productivity above import dependence may include:

[7] Nigerian minerals and mining act 2007 act no. 20, chapter 1, Part 1, Section 1, paragraph 2 “… all lands in which minerals have been found in Nigeria and any area covered by its territorial waters or constituency and the Exclusive Economic Zone shall, from the commencement of this Act be acquired by the Government of the Federation…”  “No person shall search for or exploit mineral resources in Nigeria or divert or impound any water for the purpose of mining except as provided in this Act.”  “The property in mineral resources shall pass from the Government to the person by whom the mineral resources are lawfully won, upon their recovery in accordance with this Act.”